Last week saw the the culmination of a project between Simon Bray and Tom Musgrove with an exhibition at the Whitworth Gallery, and as part of the night, a short film documenting the process was shown to a packed out room.

The idea behind the project was to look at how a photographer and artist saw various UK locations differently, and me and James had travelled with them to Lindesfarne back in August 2014 to film them both, and then earlier this year I went with them to Northern Ireland to get footage of them at the Causeway Coast, and then I also filmed them back in Manchester to get extra material to use alongside some stills and footage they’d taken themselves at some of the other locations.

I was really pleased with how the final documentary came out – I think it tells the story really well, and it got a really good response on the night. The completed film (which includes footage from the Whitworth exhibition) is now up on YouTube, and you can watch it here:

I’ve got a couple of mates who are in the middle of a long-term art project called ‘The Edges of These Isles‘, where they’re looking at the differences in how an artist and a photographer capture the same location – and back in August 2014, me and James filmed them visiting Lindisfarne, and you can see that video here.

Well, we’re looking to produce a short film to tell the story of the whole of Tom and Simon’s project as they travel the UK, using some video stuff they’ve shot, along with footage that we’re able to get at certain points.

So we found out they were going to be travelling to Northern Ireland to visit the Causeway coast, so it was organised for me to go with them to film what they got up to! I had to travel really light, because the best flight Simon could find only had a really small bag size for hand luggage, with a weight allowance of 10kg, which would include both my clothes and all the kit I needed! Small items could be stuck in my pockets, but unfortunately I wouldn’t able to take any kind of camera support, or the Canon 70-200mm lens since it’s pretty heavy! 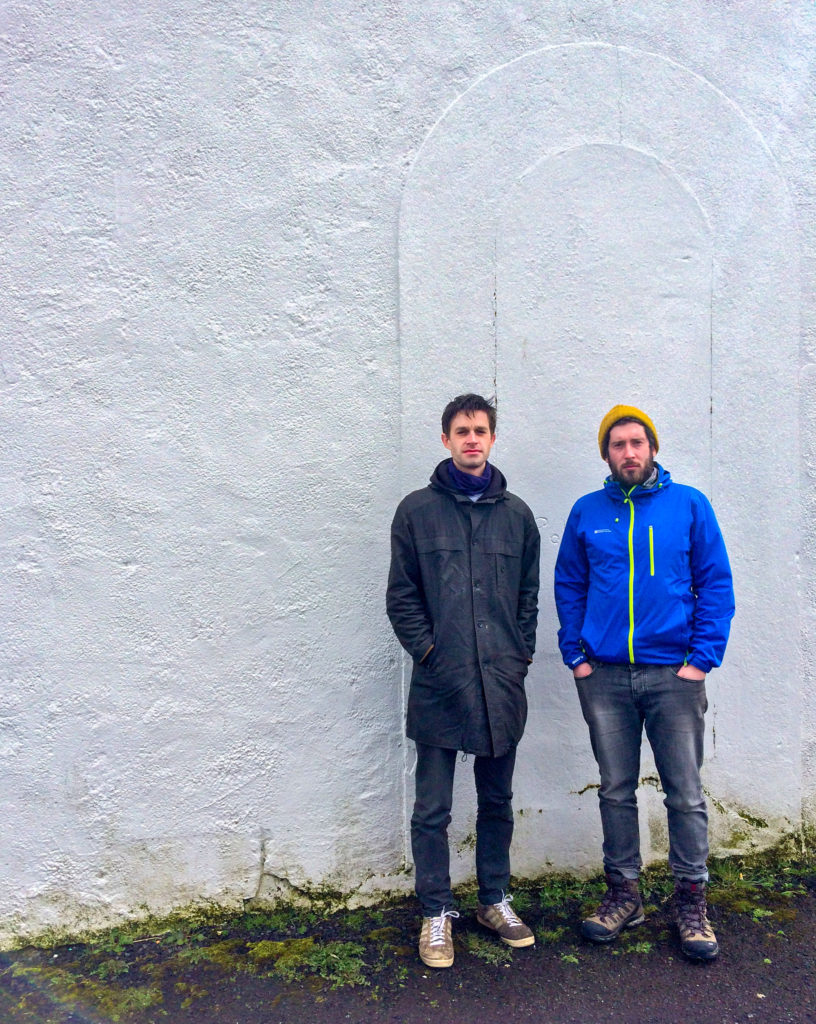