So it’s fair to say the pandemic has completely trashed my efforts to try and get back into work this year, with any jobs I had lined up cancelled. So when I was asked to help out with a short comedy drama to be produced in lockdown, I jumped at the chance!

A stand-up comic friend of mine is also an award-winning writer, and she’s penned a short script about a family getting to meet a new baby for the first time over a video call. 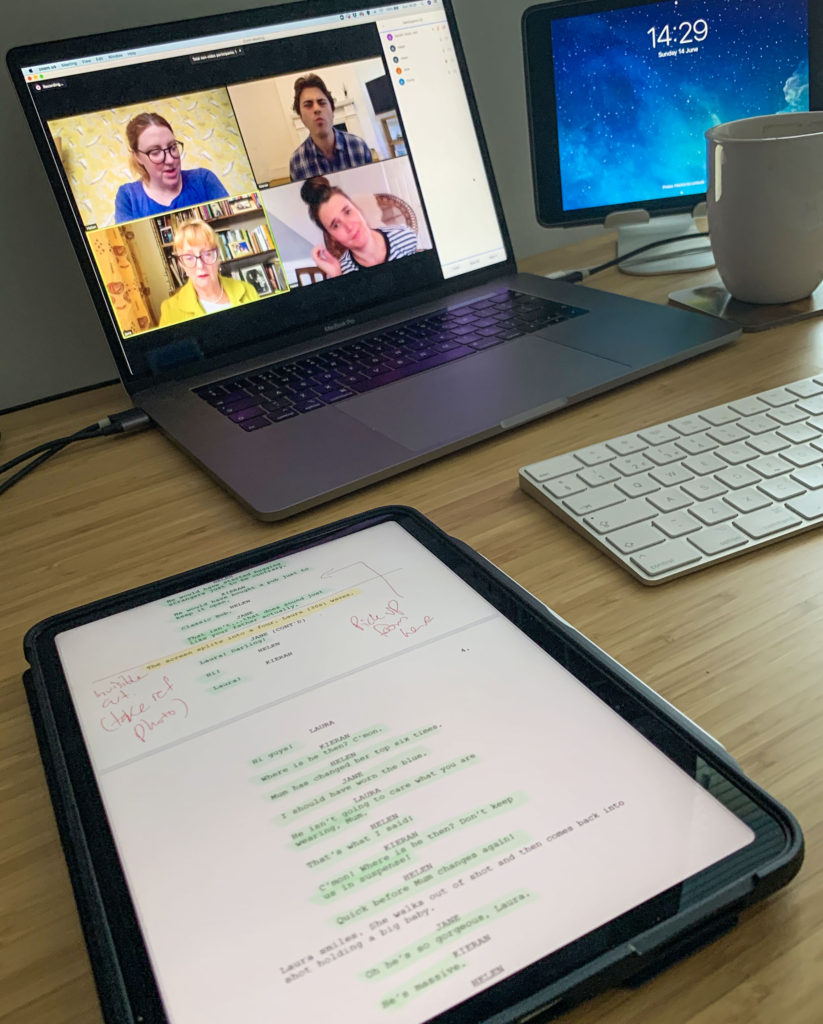 It involved 4 actors (and a baby!), so I needed to find the best way to record and edit it. I’ve not really used Zoom at all, other than for Emma’s wedding back in April, so did a bit of research, and originally I was planning to get them to record the footage locally on their phone cameras, just using the video conferencing to be able to hear each other.

But then I realised that since we want it to look like a video call, we could get away with recording the clean Zoom stream (as long as I made sure I had a good internet connection, and kept an eye out for any freezes), Although, I did make sure we recorded everyone’s audio locally so I could mix it properly afterwards.

We did a rehearsal (minus baby) on Sunday afternoon, and recorded the last take so I could check it would all work when we did it properly, Then on Monday afternoon, we recorded it for real – it took about 10 takes in all, and the edit is made up of 2 of the best ones, with a bit of clean-up on the footage to help with the full screen shots. In the edit, I also tightened it up in places to deal with the inherent delay introduced with video calls.

I’m really pleased with how it turned out – the actors were all really great, which helps(!), and I think it’s an enjoyable watch and keeps up the momentum for the 4½ minute run time.

I’ve also put together a short compilation of some of the outtakes here!