At the start of my self-isolation, this landmark seemed a long way off – but yesterday was 100 days since I locked myself away! I think the official lockdown started 100 days tomorrow, but I’d not been out a few days before they made the announcement.

I remember thinking at the start that having to stay indoors until mid June felt like a prison sentence – and we’re now past that and we still have no idea when things might get back to normal! I know pubs and restaurants are allowed to open with restrictions from this weekend, but there’s no way I’d venture into one of them for the foreseeable future!

One thing that has taken a bit of a hit during this lockdown period has been my fitness. Obviously, with the whole heart-failure thing, I’ve been aware of how much more easily I get tired, and how my general fitness level has been pretty low, but I had eventually managed to get into a bit of a routine with going to the gym and building up my cardio fitness. But since lockdown, that’s all gone.

I’ve hardly been out of the house over the last 3 months (you can count the times on one hand!), and I’ve not really been able to get myself to do any decent exercise indoors. I know I could probably find somewhere pretty remote to go out for a decent walk whilst avoiding people, but the flip side of that is I’m worried that if I’m out somewhere and I have a problem caused by me heart, then there’s no-one around to help! I know it’s probably ridiculous, and it shouldn’t stop me, but it does stop me getting out there. 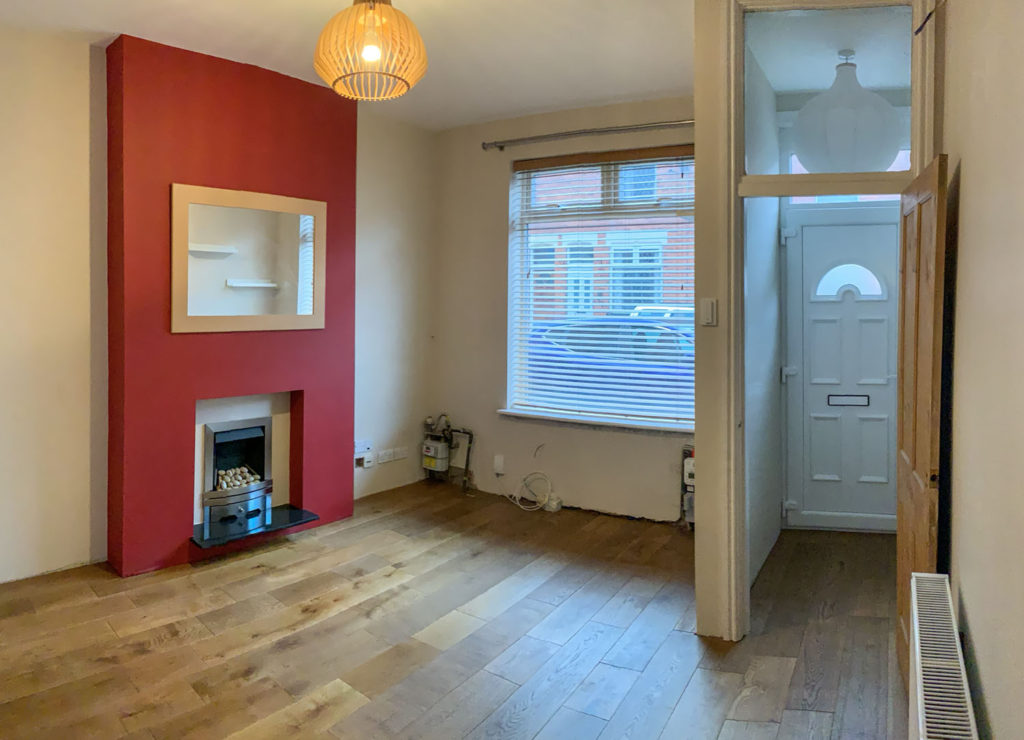 Flooring finally goes down in the living room!

Anyway, onto something a bit more positive – I finally got the flooring in the living room sorted! I originally bought it all way back in January 2017, but it’s been sitting there ever since, and then finally a few weeks ago I got Craig to lay it all! It looks really nice, but I now need to find a decent carpenter to box in the utility meters and to build some floating shelves in the left alcove, but it does feel that I’m a lot closer to everything being finished!

Another thing I’ve been doing is sorting through old photos that were taken before I had a digital camera, and there are lots of them! I’ve also got tonnes of the original negatives that I need to sort out, and I really want to look at scanning them all so that I have high quality digital copies. I’ve been doing a bit of research of the best way to do it, so today I’ve ordered a negative film scanner which will let me scan them all – it looks like it’s out of stock everywhere at the moment (I assume others have had the same idea during lockdown!), but hopefully it won’t be too long before I get it!