So it’s now been 10 weeks since I started self shielding, and it’s been quite a weird period – I am suffering a bit from cabin fever!

I’ve only been away from my house once in that time, when I had to go for a scheduled blood test, which in itself was quite weird because I didn’t see any other patients in the surgery, and the nurse was wearing full PPE, looking a bit like a welder! The last time I was in a supermarket was 20th March – for the first month or so, I managed to get some delivery slots from Amazon through my Amazon Prime app (although I had to log in just after midnight to have any chance of getting one!)

But I found it a bit hit and miss over whether the item was in stock, or what they chose to substitute stuff with, so the last month I’ve been able to get delivery slots with Tesco (again, you have to go on at the right time!), and this has been more reliable so far. 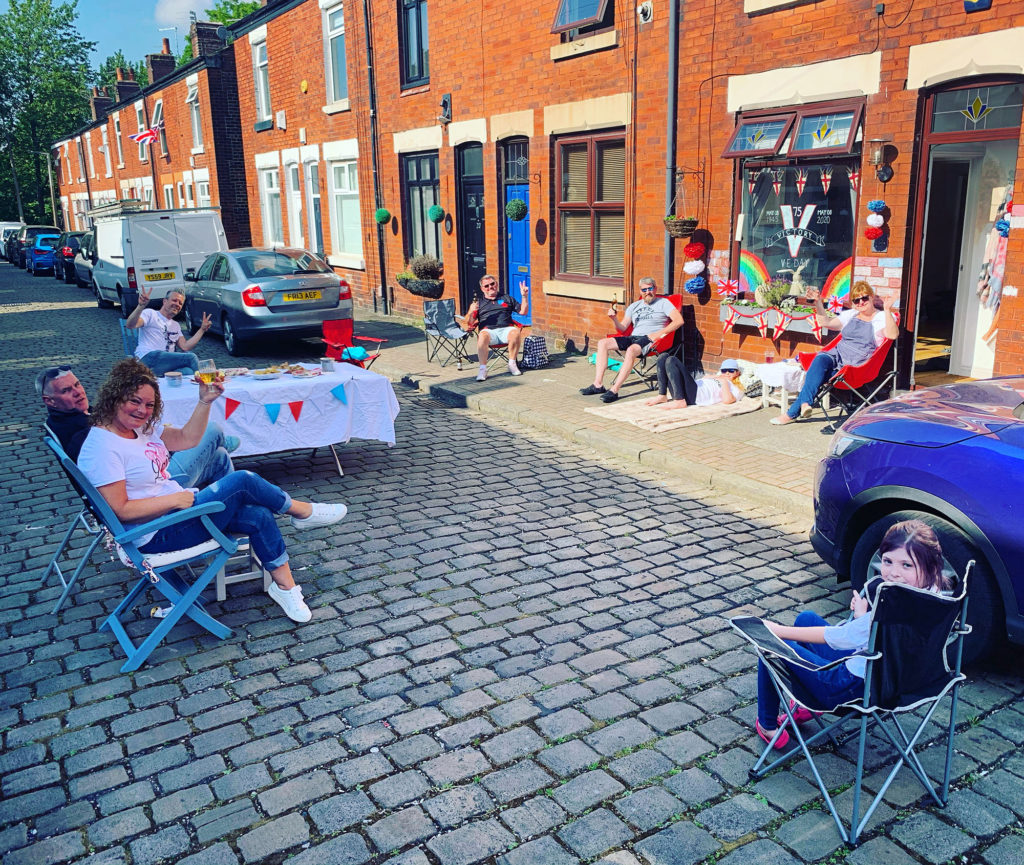 A few weeks ago, I did get to speak to a few of my neighbours because we had a sort of socially-distanced street part for VE day. Compared to some I saw on TV with congas and questionable distancing, ours was very low-key, with just a few houses taking part, and sitting on the pavement or road in camping chairs whilst enjoying the sunshine, and listening to ’40s music! Natalie had put some food out on a table, which I guess could be problematic, but the only thing I had from there was a slice of cake, and no-one else’s germy hands had been near it!

With regard to speaking with other people, I haven’t really done so other than with direct family every so often on the phone. You see everyone going on about socialising with each other over Zoom or Facetime, but I don’t really have anyone to do that with to be honest… the only thing I have been doing is a quiz that Dave Bateman’s been doing on Friday nights, but it’s through YouTube so is only one-way, so it’s not particularly sociable!

There’s talk in the media about trying to get back to normal life soon – I was reading a story on BBC News just today where the government’s own scientific advisers are warning against lifting the lockdown too early. The way I see it is that nothing’s changed scientifically – the main reason for the planned easing is because of the economy rather than health. Currently there are 50% more deaths and twice as many new infections daily than when we originally went into lockdown! So I don’t think I’ll be heading out in the near future!