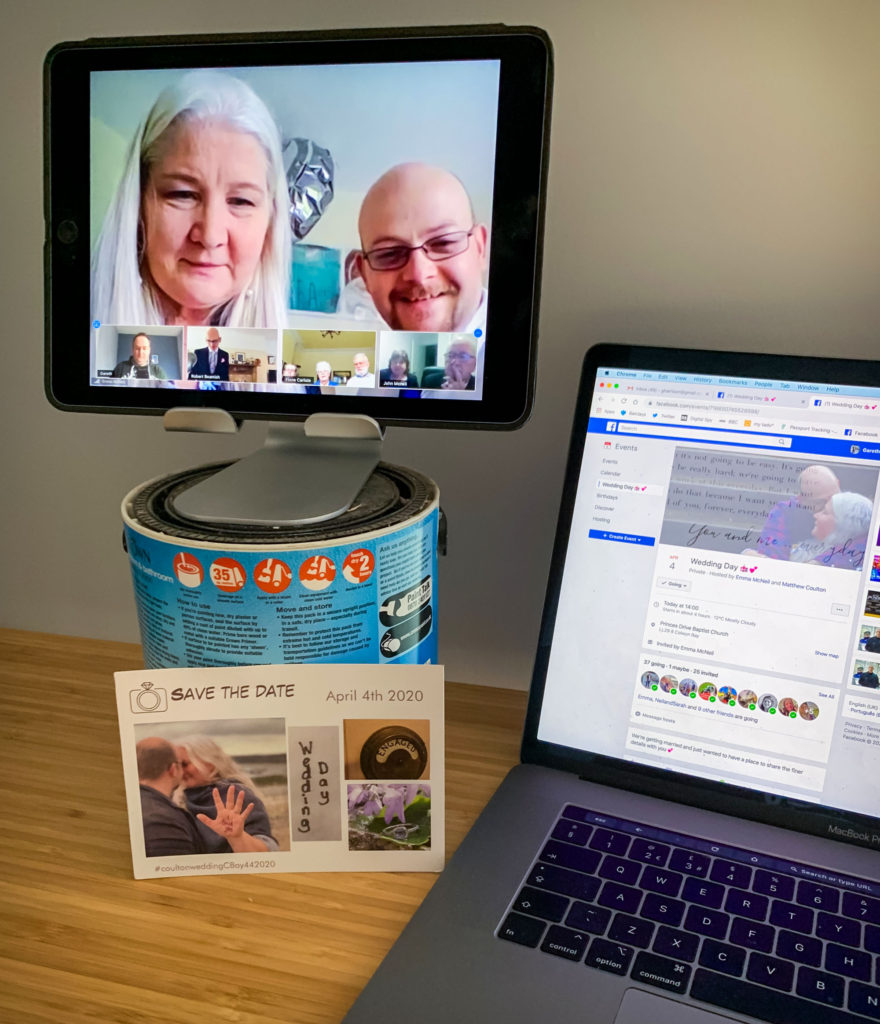 Well, yesterday was supposed to be Emma’s wedding to Matt, but because of Coronavirus, everything was up in the air. I was originally supposed to be helping with some of the photography, but a couple of weeks ago had to make a decision not to go because of probably needing to self shield (luckily I was able to cancel the hotel I’d booked in Llandudno. When I let Emma know, she told me they’d have to postpone the main wedding, but just have the marriage bit with only 10 people attending.

But since then, full lockdown was introduced, so even that wasn’t possible, so that was the last I’d heard until I happened to notice on the Facebook event page that they were going to be having the wedding on Zoom instead!

The wedding was scheduled for 10am, and I didn’t see it until about 40 minute beforehand, so didn’t get a chance to dress up… so I attended wearing a hoodie, with a mug of coffee and some toast!

It was my first time using Zoom, and it can be quite overwhelming with so many voices, but when the actual ‘service’ started, they muted everyone’s microphones other than those doing stuff. Emma and Matt were in one house, and the minister in another – they’d got permission from the Baptist Union of Great Britain for him to marry them from a different location, so this was basically the ‘church’ part of the service, and they’ll be doing the ‘civil’ bit as soon as they’re able to!

Obviously, it was a shame not to experience it properly (although easier to get there and more comfortable than wearing a suit!), but hopefully they’ll be able to have a proper celebration later on in the year!