Just thought I’d do a bit of a catch-up on some gigs and shows I’ve been to so far this year.

Last night I was at the Manchester Arena to see the Stereophonics. I had a seated ticket, and I was in a block quite near to the stage, so had a pretty good view. With the current situation regarding Coronavirus, I was a bit concerned about being in such a big crowd, but luckily there was no-one nearby coughing crazily(!), and I tried to make sure I didn’t touch my face, or touch too many doors or bannisters! It made me feel glad I’d only been able to get a seated ticket when I saw how much the people down on the main floor were squashed up against each other! 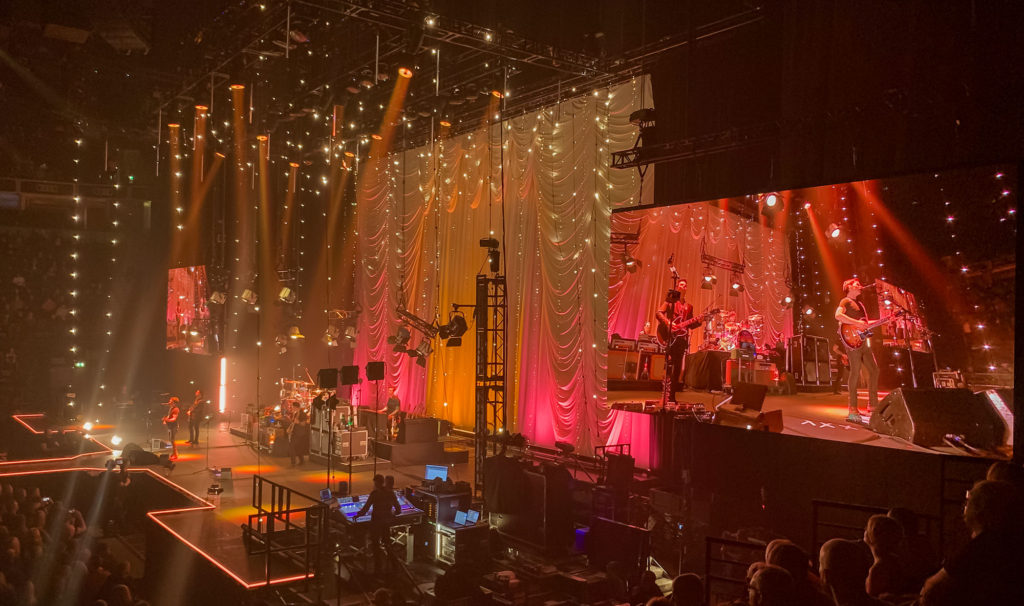 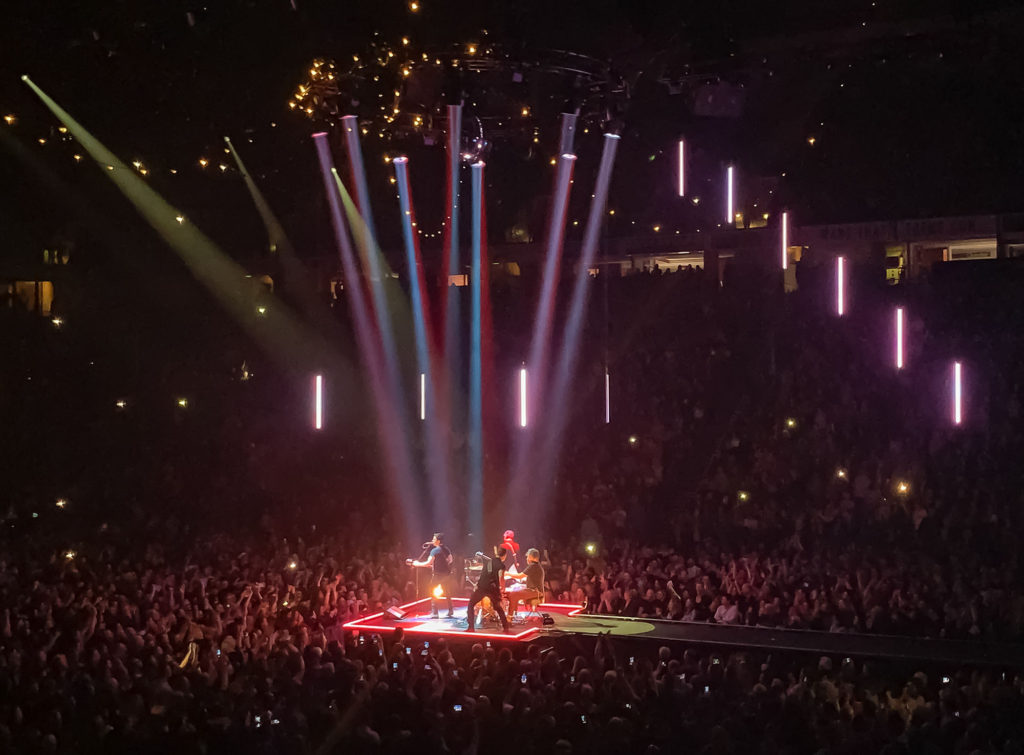 Anyway, it was a great show – there was a really amazing atmosphere, and they’ve had SO many hits! And I enjoyed that this was a performance of loads of songs that I knew! The stage and lighting I thought looked stunning, and the show really filled the vastness of the arena. One thing that did throw me a bit a the start was that they came on and performed ‘C’est La Vie‘ with the house lights still up, which I couldn’t work out whether it was intentional or a technical issue! But apart from that, it was superb!

Oh, and the support act, Nadia Shiekh, was good too – I actually ended up buying her CD from the merch stand! 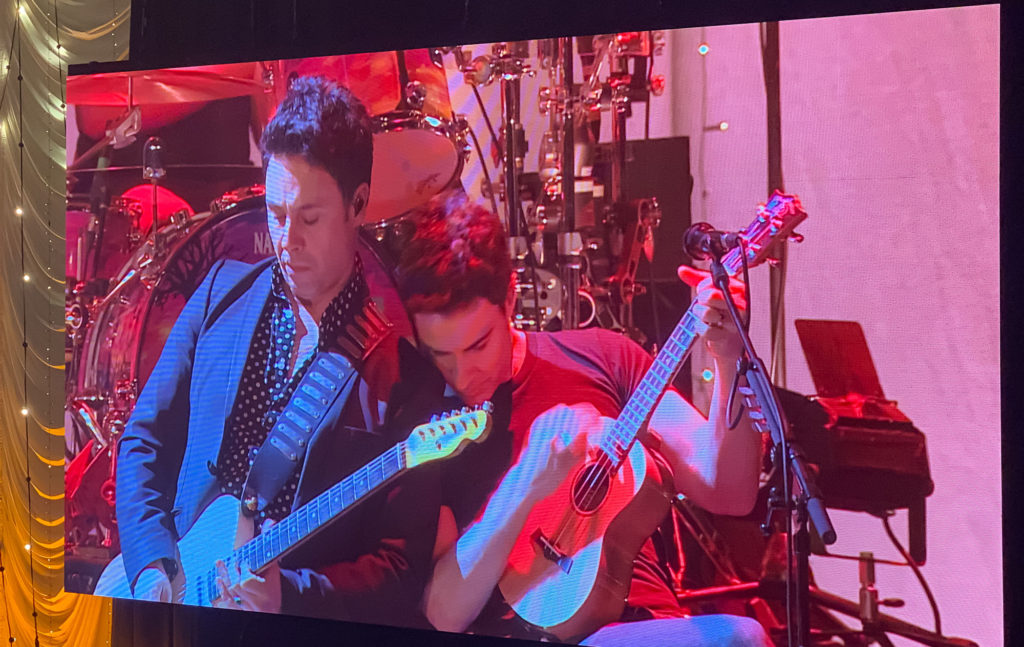 Next up – a couple of weeks ago, I got a comp ticket to go and see The Coral & Supergrass at the Victoria Warehouse. I decided to get the tram there from East Didsbury, but I didn’t realise there was also a match on at Old Trafford, so the trams were rammed with United fans! But when I had to change trams, I strategically let a couple of them go past and waited for a slightly emptier one to get on!

Wasn’t fussed by the first band on, so just got myself a drink from the bar, and waited for The Coral to come on. I’d seen them play at Blossoms’ Edgeley Park gig last year, so I knew what they’d be like, and they didn’t disappoint! I’d not been to the Victoria Warehouse before, but it’s quite an intimate venue, and it was quite easy to get down to the front which was cool. 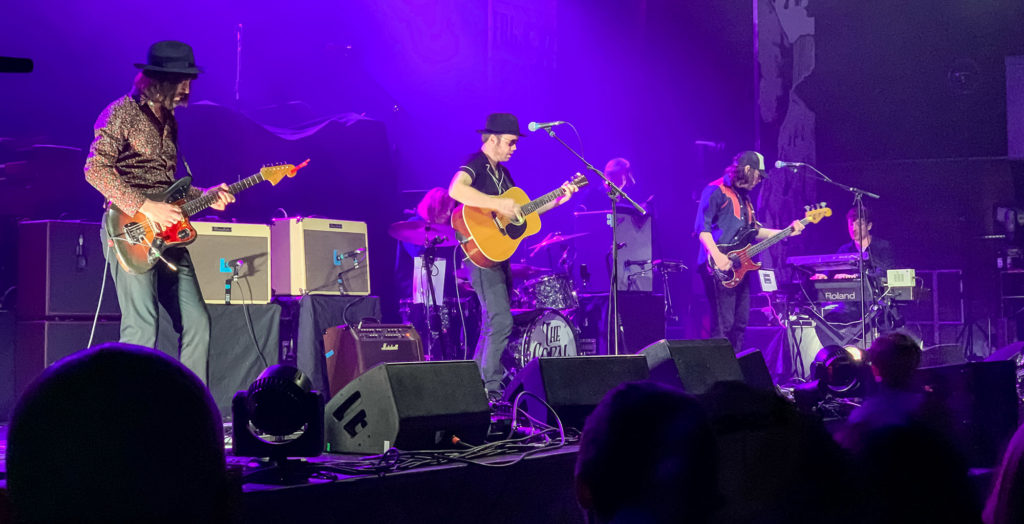 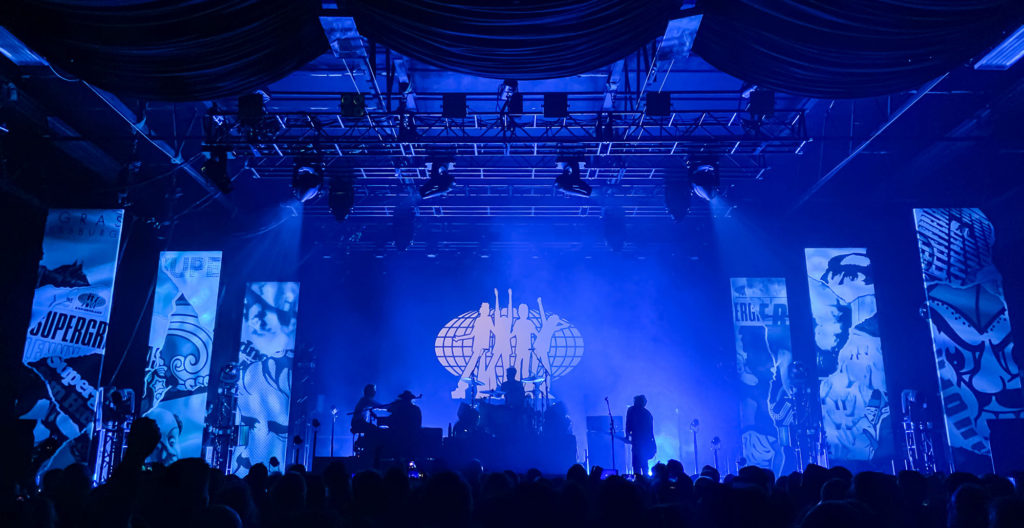 Then Supergrass took to the stage, and even though I probably know more songs from The Coral, I was pleasantly surprised by how many of tracks of theirs I recognised, and I also enjoyed the ones I didn’t. The band certainly look quite a bit older than I remember them (I mean, to be fair, their biggest hits were 20 years ago!) but they did put on a really good show. And they brought on a special guest, Johnny Marr from The Smiths, and they did a cover of ‘Please, Please, Please, Let Me Get What I Want’, with Johnny Marr and Gaz Coombes sharing the vocal! He also stayed to join them for their next track, ‘Sun Hits The Sky‘. And at the end of the encore, the crowd wen pretty wild when they finished with ‘Pumping On Your Stereo‘. 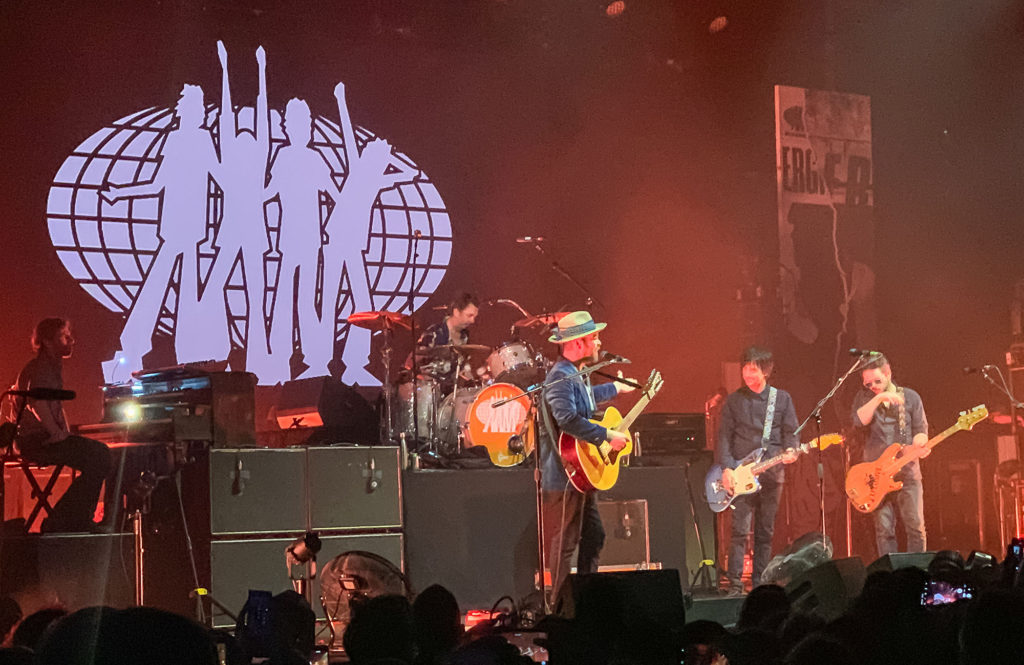 In It for the Money
I’d Like to Know
Diamond Hoo Ha Man
Mary
Moving
Seen the Light
Time
Mansize Rooster
Late in the Day
Richard III
Rebel in You
St. Petersburg
Going Out
Lose It
She’s So Loose
Grace
Alright
Please, Please, Please Let Me Get What I Want
Sun Hits the Sky
Lenny

Encore:
Caught by the Fuzz
Strange Ones
Pumping on Your Stereo

Also, a couple of weeks before that, I bought a last-minute ticket for Blossoms’ new album launch at the Stockport Plaza. I’m seeing them at the Manchester Arena at the end of the month (although who knows what’s going to happen with the virus stuff?!), but saw them post about this Stockport show on Twitter, and was able to get a ticket for the first show! 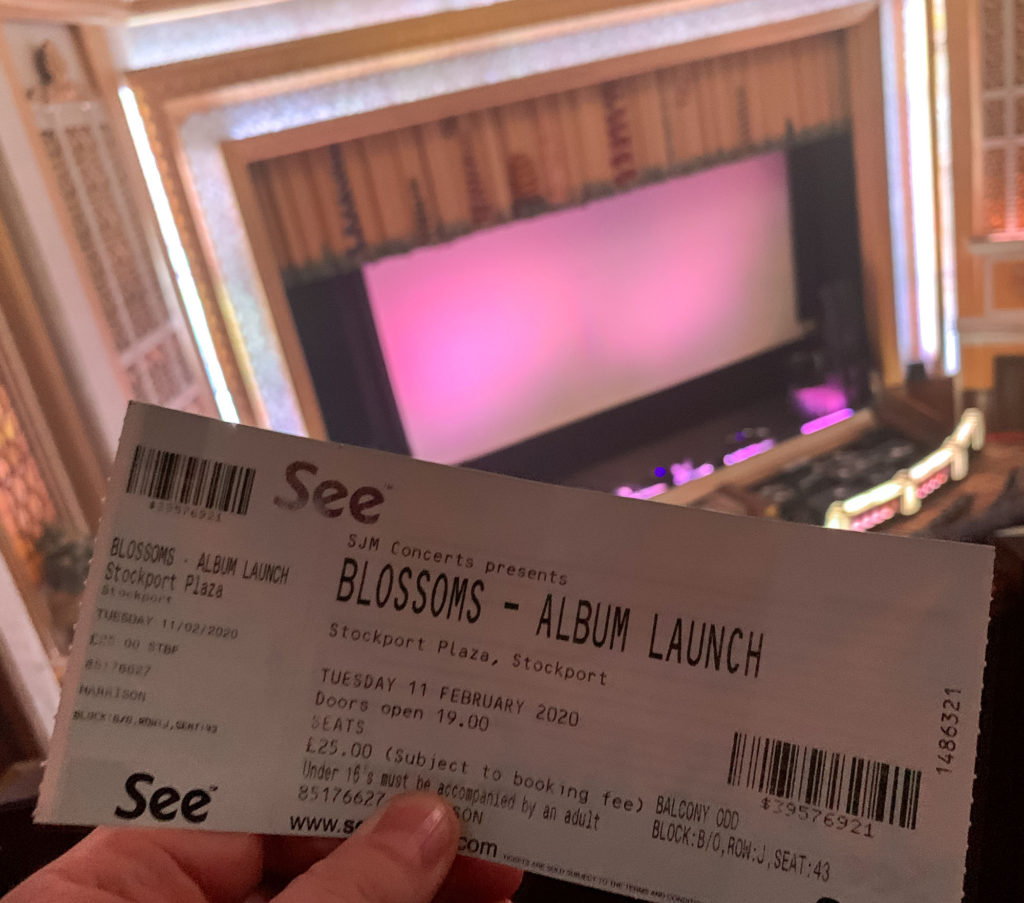 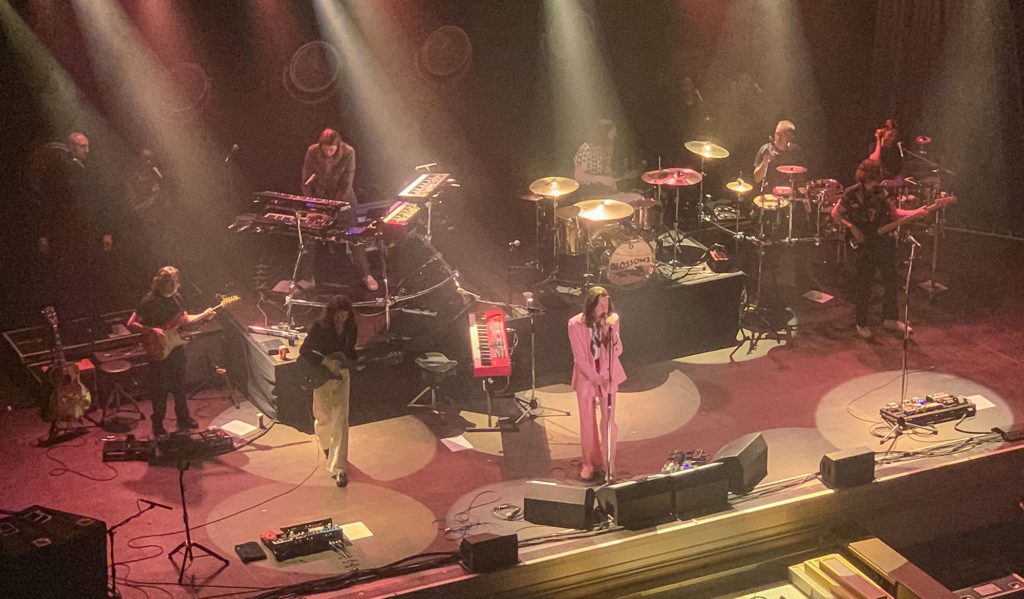 They opened with a screening of a short film they’ve made, documenting the creating of the album. It was really rough and ready (but in a cool way – seems to have mostly been shot on cine film) and it was cut together pretty well.

After the support act of Lloyd Griffiths doing a comedy set, the band came on with additional instrumentalists and backing singers, and it sounded amazing! They played through each track in order, and even though the album had only come out a week earlier, the home crowd were singing along and totally engaged.

I‘m really a big fan of their music – they write really catchy tunes, and have a kind of 80s electronic vibe mixed in with their guitar sound, and I really like how you hear Tom Ogden’s accent come though in the vocals! And the fact that they’re local is a bonus!

As well as all the tracks from the new album, they did an encore, ending with ‘Charlemagne‘.

If You Think This Is Real Life
Your Girlfriend
The Keeper
My Swimming Brain
Sunday Was A Friend Of Mine
Oh No (I Think I’m In Love)
Romance, Eh?
My Vacant Days
Falling For Someone
Like Gravity

Encore:
There’s a Reason Why (I Never Returned Your Calls)
At Most a Kiss
Charlemagne 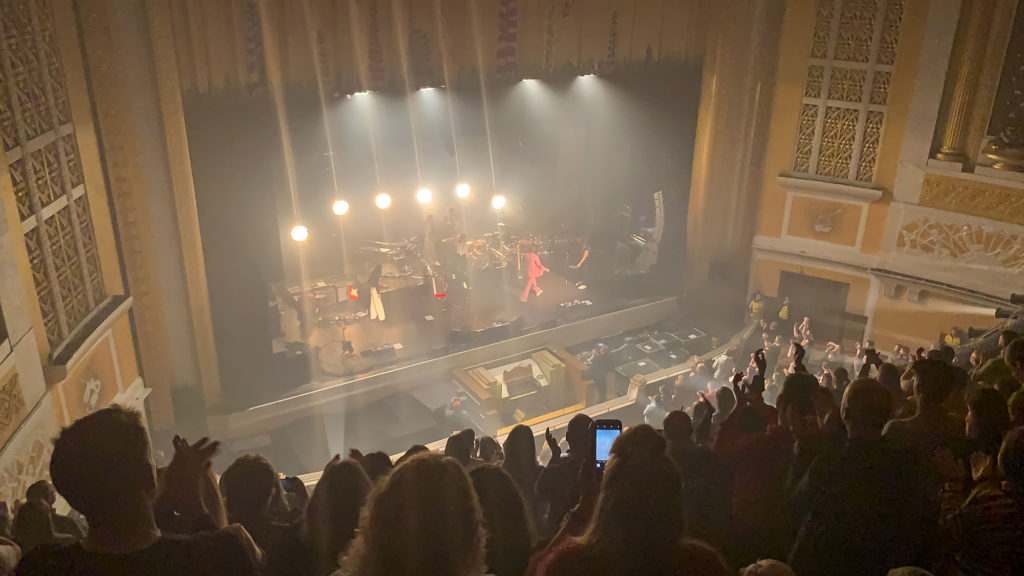 Oh, and the week before last, I went to the Opera House in Manchester to see the new ‘Back To The Future‘ musical! 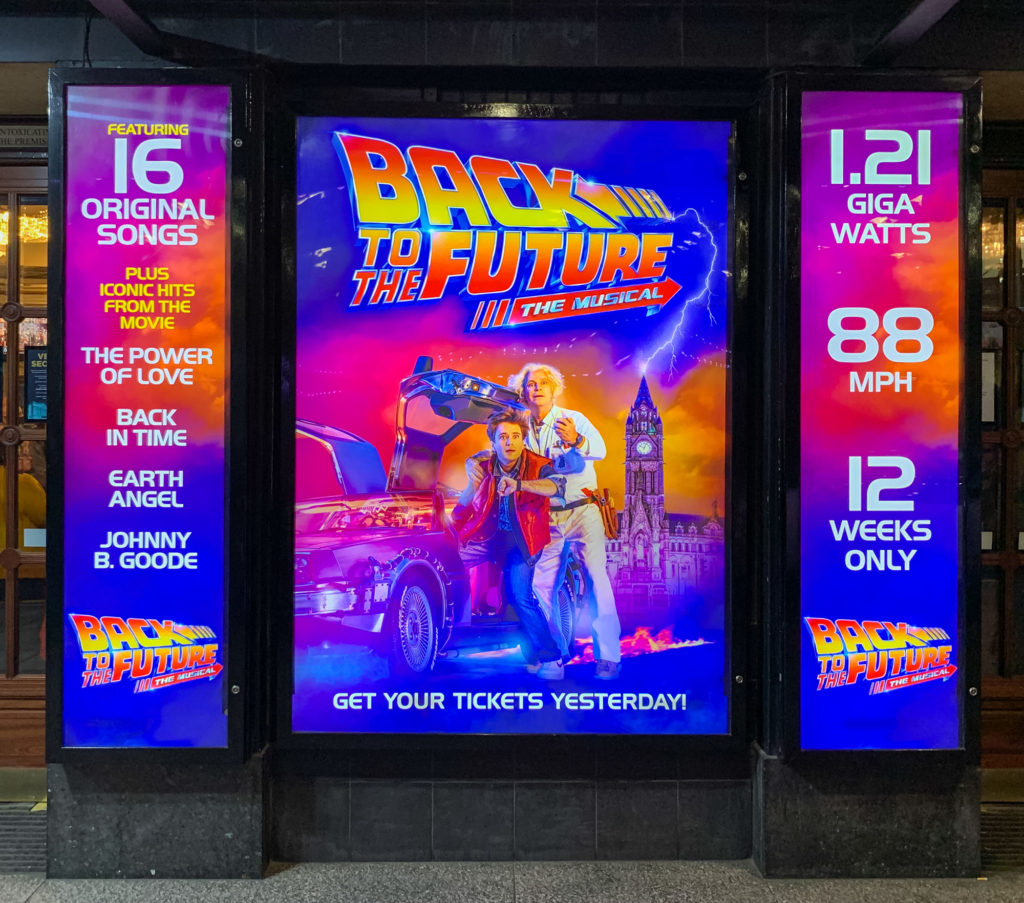 Back To The Future Musical at The Opera House.

It’s been adapted for the stage by the original co-writers, Bob Gale and Robert Zemeckis, and the new music has been written by the film’s original composer, Alan Silvestri (who also writes the score for Avengers!) It’s on for 12 weeks in Manchester, before transferring to the West End, so I couldn’t miss out on it!

It was so, so good. The cast are superb, and there haven’t been too many changes to the story to make it work on stage. But what really stands out are the effects – I’d really like to go and see it again, because there’s some really clever stuff going on, mixing set, lighting and video effects. And the DeLorean actually moves about on stage, and I’m not quite sure how they’ve done it(!), and it syncs up perfectly with the visual effects to make it feel that it’s really driving at speed. And the finale… the effects they did for that really blew my mind! If you get a chance to see it – go!