So this week, I’ve been to 2 different gigs at Edgeley Park stadium – handily just up the road from where I live!

The first one was Paul Heaton & Jacqui Abbott, and it was very last minute that I got a ticket for it. I saw Lee post on Facebook that he had a spare ticket available for the gig that night, so, having been a big Beautiful South fan back in the day, bought the ticket off his friend who couldn’t make it.

I thought about walking up to the stadium, but with my health situation, took the bus instead! I met Lee outside the ground, and we went in to grab a drink, before his wife Katie and her friend turned up. It was nice to catch up with Lee having not seen him since the beginning of February, and hopefully I didn’t bore him too much talking about my heart stuff!

So back to the music, and they were really good – there are so many songs you just know all the words to! I was worried it might rain, but even though it was quite cloudy, it stayed dry. I had to have a sit down for about 10 minutes half way through because I was starting to tire a bit, but then I was fine for the rest of the gig. I only had one beer – I don’t normally drink that much alcohol anyway, but at the moment I can’t have more that 1½ – 2 litres of liquid a day, which is a lot harder than you’d think! 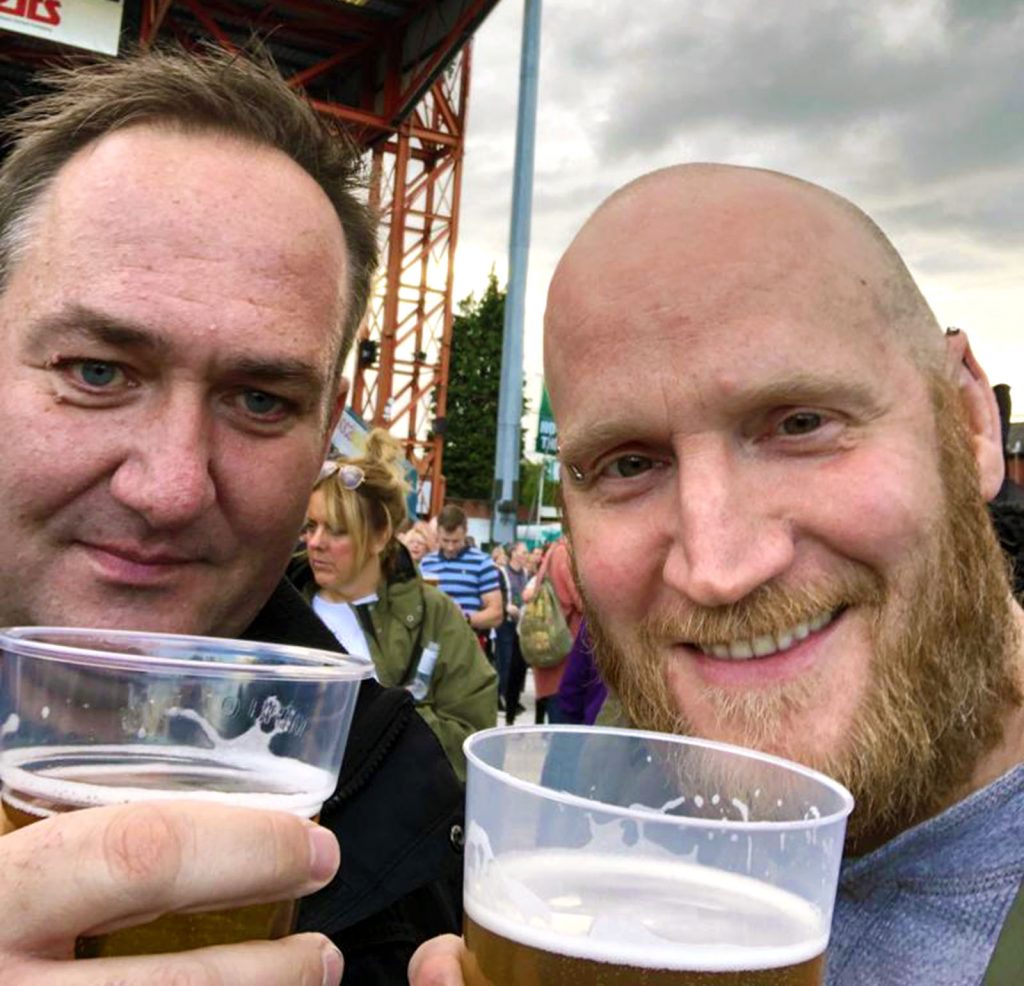 Afterwards, the whole of the street outside the stadium was flooded with people, so I had to wait ages for the bus home to fight its way through, and then it was so crowded because there are so few buses at that time of night!

And then yesterday, I was back there to see Blossoms play a big homecoming gig, with a few support acts (including The Coral) playing in the afternoon and early evening. I’ve been a fan of Blossoms since I first heard ‘Charlemagne’ played on Radio X, and now have both of their albums. It was a glorious day – the sun was shining, and there was a bit of a festival atmosphere going on. 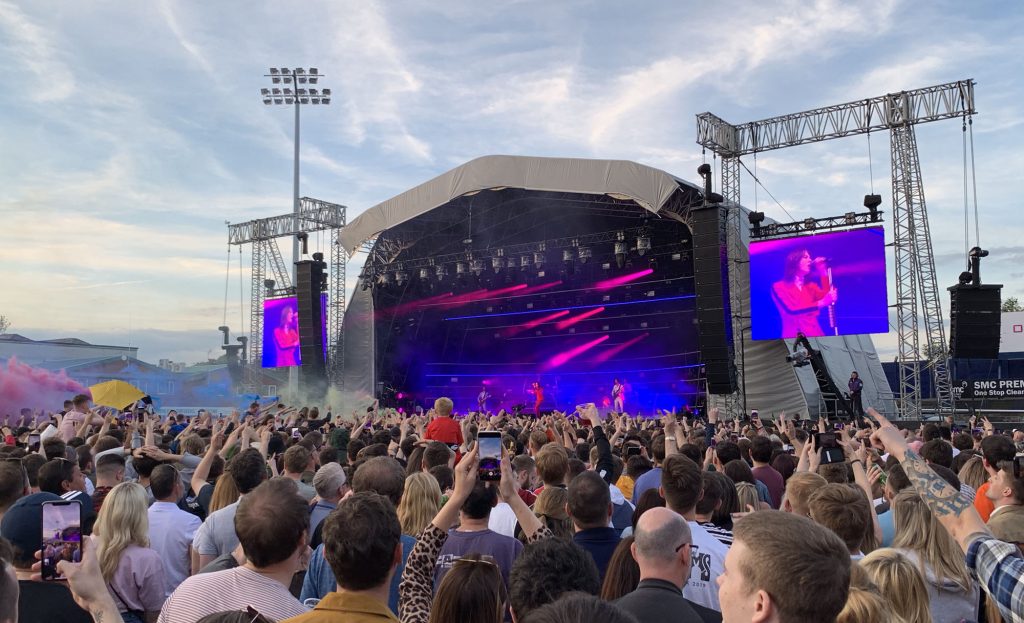 I also met up for a bit with Neil, who was in the bed next to me in the cardiac ward. In hospital we’d been chatting about music, and discovered we’d both got tickets for the gig, so said we’d have a catch up! So I spent a bit of time with both him and his wife before the main Blossoms set started.

The show was superb – I find their music really uplifting and catchy, and the crowd were really into it! I was fascinated by the mix of ages within the audience… from teenage girls to people older than me! There was one guy nearby who was a bit of an idiot – he was definitely on something, and tried to cause a bit of trouble with those around him, but he was put in his place by people you wouldn’t really want to argue with! 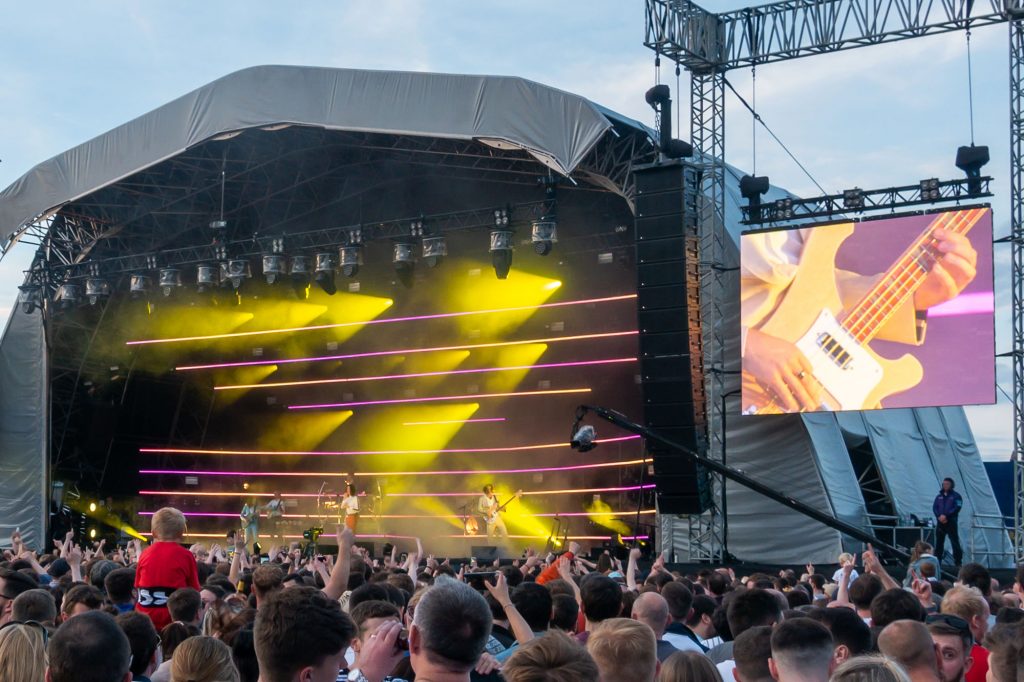 You could tell the band were really chuffed to be playing in Stockport to such a large crowd, and there was obviously a lot of local support there.

They ended their set with ‘Charlemagne’, firing a tonne of streamers out from the stage, and the crowd went crazy! I succumbed to the merch stand and bought a commemorative t-shirt with a Blossoms logo in the shape of the Stockport viaduct which I thought was pretty cool!