Last weekend I was up in Scotland with Ali for Steve & Tatiana’s wedding! The wedding was on the Friday, so I drove up on Thursday afternoon and then picked up Ali from the airport, who’d taken a flight from Bristol. However, as I was driving to the airport, I got a major warning light and message on my car saying ‘system fault’ which wasn’t ideal!

I get RAC membership with my car servicing, so called them up early evening, and an RAC man finally arrived quite late, and determined it was probably an issue with my battery not fully holding its charge and causing the error message. He reckoned it would be safe to drive over the weekend but that I’d need to arrange to get it checked soon at a Nissan garage.

Anyway, next day was the day of the wedding – I’d offered to live stream it for them, since a lot of Tatiana’s family weren’t able to make it over to the UK. We had breakfast and left first thing so that I’d have time to set up kit. I was only using a single camera with a BlackMagic Web Presenter plugged into my laptop. In hindsight, I wish I’d packed a 2nd camera to plug into it, but I think they were happy that there was any kind of broadcast!

You can still watch the live stream of the service on YouTube.

We discovered that Ali had left her scarf at the hotel, so after a call to check they’d found it, we took a bit of a detour after the service to go and collect it, before driving up towards Loch Lomond, and to Drymen which is where we the reception was being held. 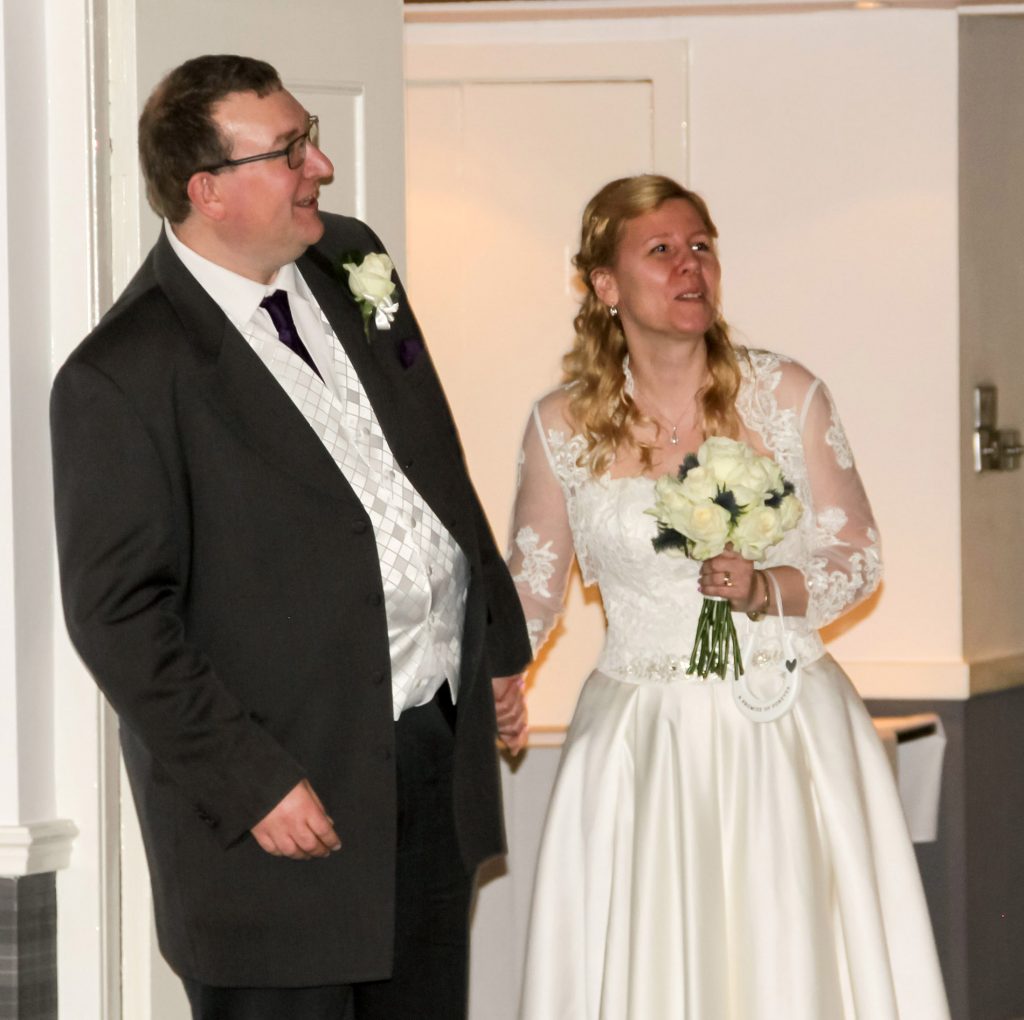 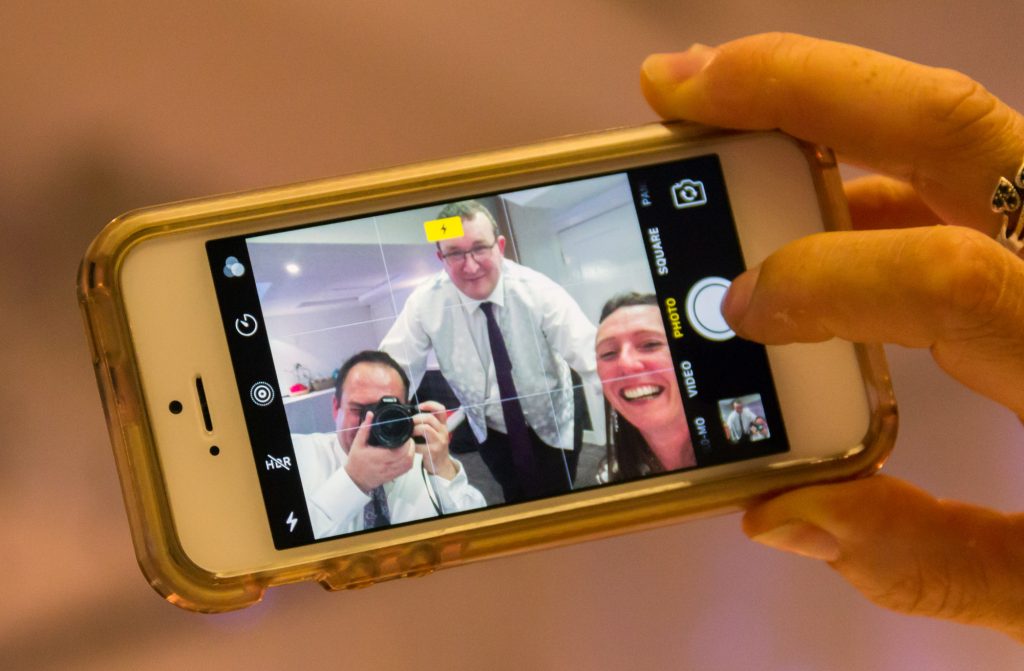 Me, Steve and Ali.

It was a really great day, and it was nice meeting some of Steve and Tatiana’s friends. At the evening reception, there was a cèilidh band, with traditional dancing, but I decided it would be better for everyone if I just stayed at my table and watched!

Me and Ali stayed at a nearby B&B in Drymen, and on Saturday morning, drove up to Luss which is on the west side of Loch Lomond. Since it was out-of-season, we had to negotiate with a guy for a boat trip on the loch – we had to wait for another 2 people to turn up, and pay slightly more to cover fuel, and so he then took the four of us out. 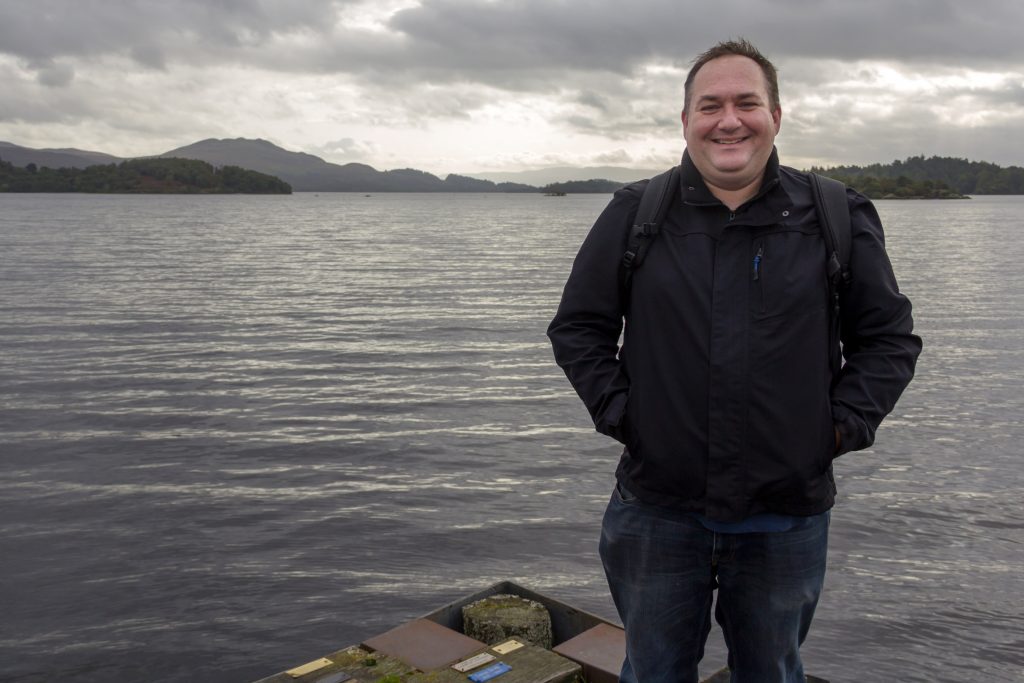 Me at Loch Lomond.

After our boat trip, we had some hot drinks and cake in a coffee shop Steve had recommended to us, and then drove further north to Inveraray, which is a small town on the west of Loch Fyne. We grabbed lunch at a pub, and then Ali did a bit of modelling alongside some of the town’s residents!

For the evening we drove back to Drymen, and then met up for a meal with Steve & Tatiana at a restaurant in Balloch – I had a really filling mixed grill, washed down with an IPA beer.

On our last day, the weather wasn’t as good – it was a bit drizzly, but nonetheless, we went to Milarrochy Bay, which is where there’s a lone tree at the edge of the water, and we’d been told by our B&B hosts that it was a good place to get a nice scenic photo. Finally, we had a bit of a walk around Balloch Country Park in the rain, before driving Ali back to the airport, and me then heading home to Manchester. 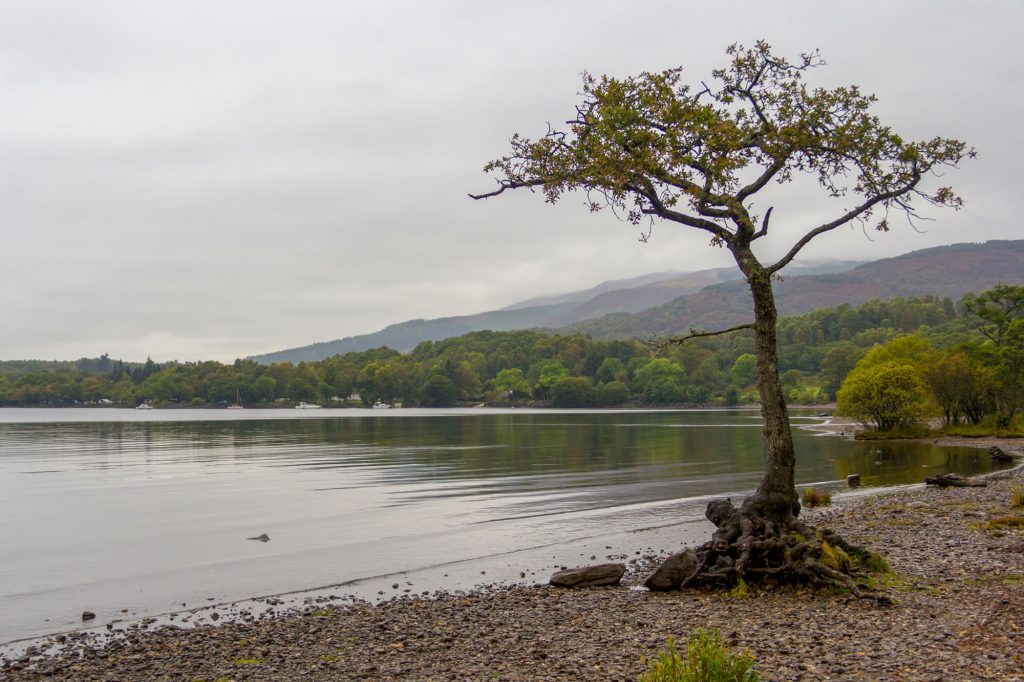 Also this month, in fact a few days before the wedding, all of us from work went to Old Trafford to watch England take on the West Indies. We were there with one of our clients, Leasing Options, who have their own sponsored area at the ground, and it was a good day out. The match was delayed for a bit because of rain, and the play continued into the evening (it got pretty cold once the sun had set!), and since I don’t really understand cricket at all, I can’t really comment on the match, but I do know that England won!

Afterwards, we went into the media building, because James knows someone who was based in there, and we got to meet the 5Live commentary team, plus saw one of the England players who’d made some kind of achievement I think – like I said, I know absolutely nothing about cricket!

One other thing from September – right at the start of the month, I decided to do a bit of a solo walk around one of the reservoirs in the Hope Valley. I parked up at the Fairholmes visitor centre, and set off around the east side of the Upper Derwent reservoir, and for some reason, I thought I was able to cross over at the far end so to do a complete circuit. However, in reality, the only way to do a full circuit is by also walking around the Howden reservoir, which adds a heck of a lot more onto the journey. I’ve previously gone round the 3 reservoirs there (including Ladybower) on my mountain bike, and I’d not taken into consideration how much quicker it is cycling compared to walking! By the time I realised how ridiculous it was, I was probably already half way around, so carried on regardless! In the end I did nearly 14 miles of walking and it took me just under 4¼ hours – my legs were like jelly by the end of it, and by the time I got back to the car park, it was just starting to get dark! More planning is needed for next time! 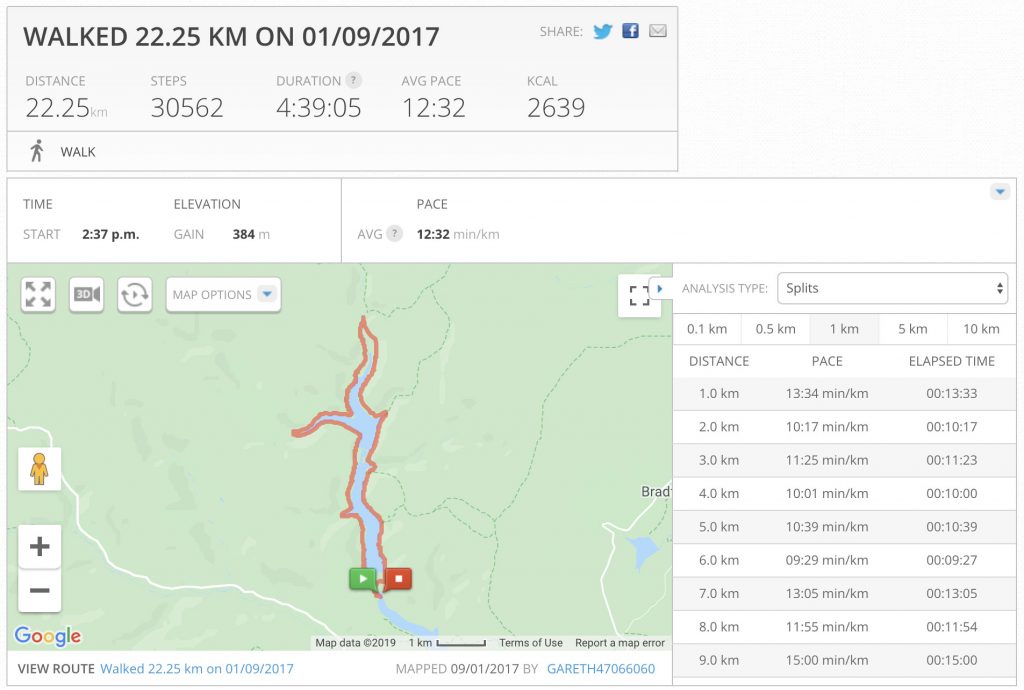