Other than my 3 America trips, it’s been quite a few years since I’ve been on a straightforward ‘sunshine holiday’, so at the end of June I booked a last-minute holiday to Majorca! I’d heard that away from the north-east of the island, it’s a lot less commercialised and generally classier(!), so I did a bit of Googling, and ended up booking a hotel and flight for a week later!

I flew out early on Saturday morning, and it took ages to check in – the queue was really long, so I was a bit worried I’d not allowed myself enough time! But I eventually got through, and we took off just before half eight, arriving in Majorca early afternoon. I collected my suitcase and headed outside, and the heat really hit me! I was still dressed for the UK, so was wearing jeans which weren’t the best! And as I was looking for the coach to transfer me to my hotel, I was eating some Polos, and then suddenly I managed to chip one of my teeth! I could feel a bit had broken off, and it seemed quite sharp, but luckily there wasn’t any pain, so that was a positive. Not the best place to be needing emergency dental work!

Anyway, I took the coach across to the other side of Majorca and and got dropped outside my hotel in Port de Pollença. I stayed at the Hotel Eolo, which to be honest was pretty basic, but did have a balcony and decent view. I realised straight away that somehow I’d managed to bring the wrong UK plug adapter with me, but when I went down to the hotel reception to ask where I could buy one, they actually lent me the type I needed! 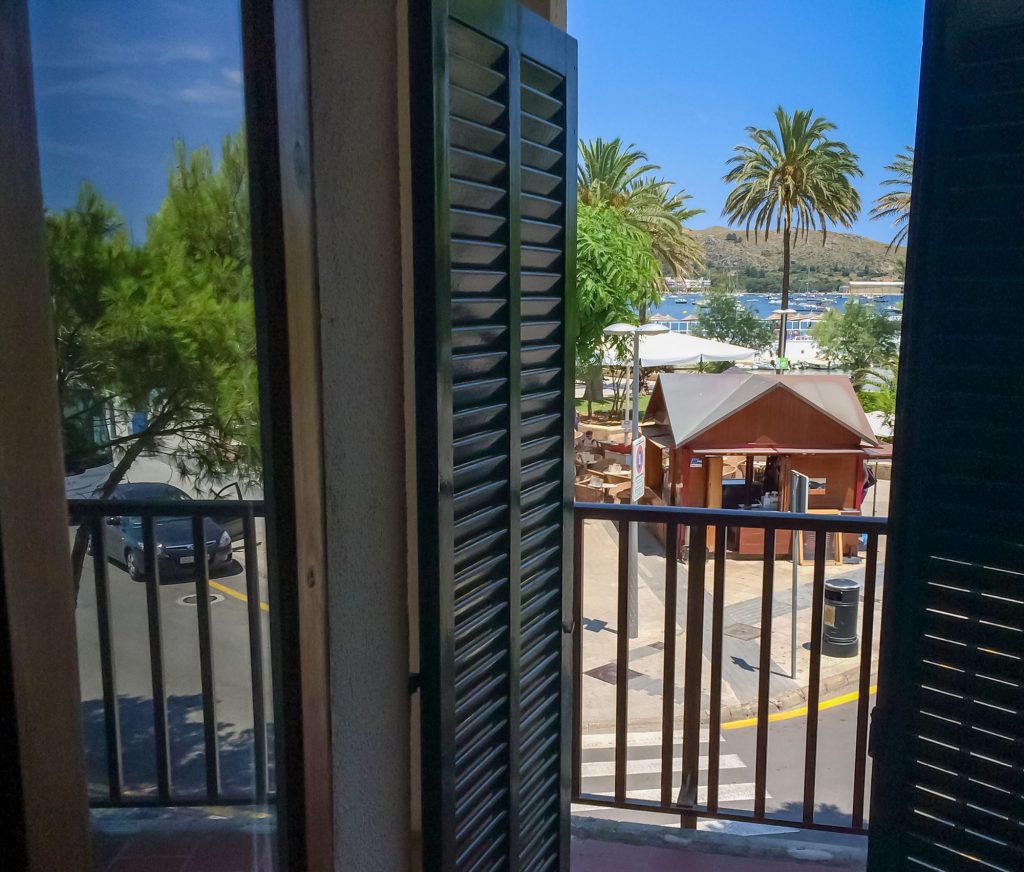 View from my balcony.