Last month I had an awesome time in Florida with family, so I thought I’d do a bit of a catch-up of what we got up to!

I drove down to Tamworth on the 2nd November and stayed at the Travelodge there to get a few hours sleep before a really early start the next morning. So at 4am, we all got in a taxi minibus from mum’s at 4am to take us down to Gatwick, and it has to be said, it wasn’t the most comfortable journey! There was me, mum, my sister Vikky and the twins, my brother Steve with his partner Ameena, and her daughter Amelia.

One particular lowlight of the taxi journey was when Chloe threw up whilst we were in traffic on the M25! She was sat next to me, so basically I had to catch it in my hands which was gross! I managed to transfer most of it into a plastic bag, but some of it ended up on my hoodie and smelled pretty bad! We had to pull over on the hard shoulder for her to get rid of the last of it before carrying on to the airport! 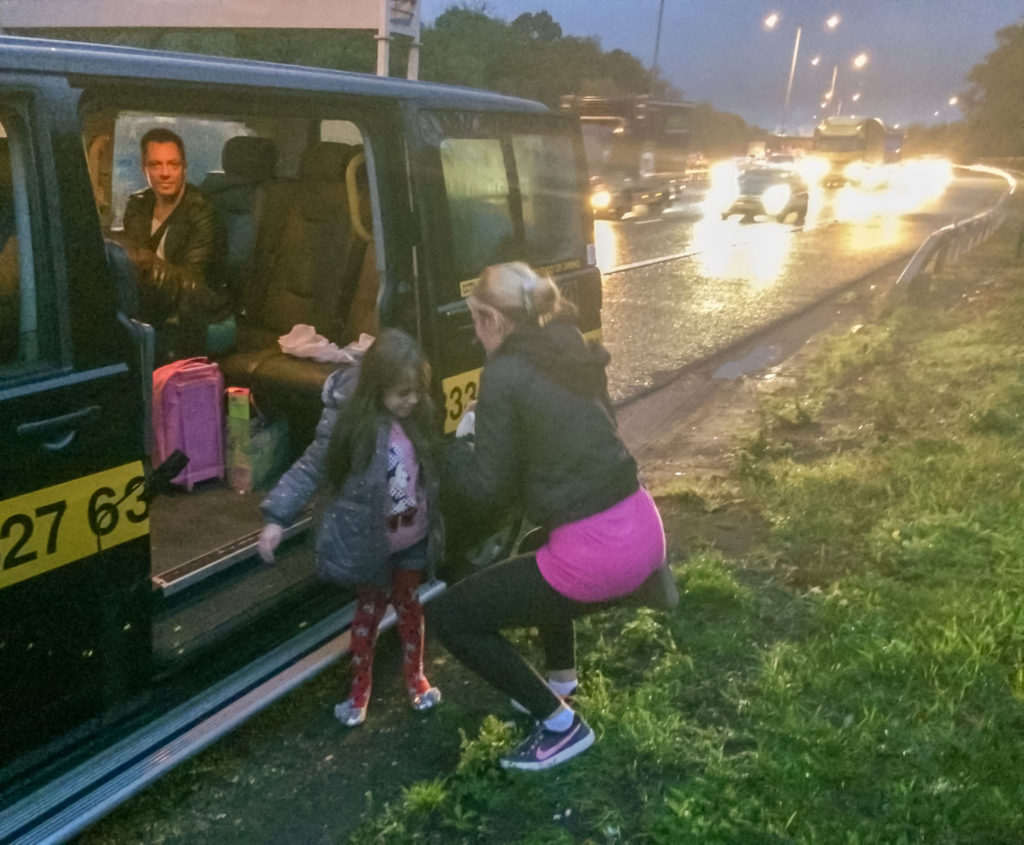 After a bit of a clean-up at the airport, we got on our flight about 1 o’clock. We flew with Virgin Atlantic, and it’s the biggest plane I’ve been on – it was a 747 and had an upstairs, which is where our seats were! It’s quite a long flight, and then when we got to Orlando, there was a massive wait to get through immigration, which isn’t ideal when you’ve got a couple of tired kids with you! We finally got through at about 7.30pm local time (which of course felt like it was after midnight because we’d started the day on UK time). It took a bit more time to collect our two hire cars – me and Steve were both driving Chrysler Town & Country 7 seaters, which is a bit bigger than I’m used to! We has had to take a bit of a trip to get an envelope containing a code for the keys for the villa in nearby Kissimmee where we were going to be staying. Eventually we got everything sorted, and finally were able to crash out!