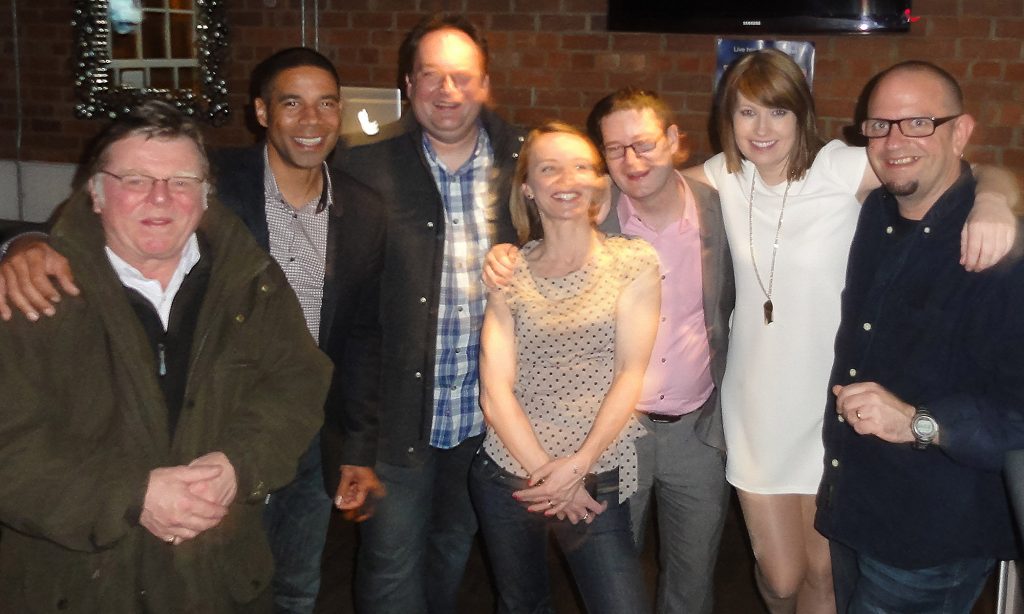 Last weekend I was down in Birmingham for a re-union with some of the people I worked with in my first full time job at Birmingham Live TV.

It’s been 14½ years since we’d all seen each other, and I was a bit worried that it’d be really weird, but it genuinely felt like hardly any time had passed at all!

There were seven of us in all – me, Ian, Michael, Karen (who now lives in America), Ashley, Ava, and our old boss Peter (who was also my boss later at MUTV!)

It was a really fun night, and hopefully it won’t take almost 15 years for us to meet up again!