It’s been 10 months now since doodledoMOTION moved into the Sharp Project, and last week saw the official opening of the building with the handover from the developers to Manchester Council.
When we moved in last September, there were a lot less people in there, but now most of our section is full, the original part is quite full, and the 2 main production stages have standing sets in them for ‘Mount Pleasant‘ and ‘Fresh Meat‘. 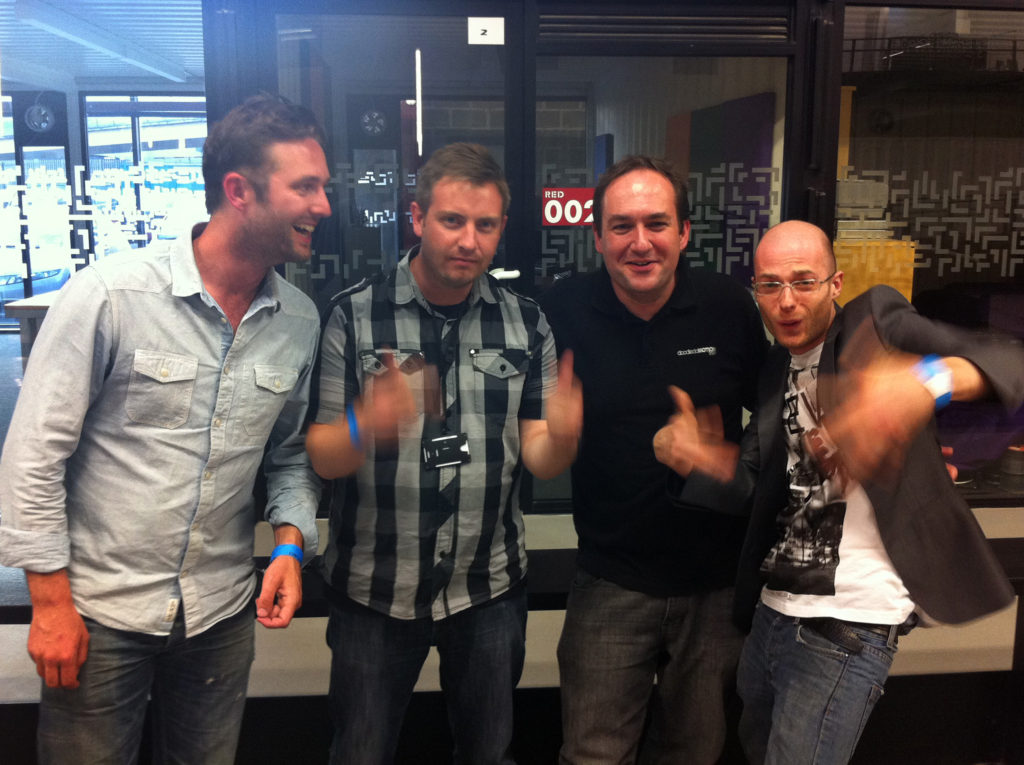 Christian, Matt, me and Hogan.

With the official opening, the final Gold section is now taking tenants – I don’t think we’re in a massive rush to move down there because I actually like the quirkiness of our converted shipping containers, and the amount of space we’ve got works well for us.

Anyway, it was a busy night, with a load of BMX riders and skateboarders racing past our unit for most of it, although I don’t really know who any of the invited guests were.  I’m guessing a lot of them were council-related people as opposed to any from the media industry, but hopefully there’ll be more events in the future that attracts a more relevant crowd.

And then yesterday, following on from an interview me and James gave to a reporter at the launch night, there’s been an article published about the company in Greater Manchester Business Week (also published on the Manchester Evening News website).

To be honest, I’d have rather it’d focused on some of our other bits of work, but it’s still all good publicity. In fact the only annoying thing is they’ve got me and James the wrong way on the photo! 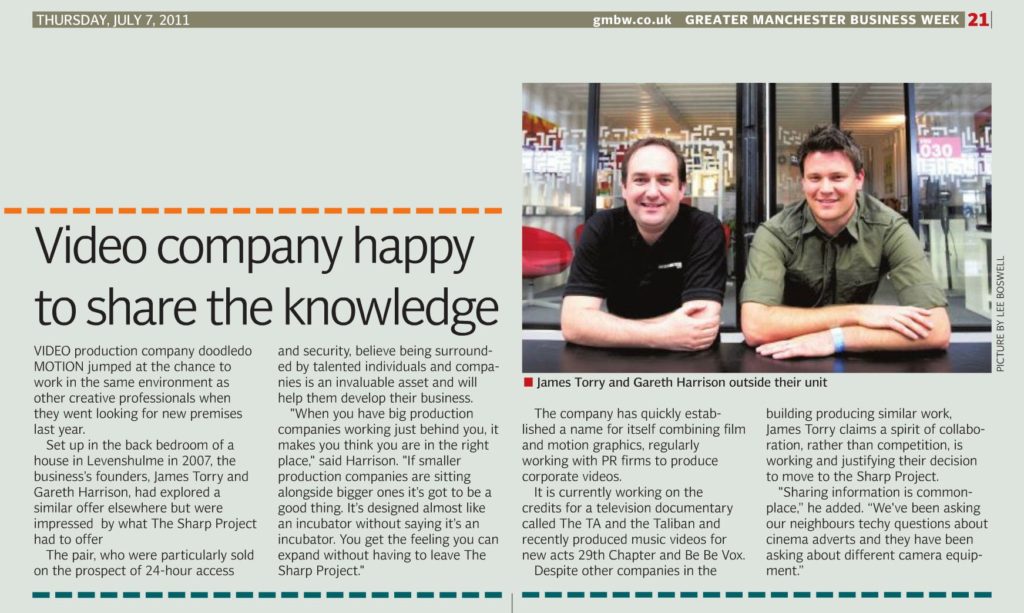