We’ve been working incredibly hard recently, pulling in some all-nighters for a couple of our jobs, but instead of going on about that, I’m going to blog about some non-work stuff I’ve done over the last few weeks!

Most recently, this weekend I’ve been down in Bristol visiting Ali, and Helen also came down so we could have a bit of a mini uni-get-together!

I was originally planning to drive down there on Saturday morning, but I’ve been doing such long hours at work, and on Friday afternoon I was totally knackered after having had just 3 hours sleep in 3 days(!), so at the last minute I booked a train ticket down there instead!

I got into Bristol around lunchtime, and walked the short distance from Temple Meads to Ali’s house.  It’s interesting to see how much the area has changed over the years. When I first visited Ali there back in the 90s, it was a pretty run-down area, but now a lot of it’s been replaced by riverside bars and restaurants, and hotels and posh apartments – and Ali’s estate is right next to it!

When Helen arrived from Reading, we went for a drink at a really bizarre pub that Ali likes. It’s actually a bar and tea gardens called Beeses, and overlooks the river Avon, but to get to it you go down a dirt track in the middle of a housing estate!  Then in the evening we went to a birthday party of someone Ali knows, which was a bit weird as we didn’t know anyone else there!  However, we did get to meet Ali’s new boyfriend Matt who we’d heard about but not met before! Luckily he passed our stringent tests so there was no awkwardness!

And yesterday, after church, a crowd of Ali’s friends came over for a barbeque in the back garden.  The weather was great, and so was the food!  You can’t beat burnt burgers and hotdogs on a hot summer afternoon!

To round off the weekend, I arranged to go and visit Rob & Jenny Kay who moved to Bristol from Manchester (via France!) a few months ago.

Rob had actually been working in Manchester on Saturday night, and had driven back through the night, so did seem pretty knackered!  But it was great catching up with them again, and then we went to a really cool coffee shop near to their house to meet up with Ali and Matt.

I got the train back to Manchester today, and it was a really crap journey! The train was massively overcrowded because there was an influx of not-so-sweet-smelling Glastonbury campers, and then the train had a problem so we had to change at Stoke, followed by another delay because of damages signalling cables!
So what else then? 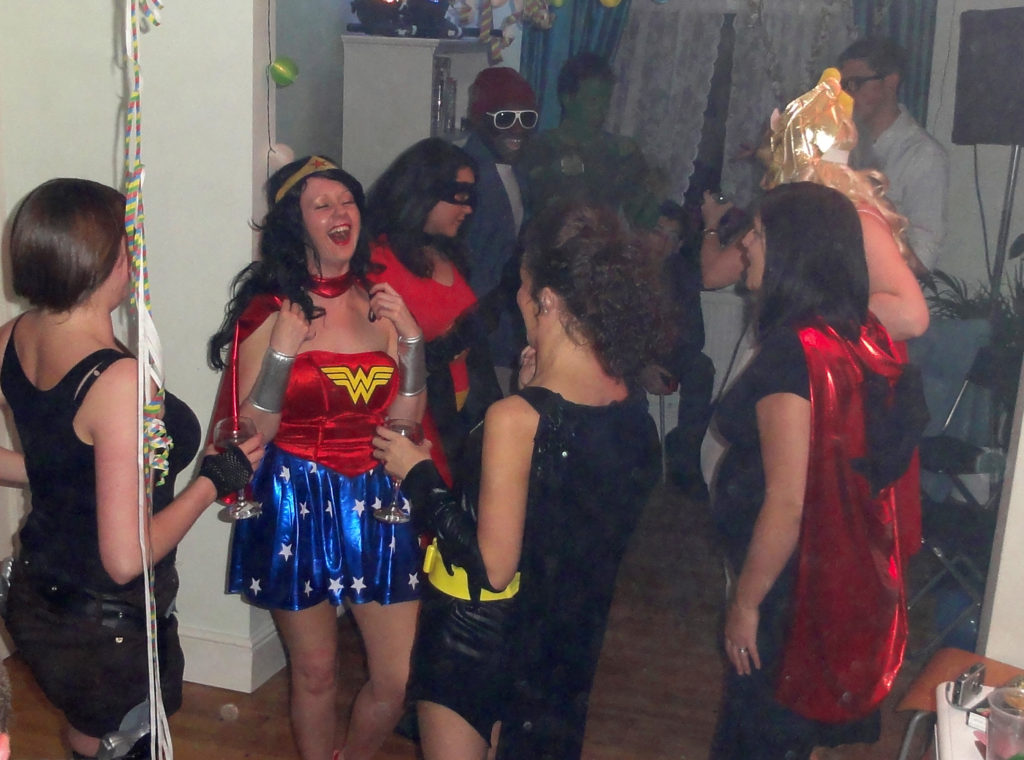 At the beginning of June, I went to Celia’s 30th birthday party which, as often is the case with parties nowadays, had a fancy dress theme, and this one was to go dressed as a superhero. I actually get quite stressed sorting out costumes for fancy dress parties – I just find it really hard to come up with something good!

The party was on a Friday night, so I managed to get finished at work mid-afternoon, and headed into Manchester to try and find a suitable costume.

First stop was Afflecks where there’s a pretty comprehensive fancy dress shop, and I spent absolutely ages in there, but just couldn’t find anything that wasn’t going to cost me an absolute fortune, and also that wouldn’t be too hot (such as a padded hero suit!), because we were in the middle of some very warm weather, and it could be pretty sweaty by the end of the night!

So, after giving up with the idea of getting a proper costume, I wandered in and out of shops around Manchester, with no inspiration at all for what to wear! Then I went into Primark and found a Superman t-shirt, with the body of Superman printed on it so that my head appeared where his should be!  All I needed to go with it was a cape, and luckily I had an old red sheet at home which I was able to cut up and finish off my costume!

It was a really fun night, and I was a little bit tipsy by the end of it, but hey, I was enjoying myself!

Check out some of the costumes in my photos from the night!

Also, this month I’ve been down to Tamworth and got to hang out for a bit with Brandon & Chloe… in their new summer house!! 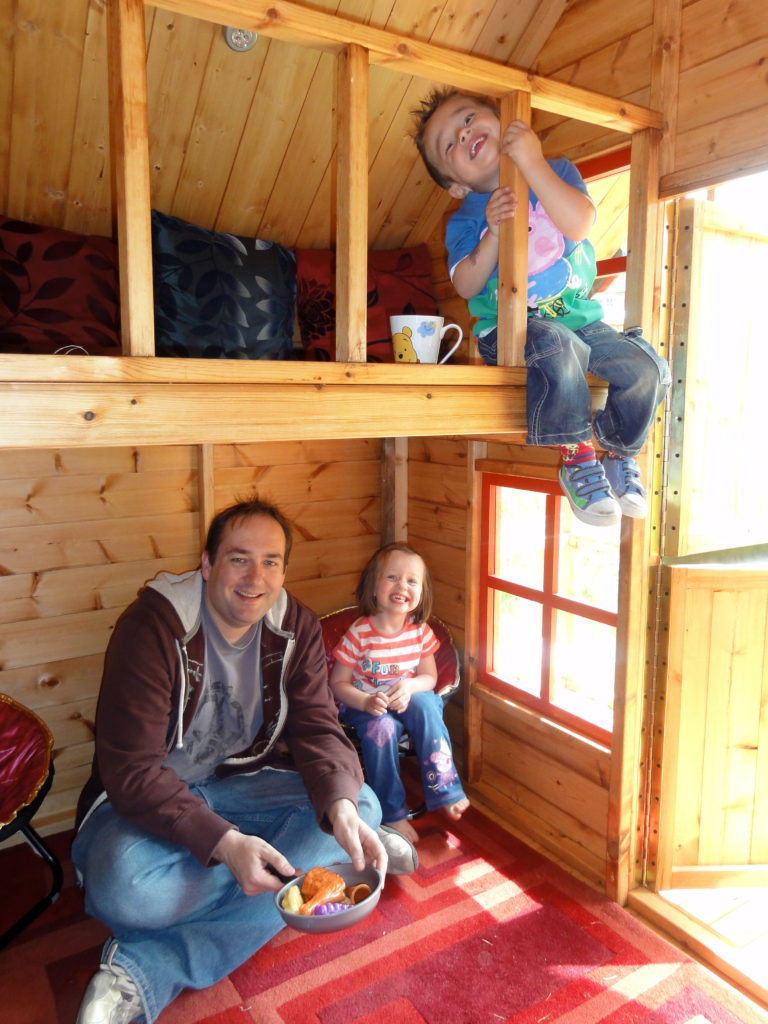 It’s a serious playhouse! My mum bought it for them as an early Christmas present, and it’s loads better than anything we had as kids! It’s about the size of a decent-sized garden shed, with a mezzanine floor and veranda sit on to keep guard over the rest of the garden!  We just had to make do with a rickety plastic Wendy house!

They’re such great kids, and they really play well together (for most of the time!) which I guess is lucky considering they spend nearly all of their time together!

Anyway, it was a really sunny day so we took them down to the Castle Grounds in the afternoon, where they played in the adventure playground for a bit, before a bit of a race up around the flowerbeds by the bandstand, and then into Ankerside to buy some toys!