Me and James have just spent the last couple of days down in London, partly for a meeting about some more graphics we’re doing for a Channel 5 documentary later this year, but also we were down there to go to the Hackney Empire, where we were in the audience for the recording of Jo Brand doing stand-up for a show that’s going to be on Dave later this year.

doodledoMOTION are doing titles and graphics for the 5-part series called ‘Jo Brand’s Big Splash’, which will mix the stand-up gig with a documentary about water, which sees Jo trying out loads of different activities including swimming, diving and rafting.

Because we were guests, we got front row circle seats, so there’s a good chance we could end up in some audience shots in the final edit.  And knowing the way editing works, I can almost guarantee that they’ll cut us laughing at some innocent joke as the reaction to something really inappropriate!!

It was actually a really good gig – I wasn’t quite sure whether I’d find it that funny, but I think Jo’s comedy has become a lot more inclusive, whereas in the past it had quite a reputation of being feminist and man-hating. I don’t really know whether it ever really was, but that’s kind of what gets associated with her!
END_OF_DOCUMENT_TOKEN_TO_BE_REPLACED

Well today’s been the 4th bank holiday in 2 weeks which is rather odd!  We obviously had Easter last weekend, but on Friday it was the Royal Wedding, which I actually managed to avoid watching at all, and instead went and did some shopping at IKEA, which was probably the quietest I’ve ever seen it! I’d planned to buy some storage furniture for my new bathroom, but I’m struggling to find something I like – I did find a unit there that I thought might work, but when I went to collect it I discovered that they’d discontinued the shelves needed to go inside it! So the search continues! 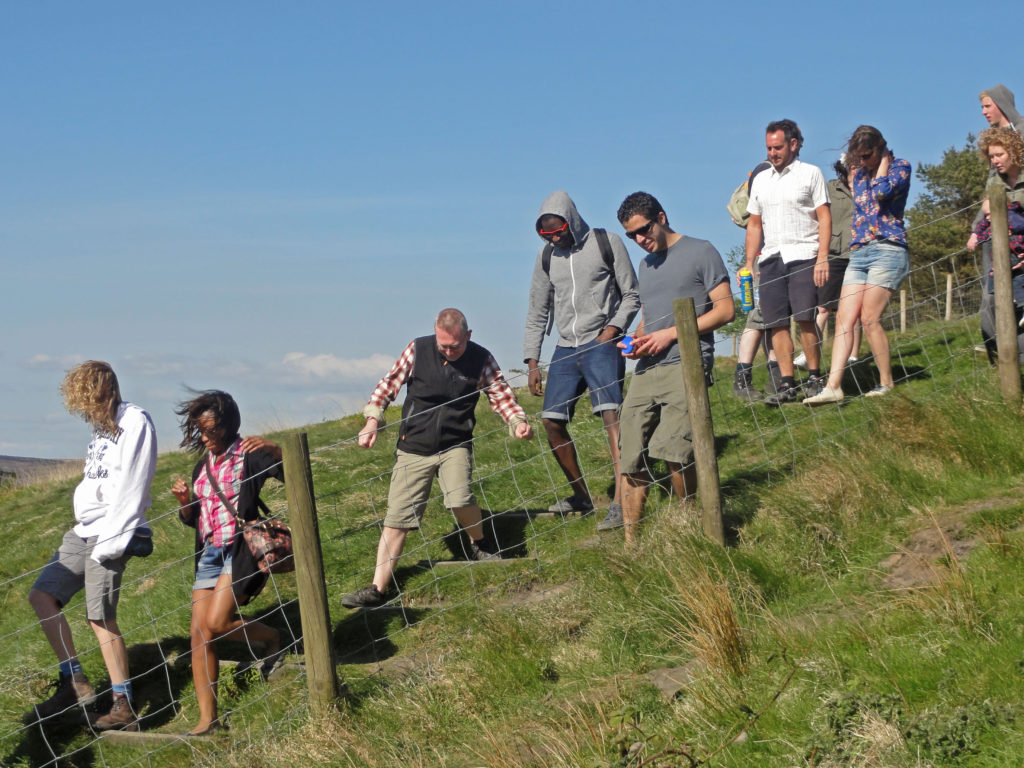 Anyway, today was May Day bank holiday and I found out that there was a walk being arranged for the Vinelife / Reach crowd, so I headed up north of Bolton to tag along.

We all met up at Rivington Hall Barn, which really is in the middle of nowhere! I got a little bit lost – my SatNav first tried to take me across a golf course, and then eventually led me to a random collection of cars amongst some trees! Luckily, as I was pulling up, Dan and Gemma arrived as well, along with a few others, and we took an educated guess at which direction to take to get us to the main barn where everyone was meeting.