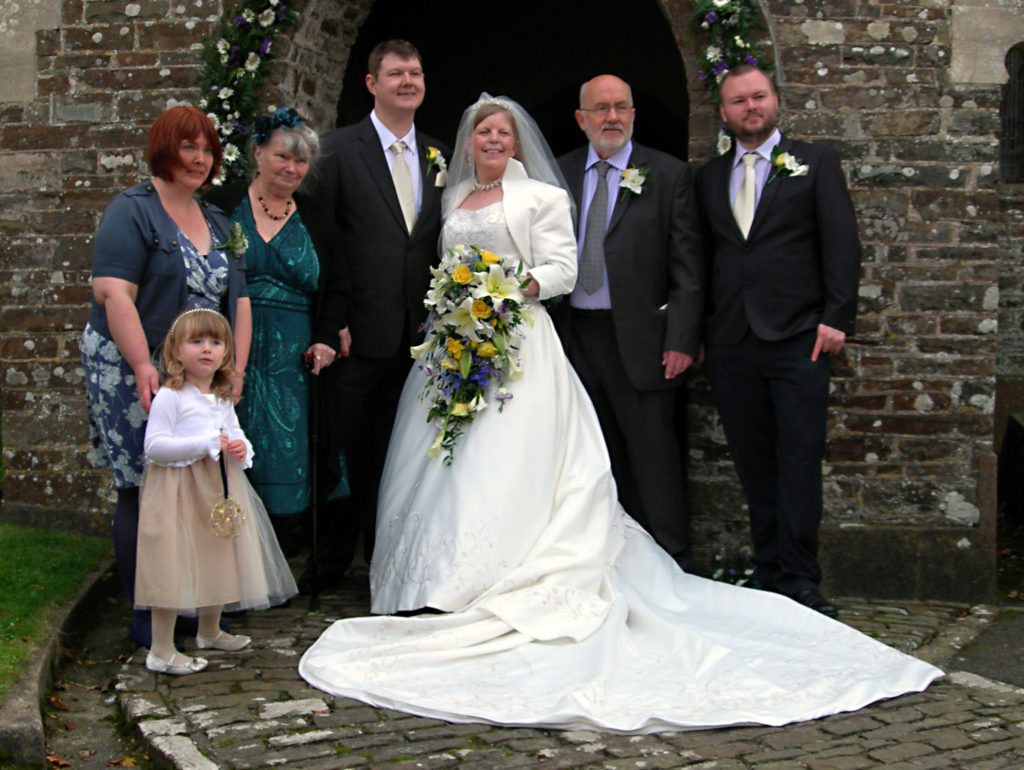 Last weekend I trekked down to Bideford for a pretty special day – Tom Green’s wedding to Vicky!

Tom’s probably my oldest friend – we spend pretty much all our time together when we were kids… whilst at school we tried to start TV and radio stations, produced the school magazine and a yearbook, made a short film, wrote a ‘commercial’ computer game that earned us about £100(!), plus loads of other crazy ventures!

And then after school, we’ve kept in touch, firstly helping start up a community radio station together, and we’ve both then taken career paths in media – Tom in radio and me in tv and video.  We even shared a house together in Birmingham in the summer of 1997!

Anyway, Tom’s been living in the UAE for the last few years, and was in Cairo before that, so we don’t see other loads, but do keep in touch online, and have caught up when he’s been back in the UK visiting family.

So when I was invited to his wedding down in Devon, there was no way I was going to miss it!  It was a heck of a long journey down there from Manchester, but I stayed at a Travelodge on the M5 the night before to break it up a little bit, and then stayed in Bideford on the Saturday night after the reception.