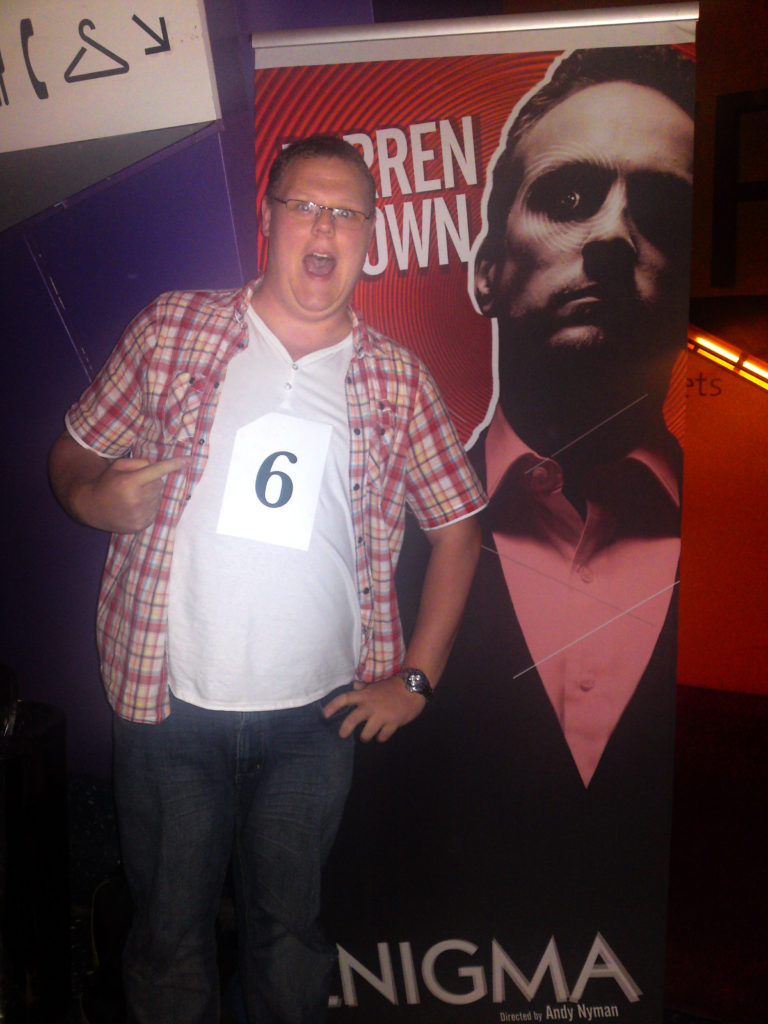 Last night I went with John to see Derren Brown’s latest live show ‘Enigma‘ at the Lowry.  John runs the Public Reviews website, and he had a couple of press tickets to go and review the show, so I went for free on his spare ticket!

I find Derren Brown fascinating – I think all his TV shows are great, and he presents traditional magic and illusion in a very contemporary way.  I also find it amusing to read people online who think he’s got real powers(!), but I’m actually in two minds as to whether he uses hypnotism and NLP as part of his act. Certainly stuff I’ve seen on the internet about those methods demonstrate that it’s quite possible, but I don’t really know, and am suspicious of any of his own explanations!

Anyway, back to ‘Enigma’. It really was a brilliant show – great theatrical staging, a very clever structure to the performance, and some really good magic tricks!  And Derren Brown’s an incredibly engaging character – he basically had the whole theatre eating out of his hand.

I’m not going to write about the tricks themselves – mainly because he asked people not to since the show is still touring – but I’m sure it will end up on TV in the near future, just like his previous ones have.  I’ve got an inkling how some of them were done (and today I’ve read a bit about some of the other perfotmances which have given me some more clues), but some of them were truly mind-blowing.

The final trick was one that I just can’t work out how he managed to pull everything together in the way that he did, and with a clever back-reference to something earlier on that seemed pretty throw-away.  John was actually part of the finale – he was one of the 6 volunteers who caught a frisbee thrown out into the audience – so I know it wasn’t done with stooges!

If you get a chance to see the show at all, I can thoroughly recommend it!