The heading kind of gives away the content of this post!  It’s been a busy couple of weeks, with a weekend in Tamworth, a day at the beach, catching up with old friends, and a fancy dress party!

For Easter, I went down to Tamworth for the weekend, and it was nice to spend time with Brandon and Chloe again.  I was obviously down there a few weeks earlier for their birthday party, so I think they remembered me this time round!! 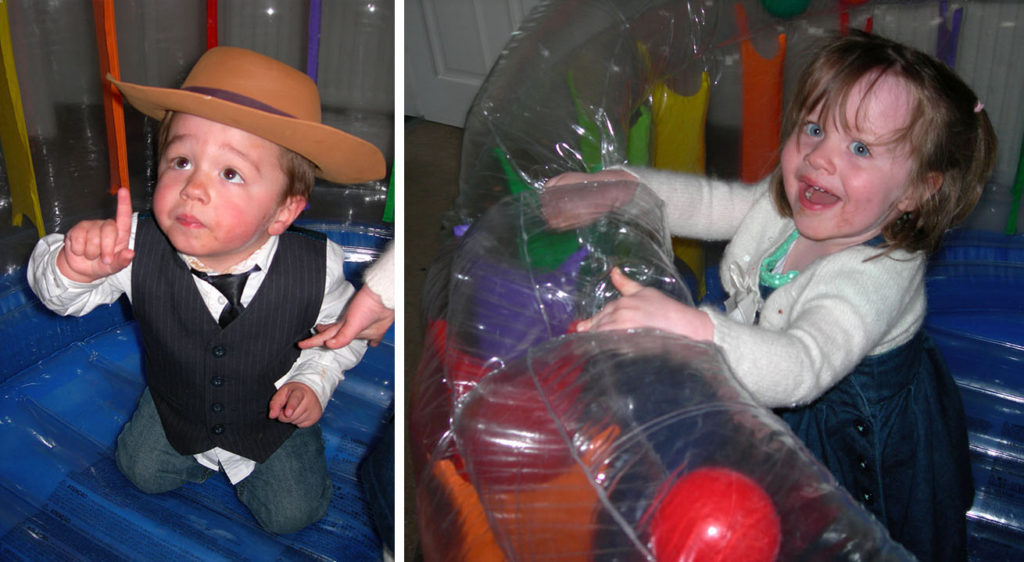 I went with mum, Vikky and the twins to the Easter Service at ECC in Lichfield – it was weird going back there since the last time I was there was when I was 18 or 19 – nearly 20 years ago!  We got there pretty early because they were having a buffet breakfast before the service, and Brandon and Chloe managed to get quite a bit of the food down their smart clothes!  I guess that’s quite normal!  I said hello to a few people there who I remembered from when I was there years ago, and also chatted with Dave Bateman’s sister Helen who goes there, and actually works for them as a student worker!

Then on Easter Monday, I was back up north, and a group of us went over to Formby to spend the day at the beach!

It was pretty windy, and not the warmest of days, but we had a good laugh walking along the beach, and climbing up the sand dunes.

I managed to provide a bit of hilarity for the others when we decided to do a group photo where we all ran off a 1½ metre step of sand, with the plan for the photo to be taken whilst we were in mid air.

Anyway, eight of us lined up to do the running jump, so on cue we all went for it, but as we landed, I stumbled whilst still running, and smacked down face-first into the sand!  It properly winded me – I didn’t get a chance to break my fall with my hands, and someone managed to collapse on top of me as well which didn’t help!

It was pretty funny, but it really knocked it out of me – and I guess I was most impressed by the great support from the others… especially Penny who was in complete hysterics and just couldn’t stop laughing at my misfortune!  Thanks guys! 😉

And to add insult to injury, the photo was taken too early, so we had to do it all again!! Luckily this time I managed to stay upright, and the picture was taken at the right time!  I’ve nicked it from Steph’s Facebook album and posted it here to make the pain worthwhile!

I’ve uploaded a load of photos of the day on my Facebook.

Then last Saturday, I had to go out and get a new mattress for my bed because the springs had started to come through my old one!  So when I got back, I started to unload it from my car, when I started getting heckled! My next-door neighbour Jo had a visitor for the weekend, and they were sitting out on the doorstep drinking wine with Jez and a few other neighbours. Anyway, the woman who was Jo’s friend was actually being quite mouthy about my new mattress being quite small, so I started bantering back a little bit.  Then the next thing I hear is someone making a comment about her being from Tamworth, which is where I’m originally from!  So I said that I used to live there, and when the woman thought I was just saying it for the sake of it, but we soon discovered we both went to the same school, and then it turned out that I was in the same class as her sister, Ellie Sutton – and she was Faye, who I do kind of remember, although she was a  year or two below me. Really small world!!

And last night was John Roberts’ 29th fancy dress birthday party at Baa Baa in Fallowfield.  The theme was musicals and theatre, so luckily there was quite a lot to choose from with regard to costumes, although I always do get a little bit stressed trying to sort out stuff like that! Anyway, I decided to go as a pirate, complete with hat, eyepatch and hook… I was also planning to add scars to my face using facepaint, but since I was going by bus, I chickened out and didn’t turn into a pirate until I got to the pub!

It was a really good night – I had enough drank enough beer to get me briefly up onto the dancefloor!  After the party finished in the function room, we headed down to the main bar – all in costume – so did stand out quite a bit! John and Matt’s costumes were so amazing – Shrek and Dracula – that people kept wanting to get their photos taken with them!  We eventually left at about 3am, slightly worse for wear, but it was worth it!  You can check out the photos from the night here.

Oh, the other thing I was going to mention with regard to random meetings was about when I was down in Tamworth for Easter.  On the Saturday, I nipped into Asda to buy a few bits and pieces, and bumped into an old mate from school – Dan Martin – who I hadn’t seen since sixth form!  Was really weird reminiscing about school days together and learning about what people are up to nowadays. I know Facebook has that pretty much covered nowadays, but it’s more real when you meet someone in person!