Last night I was at a Geek Party at Rob & Jenny Kay’s, where you had to go dressed as something inspired by geek chic! Now it may come as real surprise (since I am a bit of a self-confessed geek) that I was really struggling with a costume for the night, but with a couple of days to go, I suddenly hit on gold!

I decided to go as the ultimate geek – Mr Dave Bateman! 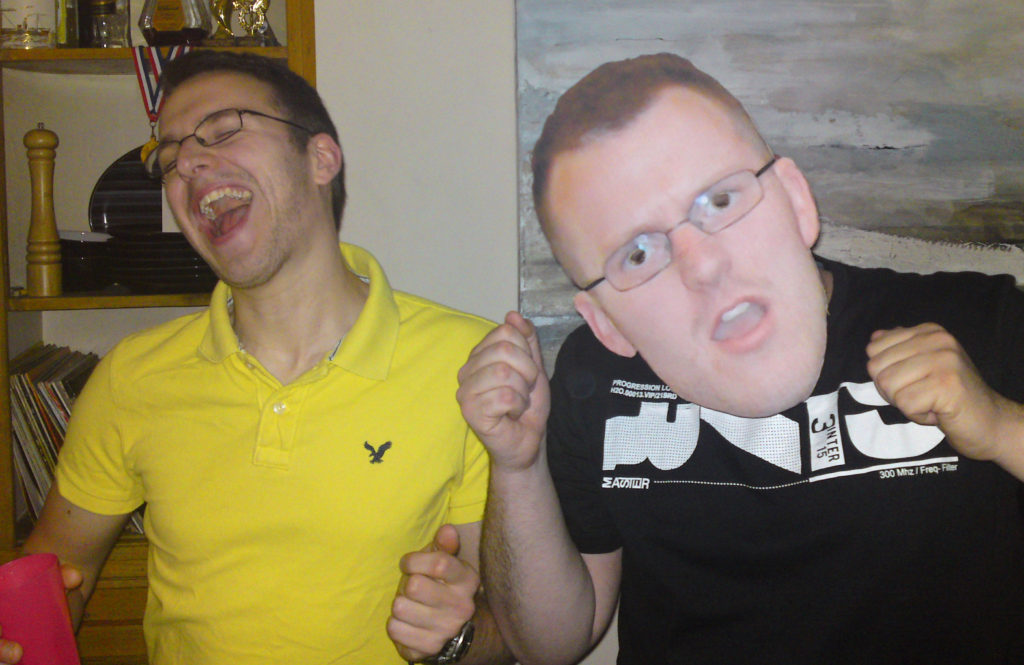 To make this dream a reality, I wondered about the best way to go about it, even Googling to find out how to make an actual 3d head(!), but finally settled on printing his face onto some card to make an oversized mask, with a couple of eyeholes punched through his actual eyes!

It wasn’t the most comfortable thing to wear for the whole evening if I’m honest, but I really enjoyed how it slightly freaked people out as they talked to me!

When Dave himself finally arrived around 10 o’clock, I think he found it pretty strange to have a bobbing-head version of him staring right back!

And the mask proved so popular that everyone wanted to wear it! 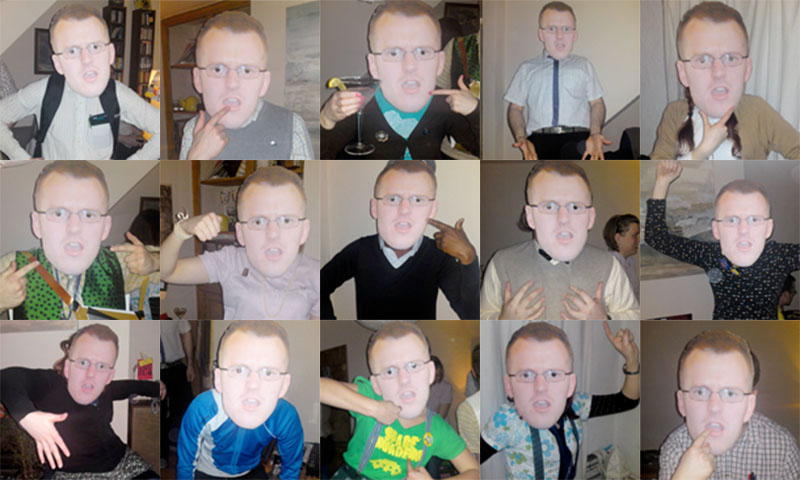 Check out the full set of photos from the party in my Facebook photo album.

So what else? Well, going back a couple of weekends, I was down in Tamworth for Brandon and Chloe’s 2nd birthday party! 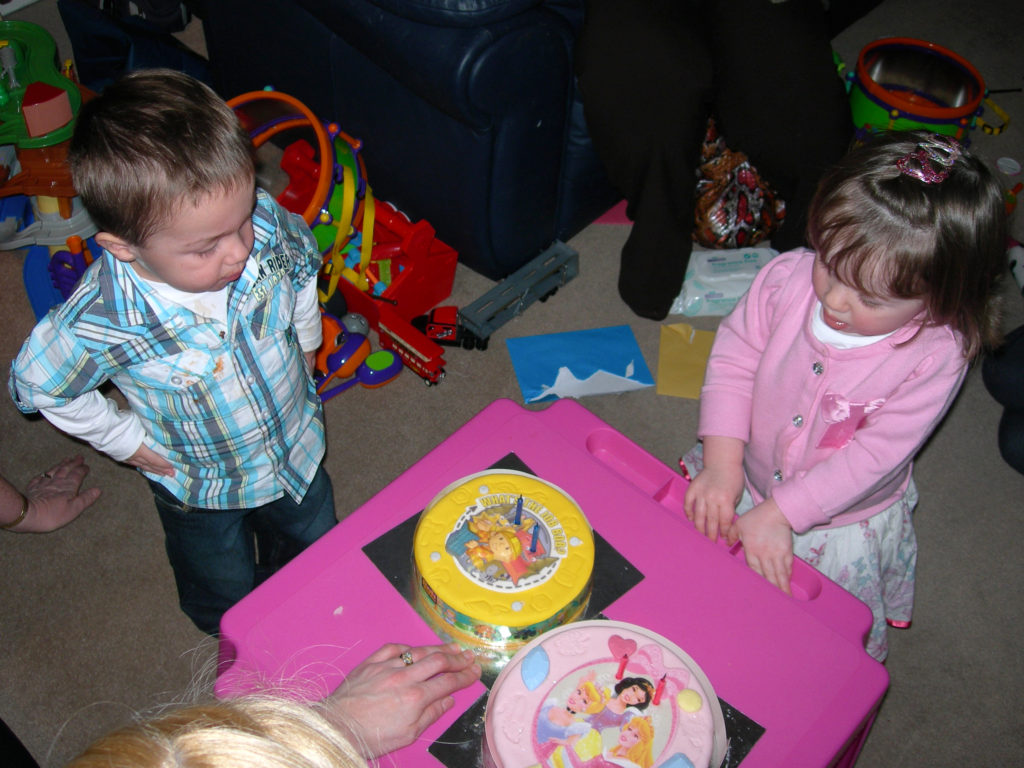 There was a bit less alcohol at this party(!), although it was more of a family thing compared to their first birthday, when they had loads of little kids there as well.

Every time I see them, they’ve grown up so much!  I’m not sure if they totally realised what was going on, but they seemed to be happy enough with all their presents, party food and cake!

Just to round off this blog entry, last week we took on our first employee at doodledoMOTION!  It’s Rob Lee, who’s done various freelance bits and pieces for us over the last year, so we’ve taken him on part-time to work across all areas of the various projects we take on.  So, it’s a bit of an unknown for us, but pretty exciting at the same time!