I found the first 10 or so miles pretty alright, and was able to go much longer between breather stops than last time, and I managed some of the ‘hills’ that I struggled with before, although I did get off and push for a few of them still!  At about 13 or 14 miles, I started getting really tired, and unfortunately at that part of the route, there’s a bit of a stretch which has an incline, so I ended up doing that on foot!  Then I managed the last couple of miles back to the car park, where we managed to grab a hot drink which was very welcome!  Dave and Rob were really good too, because obviously I was slowing them down, but they kept pretty much at my pace, and when they did ride ahead, they’d always wait for me to catch up. 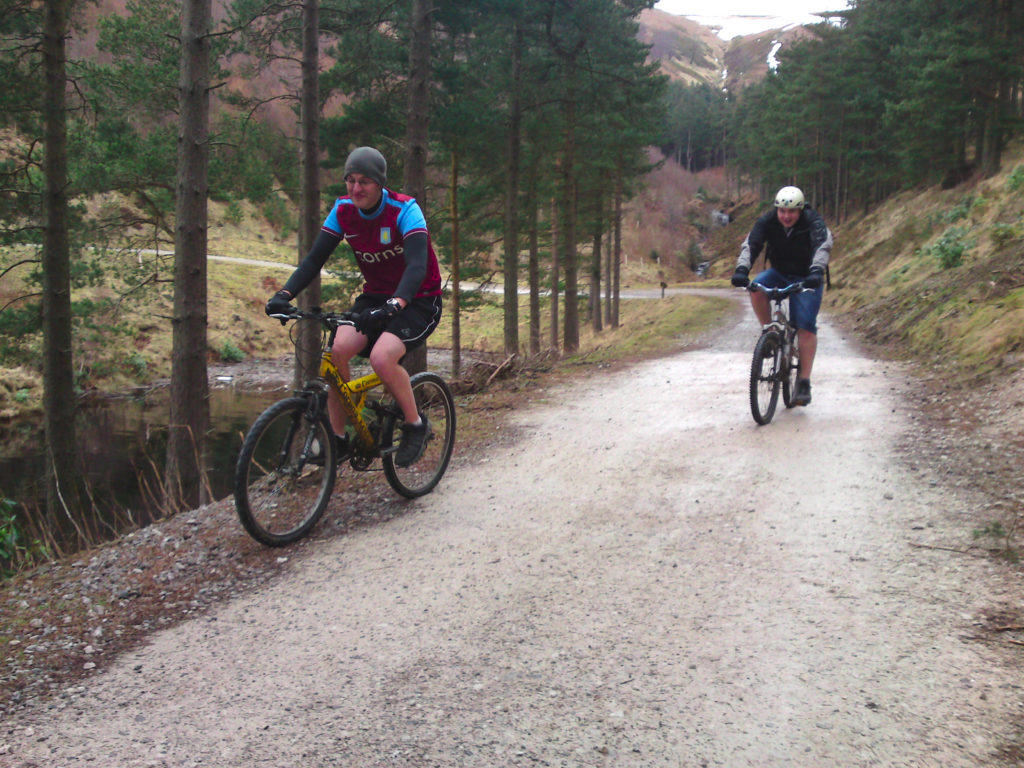 I’m feeling totally knackered now, but it’s more of an overall tiredness rather than any aching legs or anything, which is good.  One thing I’m pretty sure of is that I’m going to get a good night’s sleep tonight!

I’ve added some photos of the day to my biking album here.