For me, Valentine’s Day = annual slap in the face!

I appreciate that if you’re in a relationship, it’s probably a great way to demonstrate your love to each other, but when you’ve been single for as long as I’ve been, the sheer amount of Valentine’s stuff that’s bombarded at you just really rubs it in.  I’m sure people would tell me not to take it seriously, and that it’s all a bit of fun, but I’m sure they’re people who’ve actually received a card at some time in their life!  I’ll admit that I’ve occasionally sent cards in the past, but obviously with me being the overly confident person that I am(!), I’ve never actually admitted to the girls I’ve sent them to that it’s me!

I know it’s probably really sad putting this all in a blog, but sometimes it’s easier to write this stuff down and throw it out there than to actually talk about it with anyone! I’d always thought that by this time of life, I’d be married with kids, and all that kind of stuff, but I guess I’m starting to accept that’s probably never going to happen. It doesn’t help that for years I was crazy about one girl, and wasted a load of time getting to know her better by spending time with her, and trying to do stuff that I thought she’d like (and other crap like that!)… and then trying to deal with it when she finally made it clear that she’d never be interested in someone like me, which has taken a lot longer for me to get out of my system than it should have done.  So now I’m the wrong side of 35, with no sign of anything in the distance, and obviously the older I get, it gets less and less likely that I’ll have kids of my own, which is pretty tough to be honest.

I’m sure there are other people who have similar issues, and struggle massively with the whole singleness thing, but often when you see so much focus on relationships around you, it’s hard.  As your mates get married, and then have kids, on one hand you’re really pleased for them, and you know it’s an amazing thing… but sometimes it’s really hard not to get jealous about it all, and ask yourself why they’ve got all that you’re desperate for as well. (I use the word ‘desperate’ in a way that hopefully doesn’t make make me look ‘desperate’!)

Wow – it’s a good job that Valentine’s Day is once a year… I wouldn’t want to be this honest on here too often!! 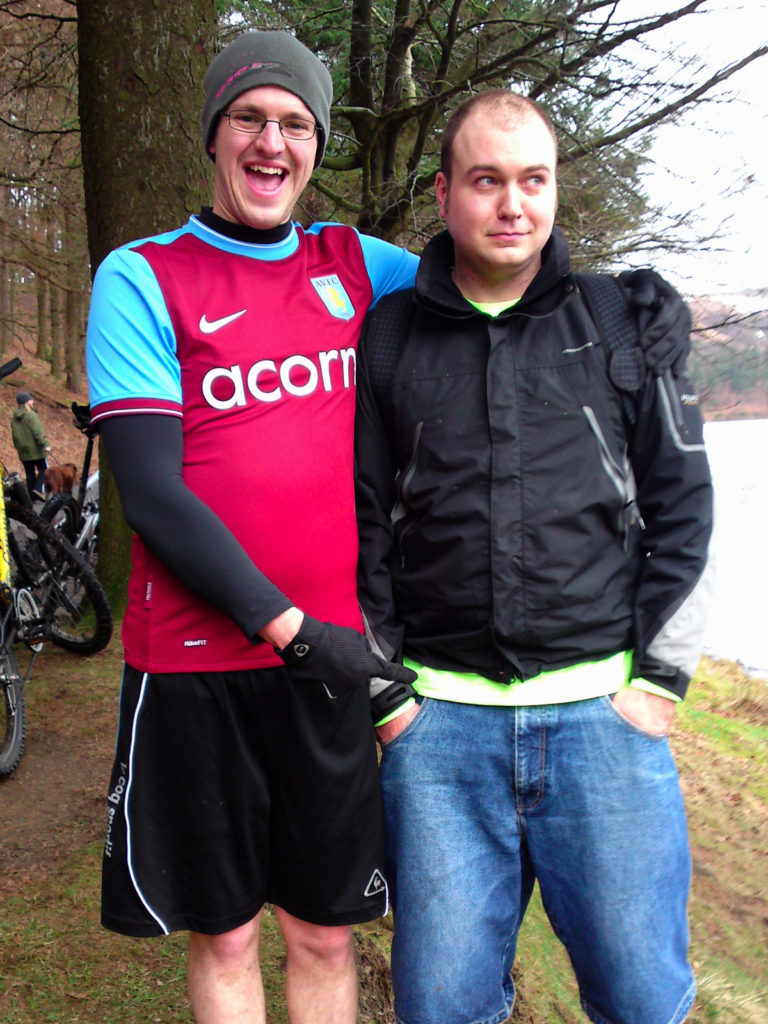 END_OF_DOCUMENT_TOKEN_TO_BE_REPLACED

I’ve just spent the last few evenings converting my original blog to a new WordPress one.  Google announced this week that it’s getting rid of FTP functionality for its Blogger service, which I’ve been using since before Google had even thought of buying it up!

But basically, what Google’s announcement meant was that from next month, I wouldn’t be able to update my blog in its current form, without re-arranging the structure of my website, or hosting the actual blog on their servers.

So I was recommended WordPress which I installed and then had the fun of importing my original blog, and then reformatting it all so that it still looks right, and adapting a theme to be an evolution of what I had before.

It’s been interesting looking back at what I’ve written over the years – 168 blog posts since March 2002!  And however tempting it’s been at times, I haven’t deleted anything I’ve posted over those 8 years, even though with hindsight, some of the stuff is either a bit stupid or embarrassing!

But the upshot of it all is that it’s still business as usual, and at first glance the features provided by WordPress actually seem a lot better than Blogger! 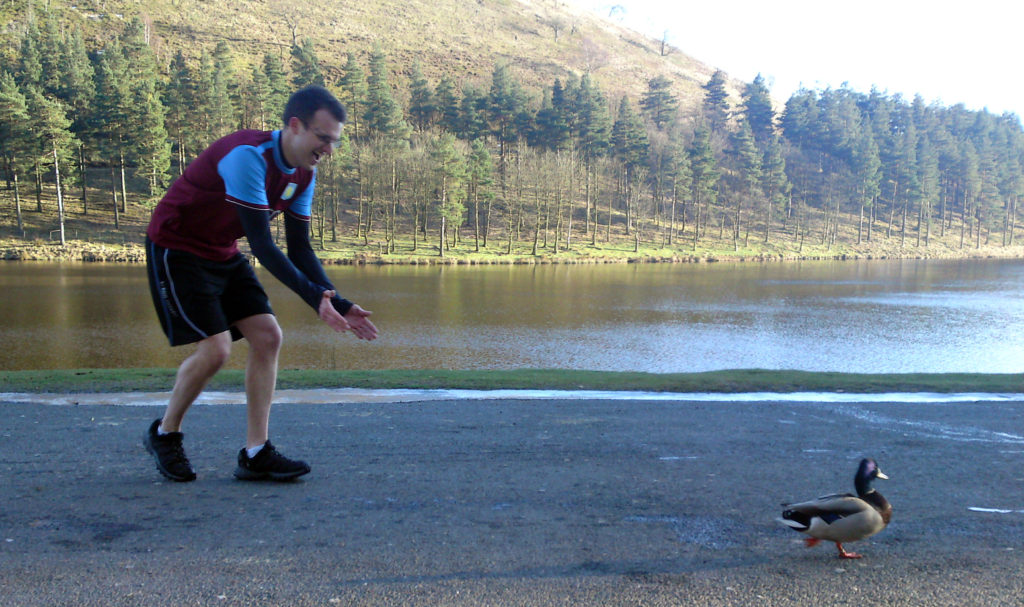 Yesterday I went to the Upper Derwent Valley in the Peak District with Dave for a bit of a bike ride around the three reservoirs there.

I’d not ridden my bike since my holiday in Anglesey last year, and the last time I did this route was back in 2007 when I did my first ride in 16 years with Jamie Hill.

Anyway, back to yesterday, and we arrived at about 1.15pm and parked up, and set our bikes up before changing into our riding gear.  It was pretty cold, so I’d gone for a layers approach with t-shirt, hoody and coat, and tracksuit bottoms over some cycling shorts.  Dave being the crazy man that he is opted for a Villa top and shorts! 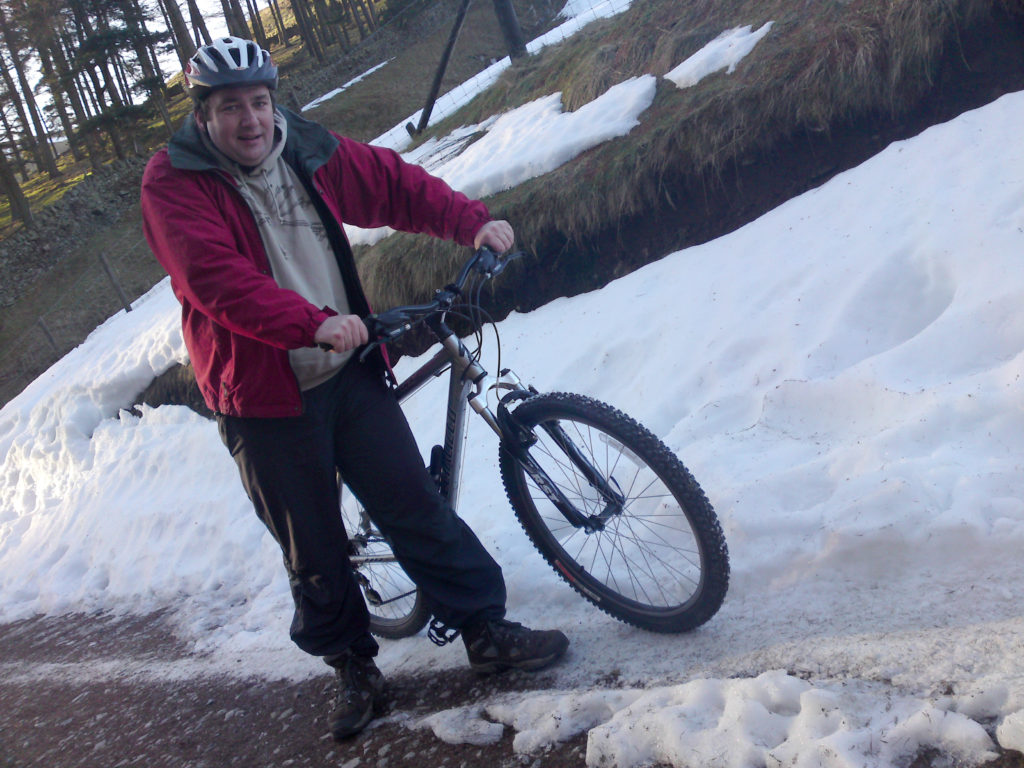 I was really out of practice, but soon got into it, although I do find hills quite difficult.  Obviously I need to build up my strength and stamina, and if I can get rid of some weight over the next year it will really help as well.