I was down in London yesterday so I could be at Delirious’ last ever gig at the Hammersmith Apollo. I saw them in Liverpool just over a year ago, and I thought then that that would be the last time I’d see them, but obviously they announced this final goodbye tour, and so I decided I wanted to be at the very last one.

Anyway, I made it into the venue at about 6.30pm and got my position about 10 rows from the front. First up, they all appeared on stage as ‘The Cutting Edge Band’ – which is how they started back in 1993. Everything about it was amazing. 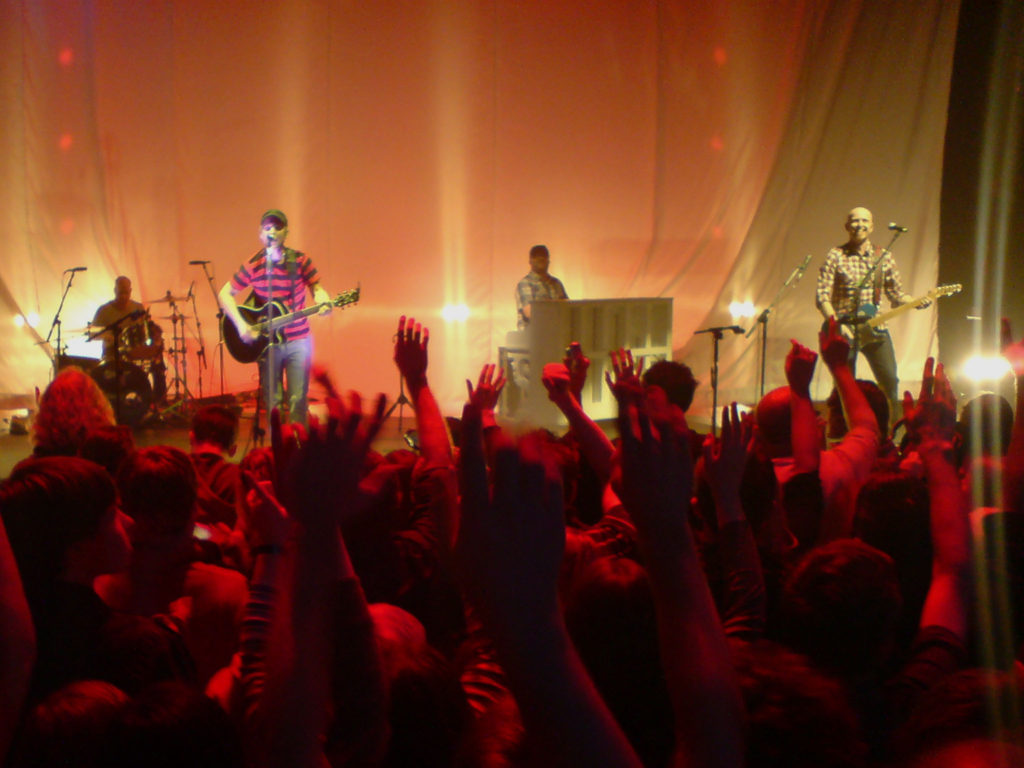 I first saw them back at the start of 1995 at Spring Harvest, and then many times in the next few years in school halls and often other smallish venues, and the whole of this ‘support act’ set brought all those great memories back.

And at the end of this, they did the whole ‘There is a light’ section that they used to do to end their gigs, and the hairs on the back of my neck stood on end.

It was all just so beautiful – I really can’t think of another word to describe it, it really did feel special.