A couple of weeks ago, me and James went down to London for two days to do a shoot with the 29th Chapter for their new music video.

It was a pretty manic couple of days – we headed down late on the Tuesday night and stayed in a Travelodge on the M1, and then arrived in Ealing for about 10 o’clock. The shooting was split into 2 blocks – the first day was a chromakey day, and the second was a live performance. 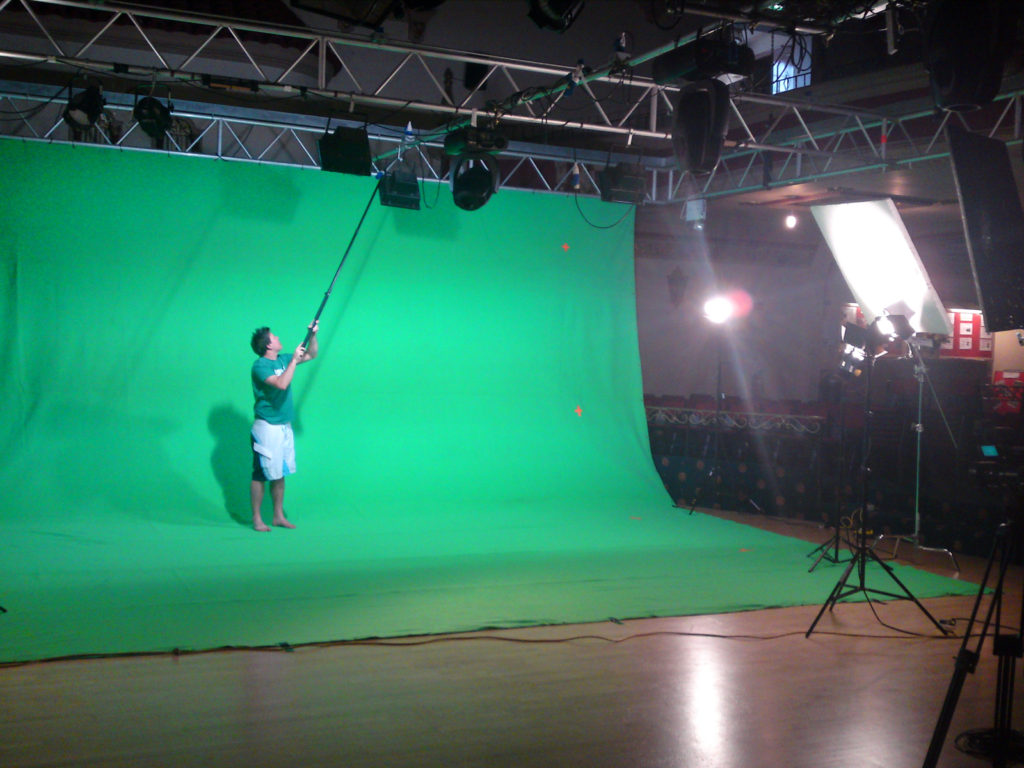 The greenscreen that had been hired for the shoot was massive! We spent the morning rigging it up, then tried to light it evenly which was easier said than done! Then the guys got into their costumes (which I won’t reveal at this stage – I’ll wait until they’ve announced what single they’re releasing!) and we spent the rest of the day filming various set pieces and individual verses. It was a pretty long day… we wrapped around 10.30pm and then had a bit of a drive to a really nice hotel in some other part of London (I have no idea where!)