Well it’s been quite a busy weekend – on Friday I was over in Liverpool shooting a live music video for thebandwithnoname and LZ7. They’ve done a joint track and need some kind of promo video to go with it, so I organised a 9 camera set-up at the monthly ‘Space’ event. I dragged Dave Bateman and Bruce from The Message along to operate cameras, and then used a few guys from the event itself, so I’m going to have a lot of footage to go through! The only downside of it really was that the stage was tiny, and it was really cramped with effectively 2 bands on there at the same time, so it will be interesting to see how it turns out.

Then on Sunday, I went over to Rob’s in Ramsbottom (because he’d lent me some cameras for Friday’s shoot and I had to return them) and we ended up having a bit of an impromptu barbeque which was pretty cool. 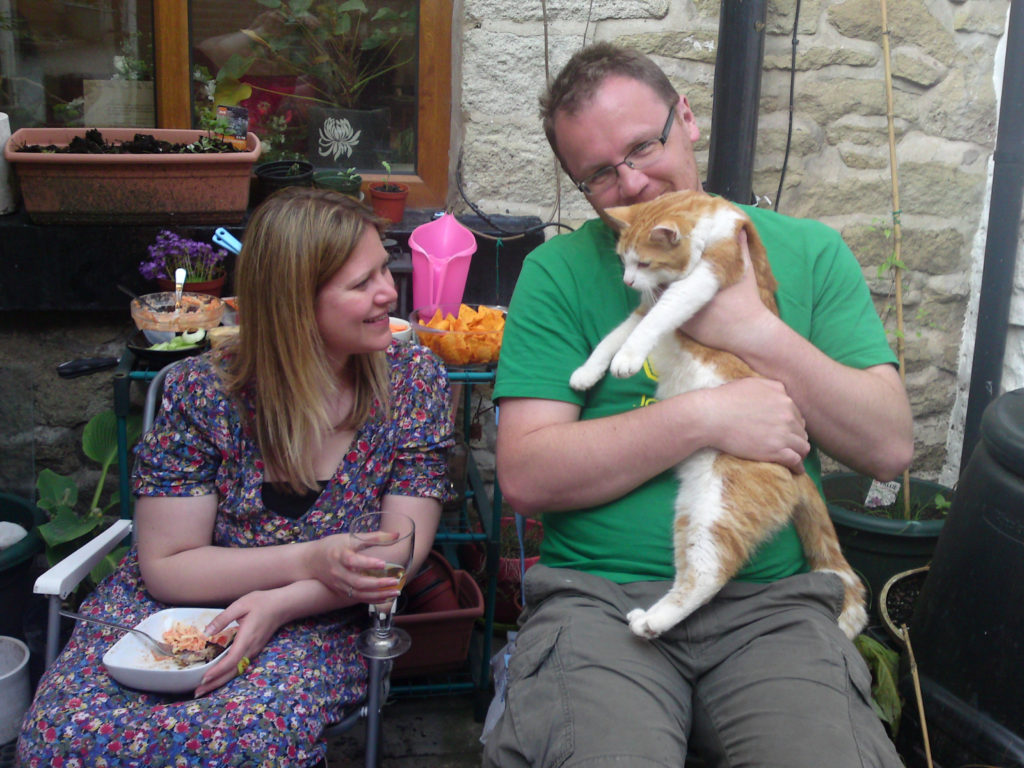 We tried to get Rob’s reclaimed gas barbeque working, but even though we could hear gas coming out from somewhere, it just wouldn’t light. Eventually we gave up, thus averting an explosive disaster(!), and used some disposable ones instead! Clare made burgers from fresh minced beef and onions, which I’ve never done before, and they tasted really good. Next time I have a barbeque, I think I’ll give the frozen ones a miss and make my own!

END_OF_DOCUMENT_TOKEN_TO_BE_REPLACED

Went to see the new Star Trek film this afternoon on the IMAX in town, and I thought it was awesome! Visually, it’s stunning, and the casting is spot on (and after a minute or so, I forgot about Sylar and just saw Zac Quinto as Spock!) And watching it on such a big screen was just amazing.

It’s a very clever re-boot from JJ Abrams, there are lots of nods to the original TV show, but it’s very much a mainstream-type movie, rather than being a total geek-fest! As well as great characterisation and effects, I thought there were some clever twists in the plot.

One thing I really liked was the cinematography, and the way that they made such use of lens flares throughout the film. I originally thought that it was post-production thing, but apparently, unless it was a CG scene they were all done in camera by shining lights straight down the lens! I guess some people will have really disliked them, and I’ll admit that maybe they went a bit over the top occasionally, but generally I thought it was a very clever device to give the film a very distinctive look.

Anyway, if you haven’t seen it yet, I’d definitely recommend it, and I can’t wait for the sequel! 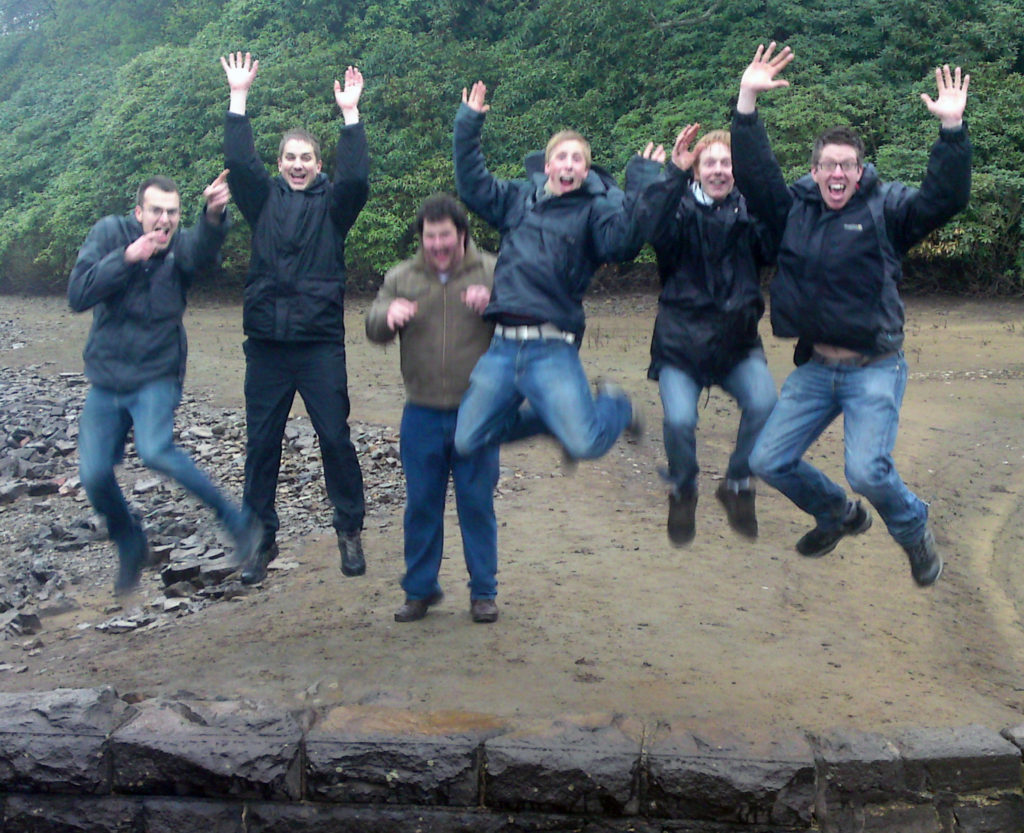 Well, another bank holiday yesterday – it only seems a few weeks since the last one!!

I went for a walk in the afternoon with some guys from Reach – we drove over to the Peak District and parked up by Derwent Reservoir, just off the Snake Pass. It’s actually where I went with Jamie a couple of years ago for my first bike ride in 16 years(!), and I’ve realised it’s certainly a lot quicker to go round on 2 wheels rather than walking!

We only did about 4 miles – we got quite a bit round one side of the reservoir, but soon realised that it would take us ages to get round the next one and back down to the car! So after examining if there was anywhere else where we could cross, we turned around and walked back pretty much the way we came. 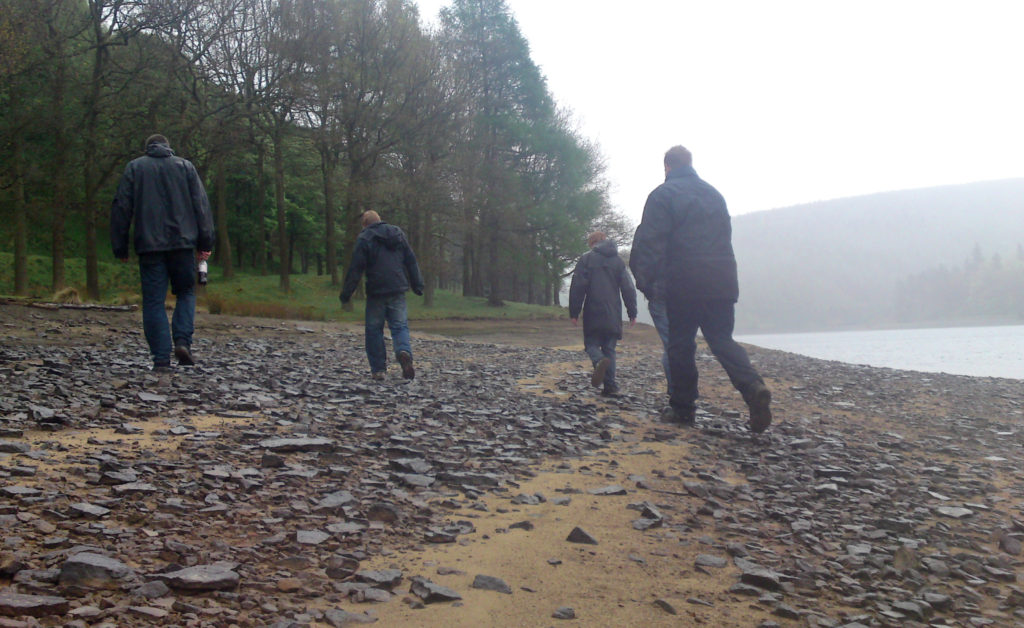