Well it’s been a pretty busy few days… I was in the office for most of the Easter Weekend trying to get some graphics work finished for this show we’re doing for Tiger Aspect. It’s basically a couple of documentaries about Fawlty Towers for G.O.L.D. (very similar to ‘The Vicar of Dibley‘ and ‘Blackadder‘ ones we’ve worked on previously), and we’ve been working on titles, stings, episode guides and interview backgrounds. 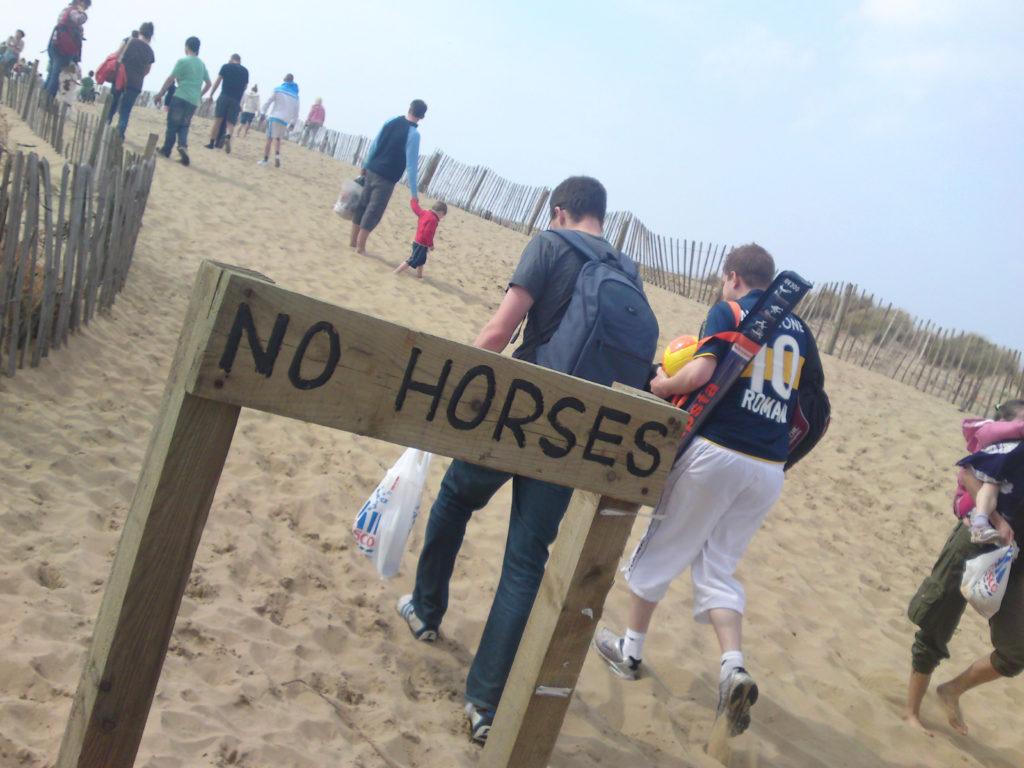 But I did manage to get a few hours off on Monday to go to the beach! I was in the office preparing another time-consuming render, when I got a text from Dave saying that a group was heading off to the beach for the afternoon, so I decided to go to that instead and carry on with the graphics later!

We set off to Formby in a few cars, and it was all fine until we actually got near our destination – it appeared that everyone else in the North West were heading there as well! Rather than spending the whole afternoon waiting to get into the car park, we eventually managed to park up on a housing estate and then took a short walk back towards the beach.

We eventually found a bit of the beach that wasn’t full of people, and also didn’t have bits of brick sticking out of the sand – not ideal for playing sports! I didn’t bother with the game of American Football, since I have no idea at all how the game works!! 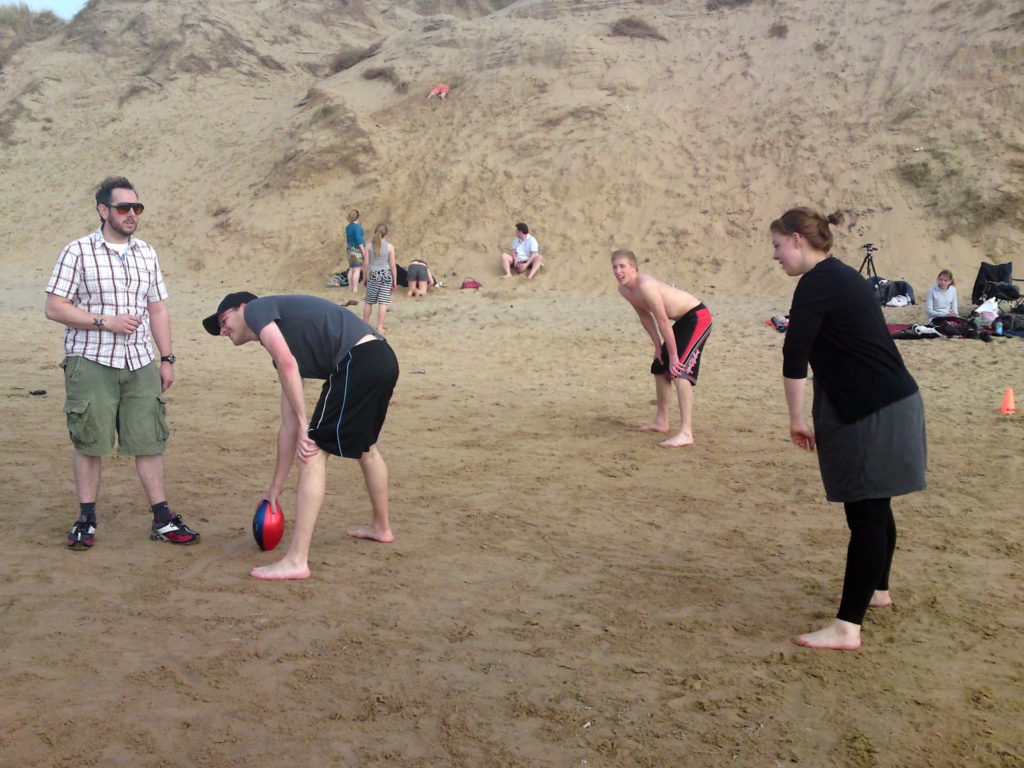