After six months of us moving into our office, we’ve finally (almost) finished sorting it! I say ‘almost’ because we’ve still got a few little jobs to sort with the edit suite like some internal skirting boards, and some shelves that need putting up, but now we’ve got some pictures up on the wall, it feels like a really nice place to work in.

Also, we’ve just launched the proper version of our website – www.doodledomotion.co.uk. There’d just been a single page there before now, but I think the new one looks great. Our biggest challenge with it is to make sure we find the time to update the blog, and keep our portfolio up-to-date! Also, due to some music and copyright restrictions, we can’t put examples of everything we do up there, but hopefully we’ll be able to get a good range of the kind of stuff we do.

Work’s been a little bit less hectic over the last few weeks, though there’s enough to keep us occupied. Drama Trails really took its toll – I ended up doing 63 days in a row which wasn’t ideal! Not had a chance yet to have a proper break, but it’s been nice to get my weekends back! 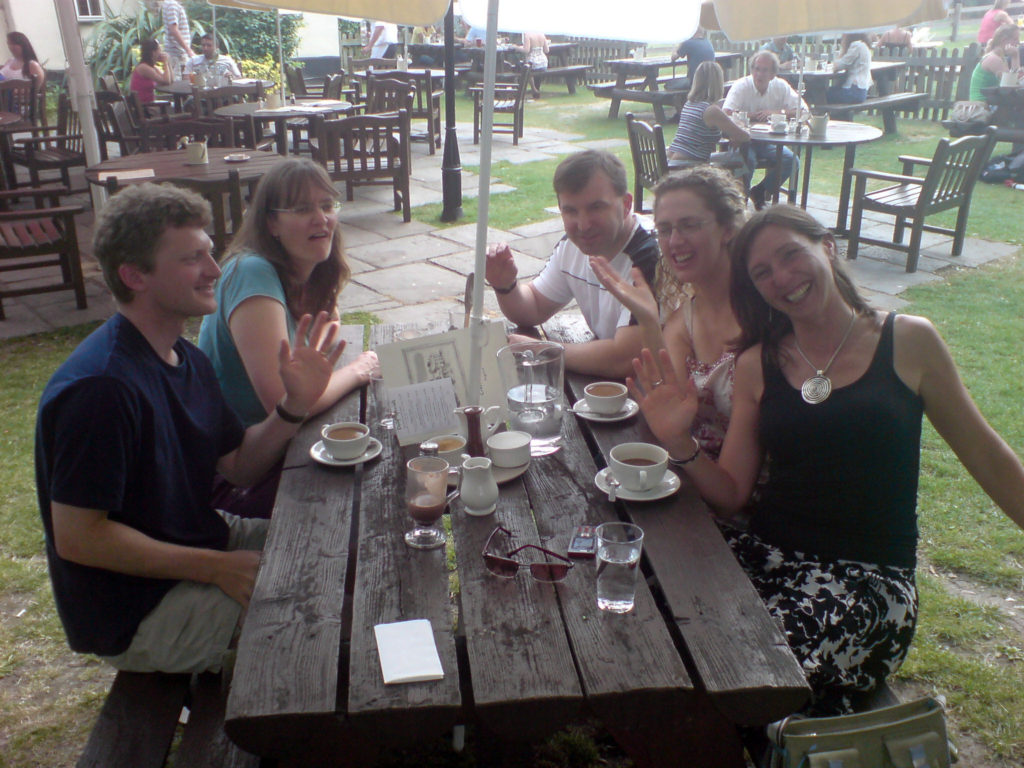 A couple of Sundays ago I went down to Reading to catch up with some old uni mates – Ali, George, Hazel, and Helen & her new blokey! It was really nice day (although the train journey down was a bit of a rubbish one – an hour late to start with, then decided to terminate at Birmingham rather than Reading!)

We went for a pub lunch, then for a nice walk alongside the canal, and it was a really sunny day which definitely helped! Then in the evening I went to Bristol to kip over at Ali’s house, then back up to Stockport on a very overcrowded train on the Monday. You can check out the photos from the day here.