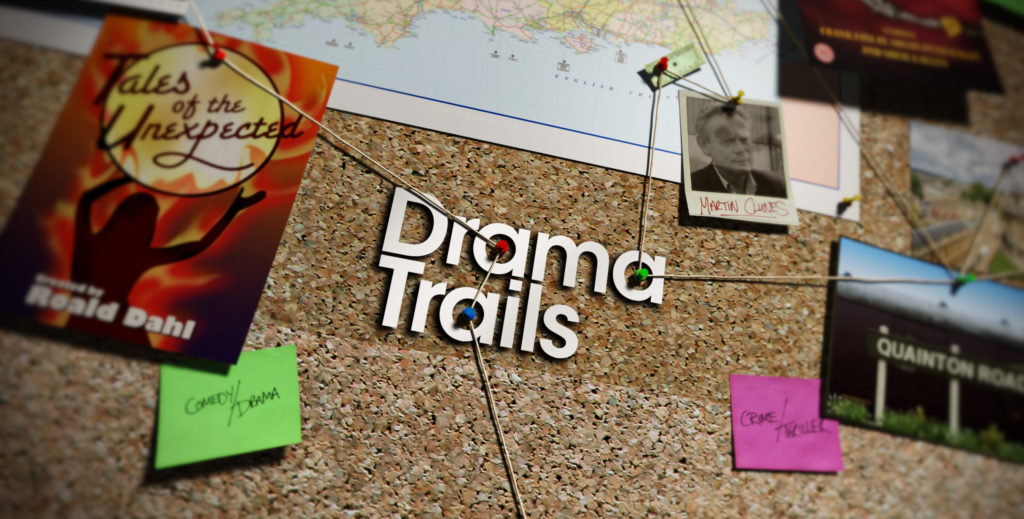 Well my excuse for not having updated this blog since February is that I’ve just been too busy with work! And it’s pretty true to be honest! I’ve not had a day off for over six weeks now and I’m feeling pretty knackered! I’m currently in the middle of doing a load of 3D graphics for a series that starts on ITV3 this Wednesday night at 9pm called Drama Trails. I’m actually really pleased with how our stuff’s all looking in it, but it’s a 10 part series and I’ve still got 5 more episodes worth of graphics to do, so it’ll probably be a few more weeks until I get a day off!

The show’s being made by Tiger Aspect, and we’ve also just completed graphics for another of their programmes – a Blackadder special which is going out on UK Gold in September, so I’ll probably blog about that a bit closer to the transmission date! 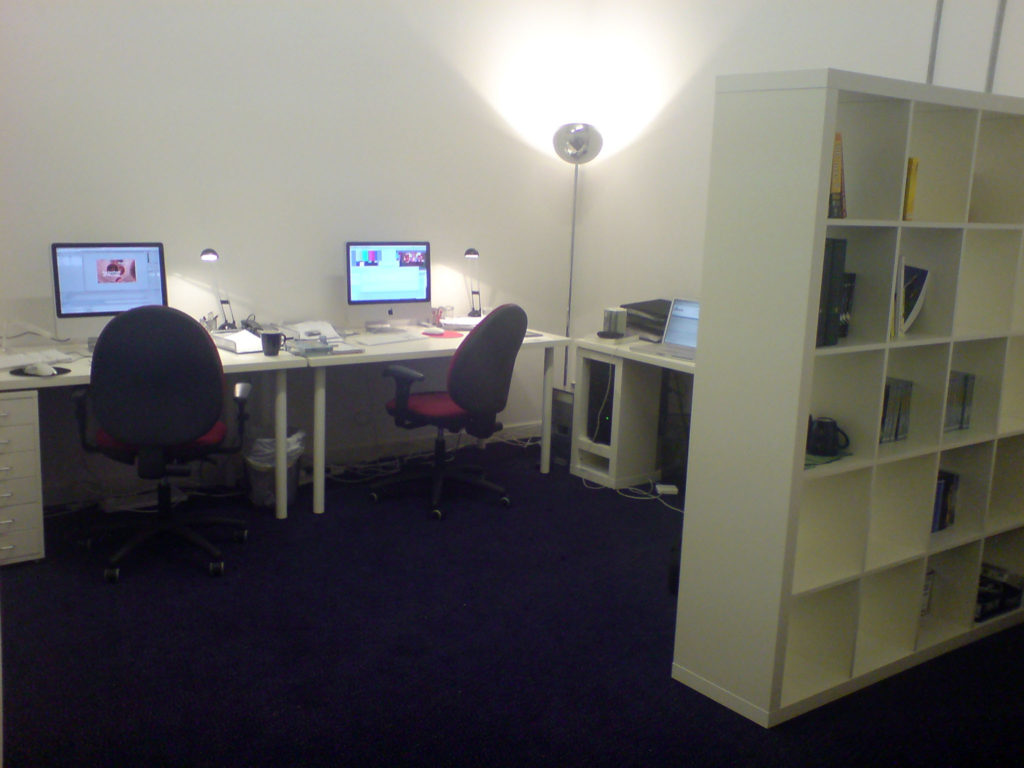 I mentioned a while ago that we were going to be moving into an office – well that happened at the end of February, and it’s great have a proper space to work in. It’s not 100% finished yet… we’ve still got to put the finishing touches to the edit suite, but I think me and James have done a pretty good job with it!

The picture here shows mine and James’ desks, which is currently where we spend most of our time. To the right of the bookcase, we’ve got a little seating area, and to the left of the shot is an edit suite that we built ourselves using lots of wood and plasterboard! Check out my photos to see how we did it all!