Been pretty busy the last few weeks – last week I had a meeting with some guys from Liverpool council about some work that me and James should hopefully be doing for them soon, and also had a lot to do on trying to get the latest Preview DVD finished (am pretty close now, and managed to get the bits they needed for New York in time!) 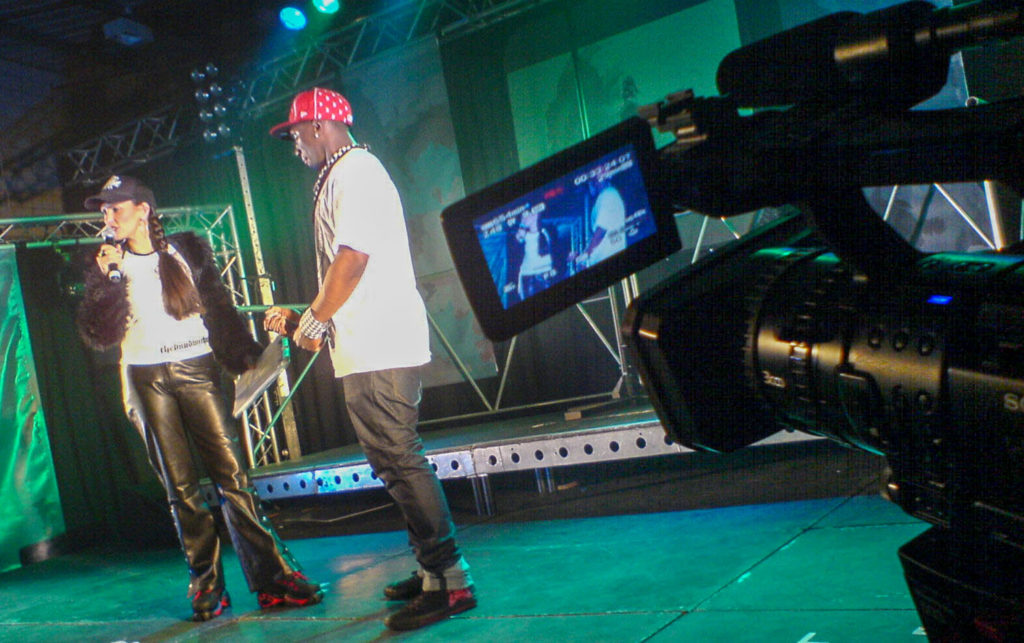 Emma with Leon from tbwnn.

Also, on Saturday I was asked to film thebandwithnoname’s launch for their new album and it was a really good gig. I listened properly to their new stuff on my iPod during the Reach weekend, and it really is an excellent album. Anyway, for the gig I was down at the front of the stage, and we also had a fixed camera at the back of the venue so hopefully I should be able to produce a decent edit of it… I just need to try and find some time to do it now!

Though I heard from James by email yesterday and they had their campervan broken into this week, and had a few bits and pieces stolen, including his iPod and his phone, so that’s not great. Hopefully the rest of their time out there will be amazing and will wipe out the crap stuff!