I drank alcohol this evening and the world didn’t end…

Goldeneye was fun too!

Well Christmas Day is almost over, and to be honest it wasn’t as bad as I thought it would be! Still wasn’t the greatest day of the year, but it was better than last year’s – I didn’t actually work during this one! 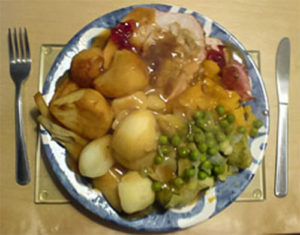 Anyway – first off the Christmas dinner!! It was delicious! I cooked turkey with sausagemeat stuffing and cranberry sauce, sausage with bacon, roast potatoes, roast parsnips, boiled potatoes, swede, leeks, peas and sprouts. And I did more than I needed so I can have the same tomorrow!

And it’s been turkey sandwiches for tea tonight so I’ve definitely had a traditional Christmas as far as the food’s concerned!

END_OF_DOCUMENT_TOKEN_TO_BE_REPLACED

Just got back from a nice meal at Jamie’s and I have to say that tonight I’ve seen probably the worst film ever! Well, 51 minutes of it because that’s all we could take!! It was Miami Vice, with Colin Farrell and Jamie Foxx, and it was dire! Bad script, bad dialogue, no character development… basically just shots of fast cars and speedboats!! Total rubbish – that’s time I’m never going to get back!! Apart from that though, it was really nice spending the evening with Jamie and Dean, and we ended up watching a DVD of Victoria Wood instead!! 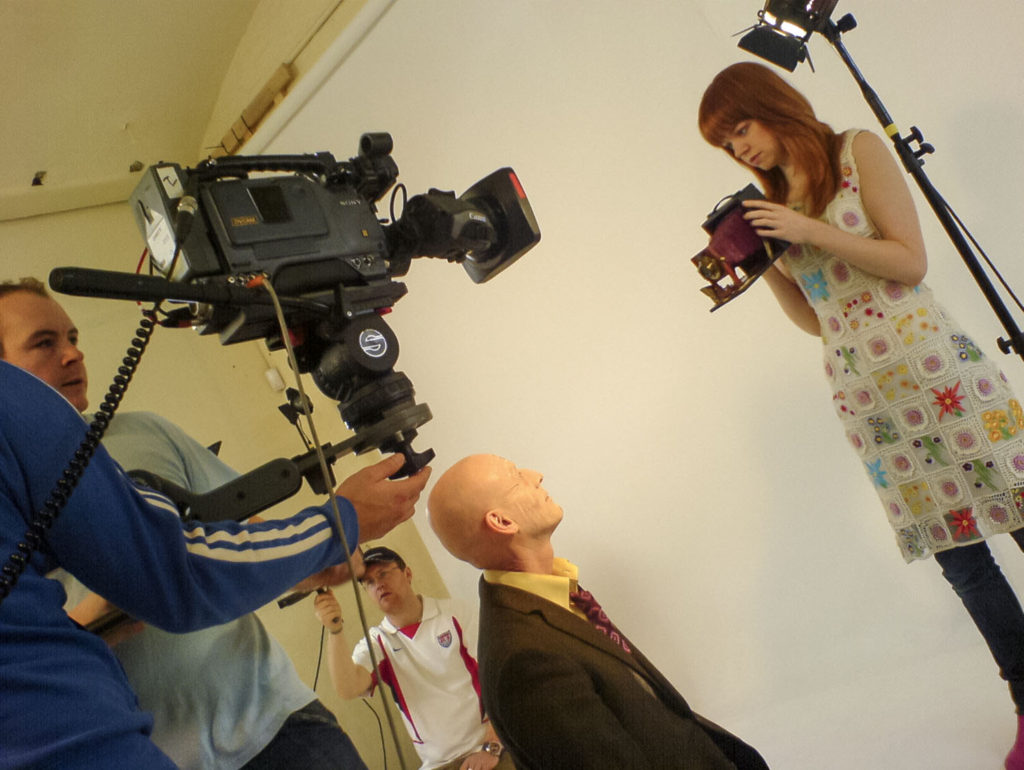 Anyway, all this weekend I’ve been over at some mills in Compstall on the set of a short film called ‘Soul Shutter’, starring Georgia Taylor (who used to be in Coronation Street and has done some other big dramas since). It’s being produced by Hamish and Rob, and they’ve managed to rope in a load of people to give their skills for free to get it made. Somehow, I’ve been persuaded to do all the computer graphics stuff for it, and having been there all weekend directing the CG sequences, I’ve realised that it’s going to be a lot more work than I’d originally been led to believe!!

There’s a lot of action that takes place within photographs, so a lot of it was shot on a totally white set, and I’m going to have to key in loads of effects, as well as also doing moving images in photos on a wall, a bit like you see in the Harry Potter films… only with the budget being a few million quid lower!! Was a really good experience though, and I hope I can make it look expensive! I’ve got a load of photos from my phone of the shoot here. 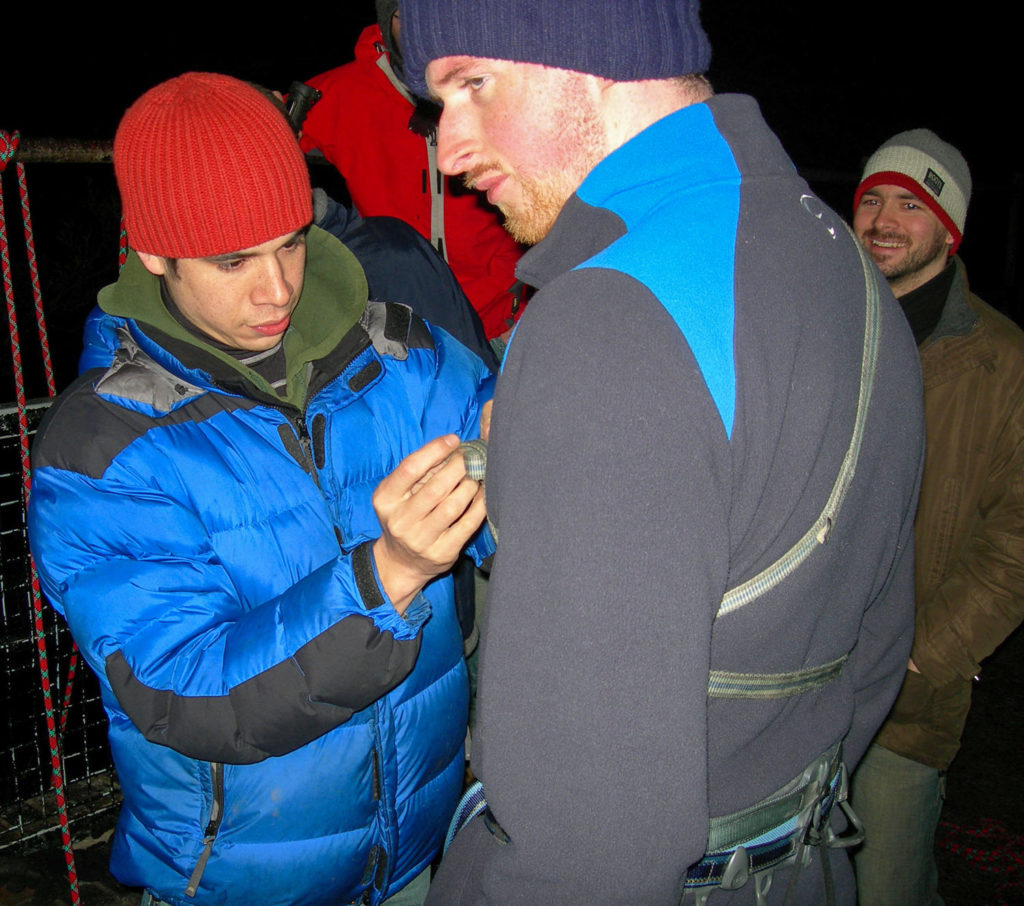 On Friday evening I got a call from Jamie seeing if I was up to anything because there was a group heading off to do some bridgeswinging! I went with them a few years ago so I knew that there was no way I’d do it, but I said I could bring my Z1 and film them throwing themselves off the side of the incredibly high bridge! It was really cool and I got some nice shots of people leaping, though obviously because it was dark and my light can only really illuminate short distances you don’ really get a feel of the whole action. I’ll probably try and cut something together and maybe stick it up on Youtube or something.

I kind of wish I could summon up the courage to do it, but the thought of jumping into darkness really doesn’t appeal to me! Not convinced either that it would make the slightest bit of difference if I was able to see where I was jumping but maybe I should add it to my list of things to do before I die… just as long as I don’t die doing it!

Today’s blog entry is being brought to you from Bristol! I’m down at Ali’s for the weekend because she had a party last night which I came to… it was kind of to celebrate Christmas, to welcome her two new housemates Kate and Julie, and to be a get-together before she heads off to do some volunteer work in a Christian school in Lebanon in the new year (obviously the situation isn’t the greatest out in the Middle East at the moment, but apparently where she’s supposed to be going is quite a way from Beirut, off in the mountains!)

I got here about 5.30, and because I was a couple of hours early, I had the pleasure of helping to set everything up! We put up 2 gazebos in the garden, and decorated them with fairy lights and genuine Egyptian lanterns! I made a slight effort to look Christmassy… I had planned to wear a Santa hat, but I couldn’t find the one I used to have, so just attached some tinsel to my jeans and shoes!

The only other person I knew here was Helen who was at uni a the same time as me and Ali, and she was here with her boyfriend Pete (boyfriend/girlfriend seem such odd words to use when you’re our age!) and he was a really nice guy. Spent a lot of the night chatting to both of them which was cool, and then they popped in this morning before heading off to Cornwall for a week’s holiday. I’m not jealous that they’ve got a relaxing week ahead of them!!

I’ve been out pretty much every night this week! After the Cannonball night on Tuesday, Wednesday night saw me head up just north of Bolton to watch a DVD with John Cieszynski, and it was a nice chilled out night. We grabbed some chips and just vegged out in front of Mission Impossible III, which I’d seen at the cinema but had kind of forgotten exactly what happened in it!