I’m really, really tired. I could really do with some kind of holiday, but now that I’m freelance, I just don’t like turning down work, which means I never seem to get any time off. Maybe in a few months I can grab a break, otherwise I’ll end up running myself into the ground!

I’ve been down in London this weekend filming some stuff for NuSkool. It was a performance of urban dance in Acton Vale so that I can produce a promo for them at some point. It was a very long day, but the kids seemed to get a buzz from it, and the community centre was packed on the evening which was great. I stayed at Prince & Laura’s flat last night, and then drove back today, stopping for Sunday lunch at mum’s on the way back up!

Today, the annual 10K run took place in Manchester, and I’m so glad I didn’t enter it this year! I found the training really tough both times before, and it really stressed me out in the lead up to it last year, although on the actual day I suppose I was glad I’d done it again. I guess the main issue is that the reason I did the run in the first place wasn’t really for the right motives… the only reason I signed up to do it the first time was to try and impress a particular person, and to give us something in common – and that obviously worked really well!

And then the next year I just ended up doing it again and my heart really wasn’t in it for various reasons. Oh, well… I’m older and wiser now. Maybe.

Other stuff… last weekend I finally got round to fitting new skirting boards in my dining room around the chimney breast, and I think I’ve done a pretty good job even if I say so myself!

Hopefully I’ll get a change to paint them this week, although I know it’s going to manic with work for at least the next two. I need to get round to sorting out a kitchen extension as well because I’d really like to try and get that moving before the autumn.

Well it’s been a pretty busy couple of weeks for me. I got back yesterday from doing a 3-day shoot on the world’s biggest cruise liner, ‘Freedom Of The Seas‘! 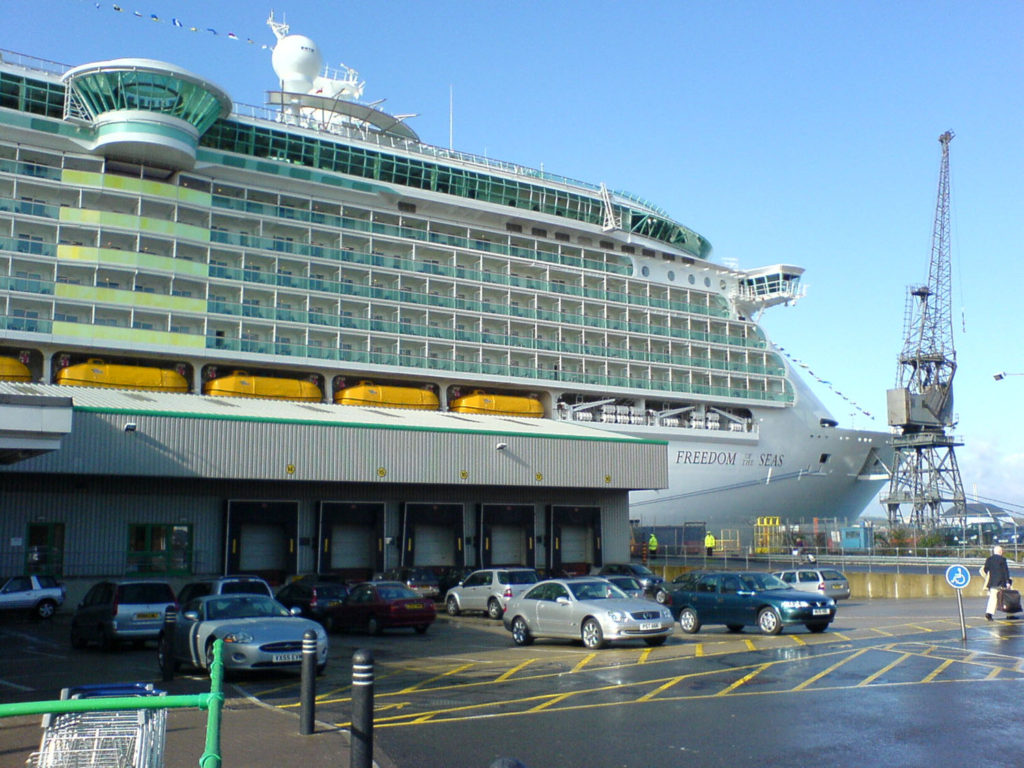 ‘Freedom Of The Seas’.

I was second camera for filming a First Choice conference, as well as general shots of everything on board, and we travelled down to Southampton on Sunday night, and then boarded the ship first thing on the Monday morning.

It was its first sailing with passengers, and just did a trip around the channel islands, but were were kept really busy with work (18 hour days!), so it didn’t really matter where we were to be honest. The scale of the ship was immense, and it had so many different things on board. As well as a massive ‘Promenade’ high street, it also had a theatre, ice rink, sports pitch, surfing pool, crazy golf, a casino, and even a climbing wall!

Also, for the time we were on board, we didn’t have to pay for any food and drink, and it was all of a really high quality. It was a great experience, but to be honest, I don’t think a cruise would be the kind of holiday I’d go for at all. Just my taste I guess.

Check out the photos I took whilst on board here.

Just before all that, I went down to Tamworth for the day on Saturday because it was Steve and Julie’s engagement party, and I also went to see Vikky’s new house which she and Damien have just bought, and I think it will end up being really nice. It’s a good size, and it’s got a really massive garden – miles bigger than mine!

And then today me and James have been filming so interviews for the Preview DVD, so it ended up being another long day… I could really do with a bit of a rest sometime, but I’ve not got a day off until next weekend!