You may remember that about a year ago I had a slight disaster trying to put up some shelves in my dining room, and I managed to pull out chunks of plaster, and basically mess up a recently finished wall.

Anyway, in the last few weeks, I had a go at trying to patch up the wall (which has just had holes in it for all this time!), and then repainted it all, and now you can’t really tell that there was a problem there.

To be honest, the wall is pretty rubbish – it’s pretty crumbly underneath the plaster skim – so I managed to find some shelves that weren’t as heavy as the ones I tried to put up before, and that had a bit more support.

So this weekend, I attempted for the second time to put up shelves in my dining room, and it seems to have been a success! I’ve used much longer screws and better raw-plugs, so hopefully they should stay up! I’m not planning on putting anything too heavy on them, so it should be okay.

I’ve still got loads of stuff that needs doing on my house – but I have started getting things done after a long period of doing nothing! I want to get my kitchen extended this year as well, so I need to get some plans made up, then will try and get all the rest of the work that needs doing done at the same time.

Also, had a really good time down at VideoForum with James. I saw so much cool kit (that I would really like, but can’t afford!) And we also went to some seminars on lighting and I learnt loads. Now just need to save up some cash so I can buy loads of video stuff!!

I went down to Bristol this weekend for Ali’s 30th (I find it quite amusing that she’s now back in the same decade as me!) and in true Ali-style, it was a barbecue… in February!
It wasn’t the hottest of nights(!) but they had a bonfire and fireworks, so you didn’t mind spending time outside. 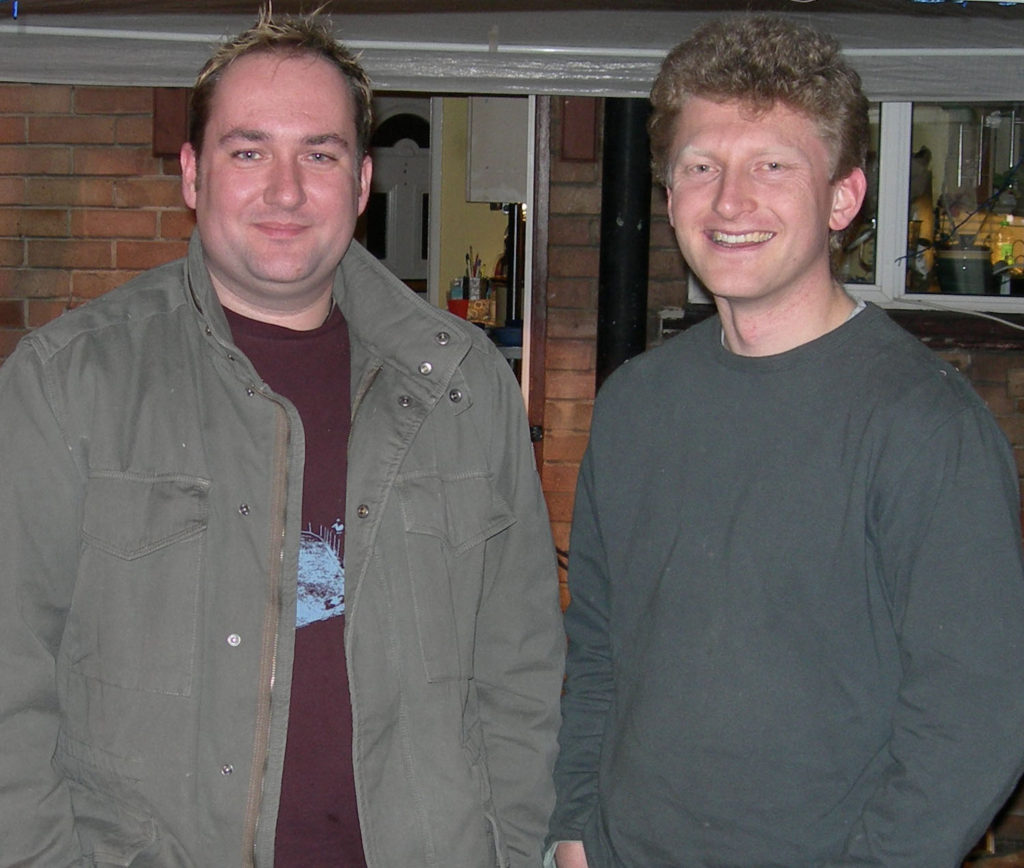 I didn’t know most of the people there, but two others from uni were there – George (minus Hazel because she wasn’t well) and Helen were both there, so it wasn’t too bad.

I drove back up yesterday afternoon – but because of roadworks managed to miss the turn off from the M4 onto the M5 and I nearly ended up in Wales! I managed to get off just before the Severn Bridge and turned round to head back the correct way!

I’m off down to London this week with James to go to an exhibition and conference called VideoForum. It’s not costing too much either – we’ve managed to get train tickets for £25, and the uni are paying for a room in a Travelodge for James, so I’ll be able to crash in there with him… so it’s worked out loads cheaper than I expected. I reckon we’ll find it really useful – we’ll be working together this year producing DVDs for a trend forecasting project, so I think it will be good to see what kind of kit is out there, and also to get to some of the seminars too so we can get the DVDs up to a higher standard (hopefully!!)