Last night I went to my second Christmas party in a week! I guess this was probably be the last social event for me for a long while, so I’ve been making the most of these last couple! 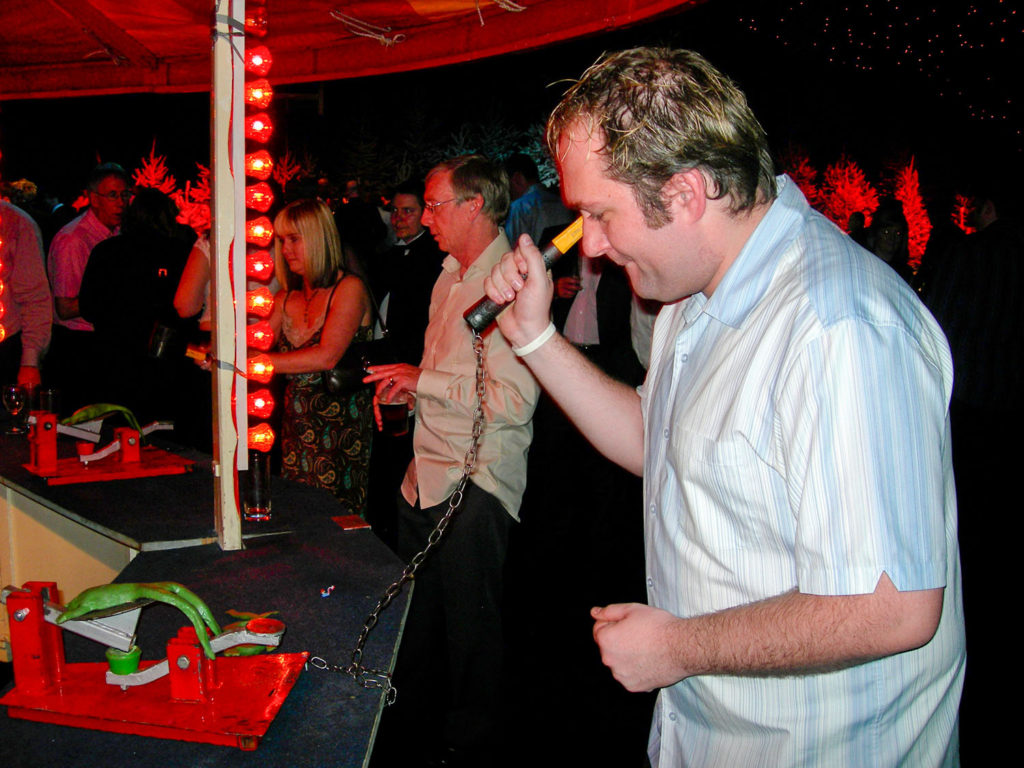 Like last year, we had our party along with all of the Manchester United employees, and it was provided by ‘The Christmas Company’ again… the theme this time was ‘Gatecrash The Kremlin’ – so there was quite a bit of Russian music and Cossack dancing going on!

The meal was pretty good, and we didn’t have to pay for our drinks… so the night didn’t cost me anything… which was definitely a bonus (especially since my heating died on Sunday and I’ll be paying to get that fixed this week!)

They had dodgem cars there but I didn’t get to go on them because I couldn’t be bothered queuing(!), as well as a fairground stall where you had to try and hammer a lever to get a rubber frog into a container – though after about 10 failed attempts I gave up!

You can see the party photos here. 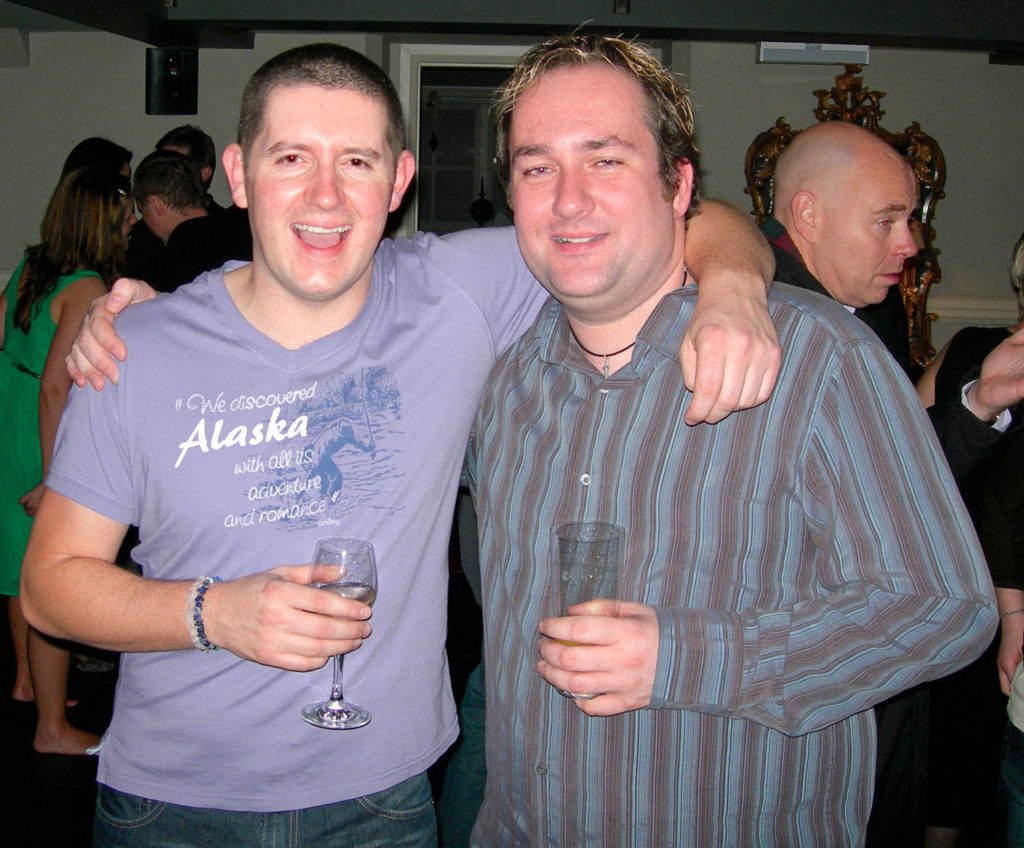 Last night I was at Airplay‘s Christmas party (I’ve done various freelance work for them over the last year) and it was a pretty good night.

They’d invited all of their freelancers along as well as the regular staff, so I knew a few people there, but there were quite a few faces I’d seen around their offices who I spoke to for the first time at the party!

Leighton even came up from Birmingham for it, and everyone seemed to enjoy the night… he was slightly the worse for wear by the end of it! There was a free bar until half midnight, and Dave Walker made the mistake of buying a drink at 12.40am… and ended up buying a single Malibu and Coke for £7.50.

He was well hacked off!!

There are a load of photos from the night here.

Got my second Christmas party – the Manchester United one – on Monday evening, and that one should be really good if last year’s is anything to go by.

I’ve recently been working on the titles, graphics and sponsor bumpers for a one-off documentary that went out on national ITV1 at midnight. It was a programme made by a guy I know called Rob Hallam who went out and filmed the Cannonball 8000 weekend – where over 100 really cool cars travelled across Europe, driving from London to Rome!

I went to the Sports Bar in town to meet up with the others who worked on the show, along with a load of Rob’s friends to watch the ‘premiere’ of the show as it went out! It’s being repeated on Men & Motors on Boxing Day in the early evening and on New Year’s Eve as well. I thought it was a good programme, although they didn’t use all of the 3D graphics I produced for it, and they were pretty good (even if I say so myself)!!

Oh well – I can still use them on my showreel when I get round to making it!

Just got back from Bradford where I went to see the first night of Delirious’ Paint The Town tour at the Abundant Life Centre, and it was a really excellent night. The only weird thing really was I think it’s the first gig I’ve been to on my own, which means in some ways it wasn’t as good as when saw them in Bradford last year because it was much nicer being there with really good company. 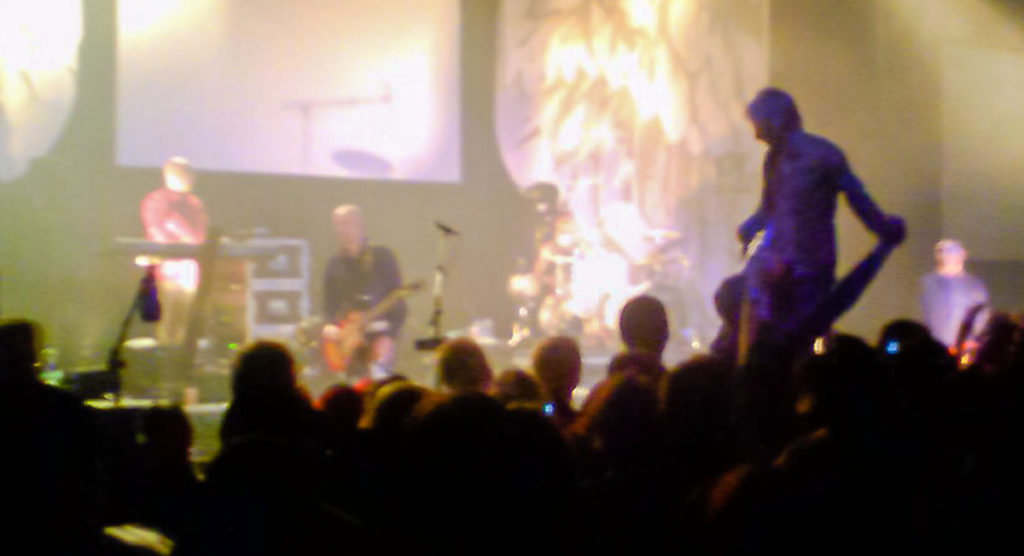 But anyway – my observations – a great show… Martin Smith’s voice sounded really good… in a much better shape than when I saw them at Soul Survivor in the summer. Having heard ‘Now Is The Time’ and ‘Miracle Maker’ live earlier this year, I knew they kicked serious butt live, and the other Mission Bell tracks sounded better live too… as is often the case with Delirious.

I’d never been to Abundant Life before, and it’s a slightly weird place as a venue… certainly felt more like a church gig than normal. Also they made use of their screens, and a 2 camera mix was used throughout (pretty well done actually), and what reminded me of the old days a lot was the fact that all the words were projected on the screens, which did seem a bit out of place at a gig… but was actually quite handy ‘cos I didn’t know all the words to the new songs! Saw Joe Wardman who was working on the merch stall there (an old friend from working at Spring Harvert who goes to Abundant Life) – I’ve not seen her for about four years, though we do chat occasionally on messenger… We weren’t able to talk too much because the stall was a bit manic, but will try to catch up properly sometime in the future.

Setlist: Intro – pre-recorded strings version of ‘What A Friend’, Here I Am Send Me, Rain Down, God In Heaven, Solid Rock, Miracle Maker, Lead Me, Fires Burn, History Maker, Paint The Town Red, Heaven, Take Of Your Shoes, Majesty, Now Is The Time
Encore: Love Falls Down, Every Little Thing
(Pretty sure the set list’s right… it’s done from memory – I used a bizarre song association memory technique to remember it!!)

I started working at MUTV exactly six years ago this week, and today I handed in my resignation letter to try my luck in the world of freelance production. It’s a pretty big decision, and something I’ve been contemplating for quite a while, but now it’s all very real, and I finish working there at the end of the month.

This last year I’ve been able to build up some good contacts by doing various bits of work, and get myself known a bit with different companies and producers, so I feel now is the right time to take the plunge and go totally freelance.

It’ll be weird leaving MUTV after all this time – especially not working with some really cool people every day – but I’ve just got quite bored working on football stuff, and I’m really looking forward to doing a greater variety of work, and getting back to doing some more camerawork as well.

Anyway, it’ll probably be quite scary at first – especially since there’s no guarantee of a regular wage, and all those bills still need to be paid… but hopefully it’ll all work out okay!