Meant to post this ages ago, but I’m doing the Great Manchester 10K Run again in May (hoping to beat last year’s time of 1hr14m24s!) – not done too much training yet, but am planning to do quite a bit more than last year!

I’m raising money for Cancer Research UK again, so if anyone wants to sponsor me, just let me know!

I tried to scan some photos in, but the belt in it keeps slipping so it just won’t work any more – I know how to fix it, but unfortunately can’t find any way of getting into the damn thing – there are just 2 screws on it, but they’re a weird star shape so I can’t undo them. And the rest of it is bolted together with some kind of rivet.

I bought it back in 1998 so I guess seven year’s use isn’t too bad! Paid a fortune for it at the time, but they’re a heck of a lot cheaper now! Should be able to get a reasonably decent one for about £50 – might do that before work tomorrow!

Had a really boring Easter weekend – the only thing I’ve done is pop down to Tamworth to pick up my car (and then watch the first episode of the new Doctor Who which I thought was really good) but that’s been it. So actually kind of looking forward to going back to work!

I was over in Sheffield yesterday and last night giving Jamie a hand collecting some furniture for his new house that he’s in the process of buying. He was given it by James’ grandparents who are moving to a smaller house (apparently the person who’s bought their current one is the manager of Sheffield Wednesday, Paul Sturrock!), and they’ve given him a couple of beds, plus a table and chairs. So we strapped each of the beds onto the roof of each car, and filled up the backs with other bits and pieces! 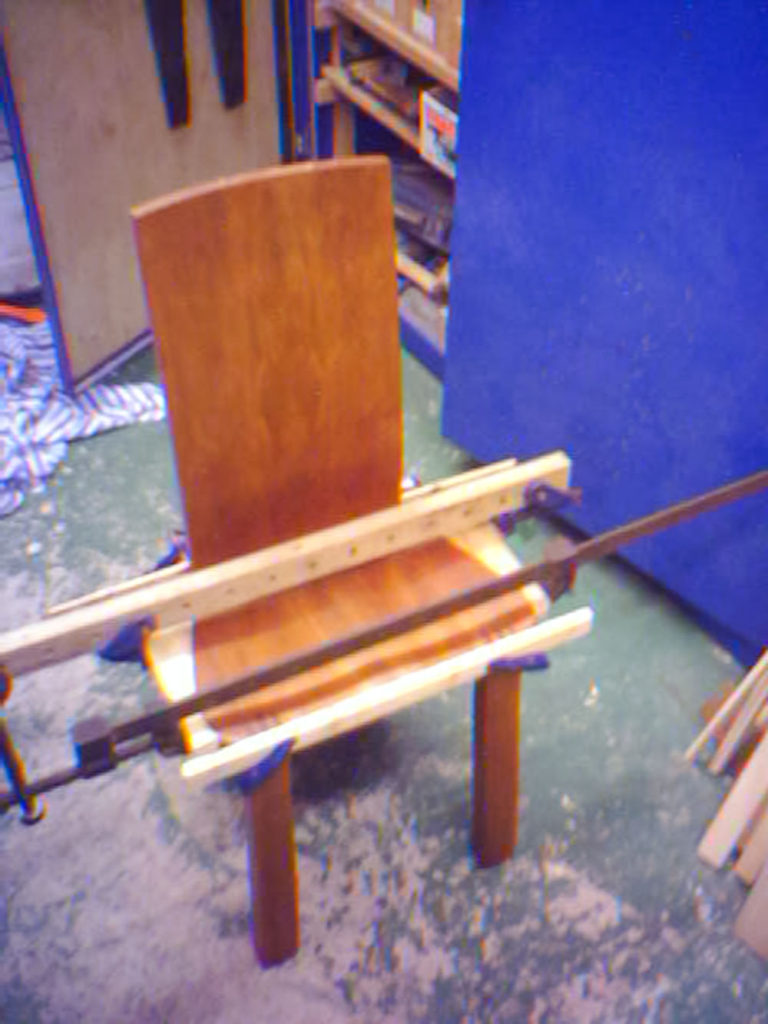 Then later on the afternoon, I helped him by giving him a hand with repairing a chair of Darren’s, which was hand-made by his sister, that which had split in half across the seat. When I say I was ‘helping’, it was more a case of holding bits of wood, and supporting clamps! I think he did a really good job, and when we took all the clamps off this morning, the glue and dowels appeared to have done their job because Jamie was able to sit on it without it falling apart again!

Then last night we stayed over at his mum and dad’s house, so decided to rent and watch ‘I, Robot‘ – and I thought it was a really good film… when it came out I didn’t bother going to see it because I thought it might be a bit rubbish, but it actually had quite a good story to it.

Other stuff… my car failed its MOT on Wednesday.

I’ve left it with my brother to do some work on it, so have borrowed mum’s Peugeot 205 which is quite different to my trusty Fiesta! It’s taking a bit of getting used to driving a car that doesn’t have a fifth gear, has a manual choke, and rattles when it does above 60mph!