Spent the weekend in a village called Tideswell in the Peak District for Fiona’s 30th birthday. She rented a cottage out there, and a group of us went out for a walk on the Saturday afternoon, and then stayed over until Sunday. 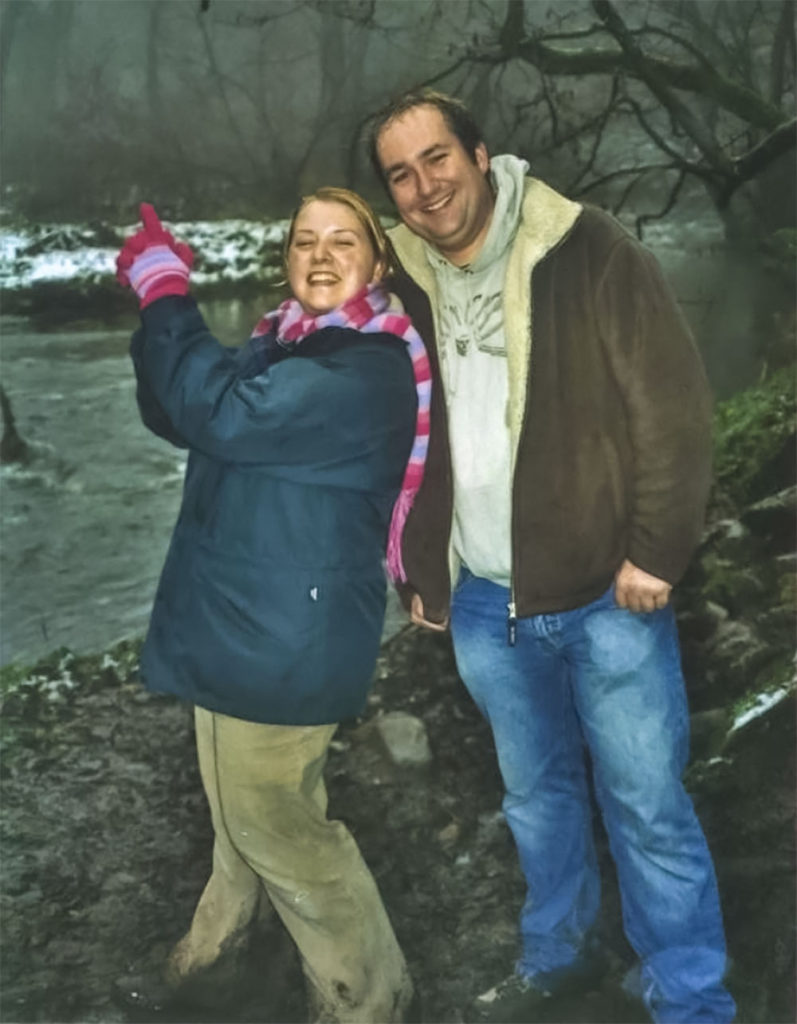 It had snowed in the Peaks earlier in the week, so we were trekking through snowy fields and the like, and it was really smart. Pretty cold and slippy though! It actually took us a bit longer than we thought it would (possibly because two of the party were pregnant!), and it got dark well before we’d finished! Luckily there was enough light to still read the map!

In the evening, we all went to the pub next door for a meal, and then headed back to the house to chill out.

Then on the Sunday, after most people had gone, we went out for a shorter walk around Cheedale, which was where I’d gone to a couple of years ago when Jamie and some of the other guys went bridge-swinging in the middle of the night!

We walked alongside the river, and it was really beautiful around there, although I found it a little tricky in places, because some of the rocks were a bit slippy, and the snow was beginning to melt. This also meant that the river was rising, and when we came back along the same route, parts of the path we had taken were now becoming part of the river! And it wasn’t helped by it starting to chuck it down as well!

There are a load of photos (and a couple of pictures taken with my phone!) here.

Yesterday was Dave Ciezynski’s stag day, and a load of us went over to Snowdonia to do a bit of a walk up a mountain called Tryfan. I guess I should have guessed it wouldn’t be the easiest task, because Jamie was leading everyone, so I found it pretty challenging. 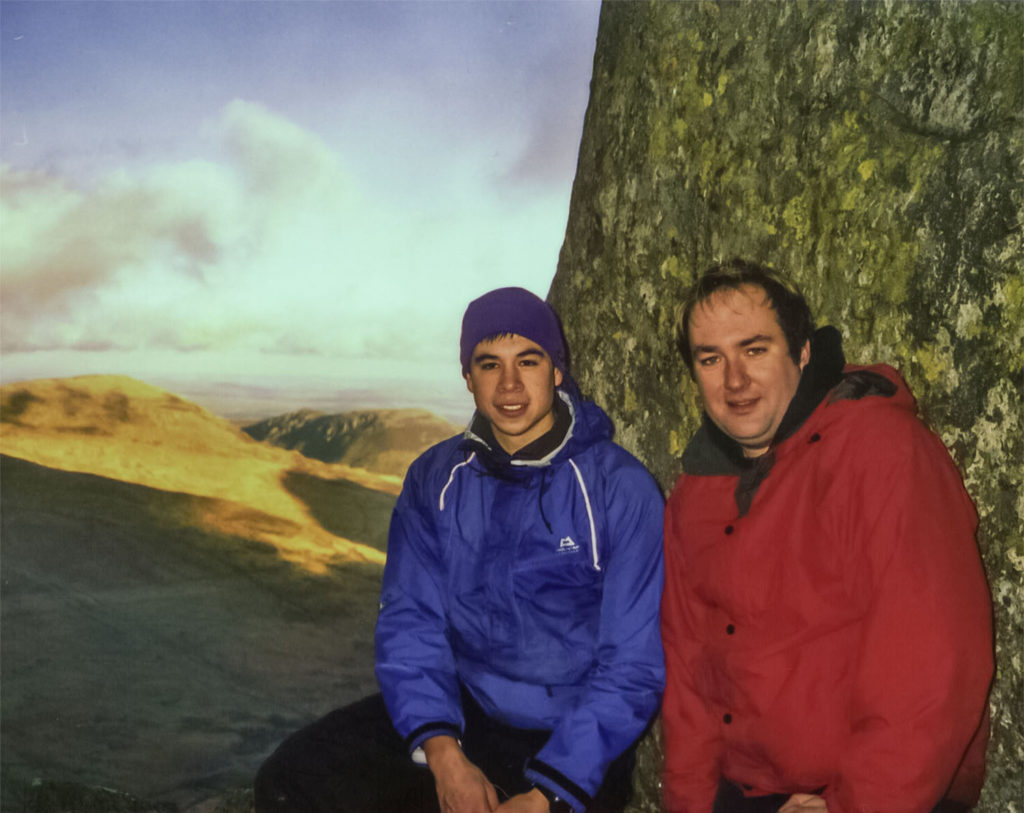 As we were climbing up, it started to snow, and the further we got, then we found that there was a bit of ice around on the rocks as well. Unfortunately, we has to climb up quite a few of these, and there were a few times where I had to climb over or up rocks where I felt really scared because we were quite exposed on the side of the mountain, and I was seriously concerned that I might actually fall off!

Just before we got to the bottom, I was walking over some quite boggy ground, when I took a step, and suddenly found myself up to my knees in mud! I managed to get myself out, and luckily I was wearing some waterproof trousers so it wasn’t too bad. Fortunately, no-one actually saw me fall in, which I was glad of, especially as I’d found it highly amusing when an identical thing happened to someone else exactly a year ago!

After the walk, we went to a nearby pub and had a nice meal, and were back in Manchester for about ten o’clock. Not the latest stag party I’ve been to, but still a really good one!

Check out the photos of the day here.

I’ve spent today putting up some paper on the walls and ceiling of my landing to give me a decent surface to paint on – and it was the first time I’d ever attempted the art of hanging wallpaper! 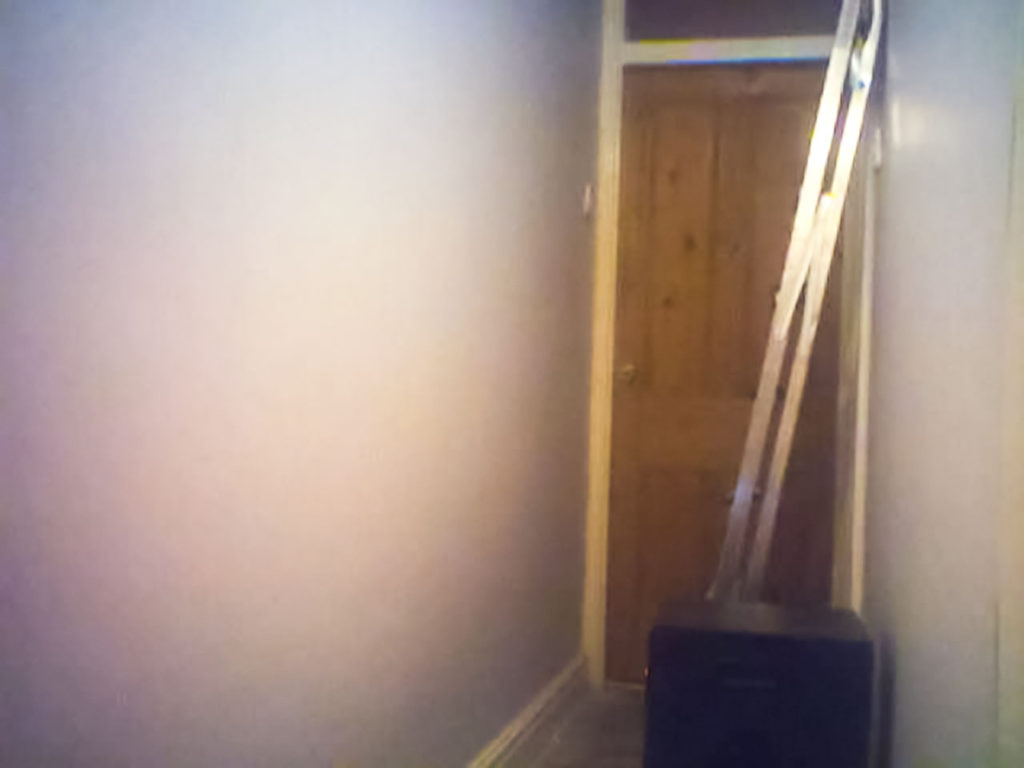 Mum and Elaine have come up for the weekend, so they were giving me a hand with it – though to be fair, mum was taking more of a ‘supervisory’ role! (Though I have got a cleaner bathroom now ‘cos she blitzed it whilst we were getting covered in wallpaper paste!)

I’ve decided that it’s actually quite difficult to hang wallpaper well, though I was definitely getting better the more I did! Unfortunately the very first piece I had to do was on the ceiling and had a light fitting smack bang in the middle of it – which was probably not the best thing to have to deal with when your doing it for the very first time! And there are still quite a few air bubbles which I couldn’t get rid of, but I’m assured that they should disappear as it dries out… not totally convinced to be honest!!

One thing which is pretty rubbish is that I’ve got a leaky roof, and it looks like a lot of water has seaped into my walls – the ones in my spare room are soaking at the top, so that room will need re-wallpapering, and maybe even part of it will need re-plastering once I’ve managed to get the roof fixed. And also, my central heating died a couple of weeks ago, so that’s another thing I need to get sorted… arghh!!