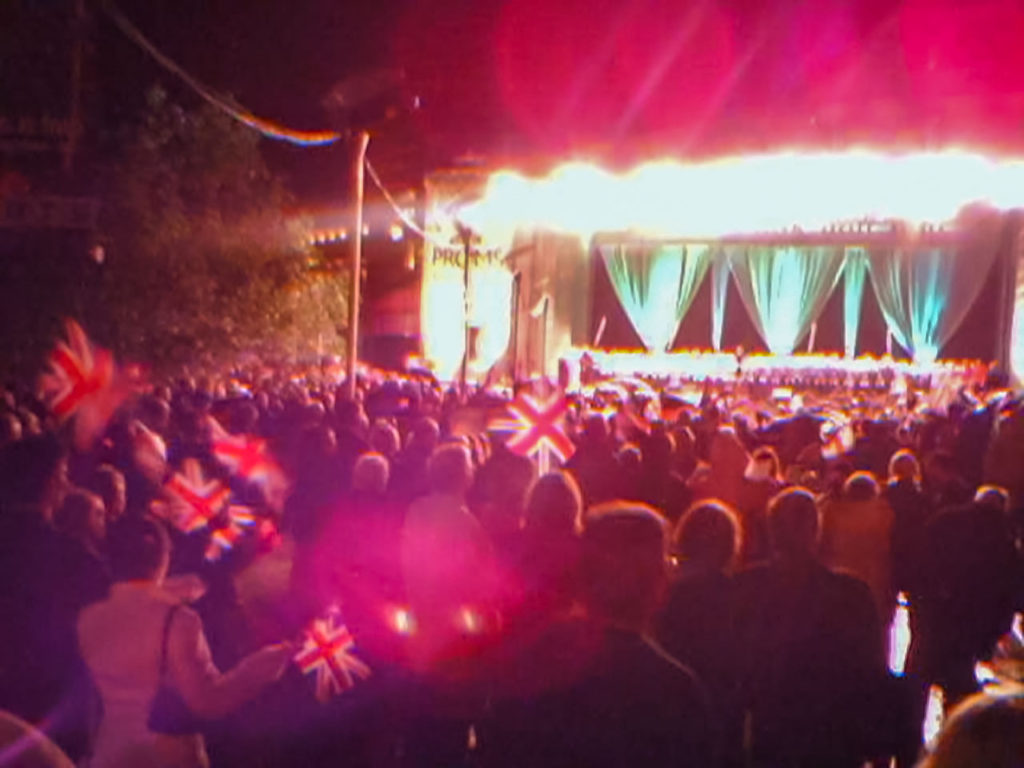 Went to BBC Proms In The Park in Cathedral Square last night, which was the Manchester part of last night of the Proms. I was with Sarah, Emma, their friend from work Katheline, and Becky – and I’d been really looking forward to it, although the weather forecast for the evening wasn’t too good…

Got there about quarter to six and were confronted by a big ‘Wimbledonesqe’ queue! So we joined the back, and eventually managed to get into the Square.

We found a bit of ground to sit on, and the concert got under way – but after a few minutes, it started raining a little bit… then that light shower turned torrential and we got absolutely soaked! I was wearing a waterproof so I wasn’t too bad, but my trousers were drenched. We eventually had to stand up because where we were sitting was quickly becoming quite a river!

A trip to a nearby pub halfway through was called for so that we could try and dry out a bit, then we ventured back for the last section which saw a link up with the Albert Hall for all the ‘classics’… Rule Britannia, God Save The Queen and Auld Lang Syne. I must admit though that I didn’t really like singing them because I don’t think I agree with the a lot of the sentiment behind them! It’s kind of very “We are British and we are the best” which is a bit rubbish really, and I’m not overly fussed about the Queen ‘ruling over us’! So it was more of a micky-take sing-a-long rather than a meaningful moment!

Took some photos on my phone and you can see them here.