Right… it’s been a whole month since I did a news update, so here’s one now! 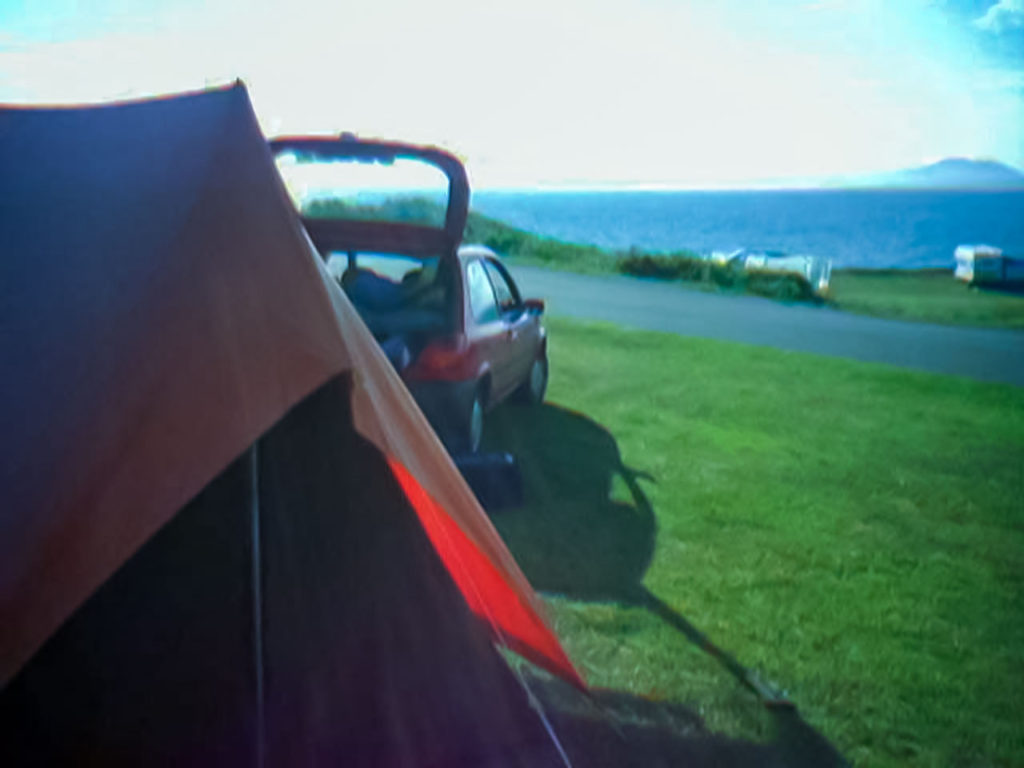 Earlier this month I went on a camping weekend with Dean and Michael (and some other guys who I didn’t really know!) to a place called Shell Island in mid Wales. It’s quite a nice place – where we camped we could see the mountains of Snowdonia on one side, and the sea on the other!

It was really sunny on the Friday when we arrived, but unfortunately on Saturday and Sunday it went a bit manky.

Me, Dean and Michael ended up doing quite a bit of castle-visiting… not sure why(!)… but we stopped off at a little castle on the way there, and then on the Saturday afternoon, took a look around Harlech castle. Then on the Sunday afternoon, just before we drove back, we took a walk up by some small waterfalls which was cool, although we had a little panic when Dean realised he’d dropped his mobile phone somewhere along out route, so we had to go and trace our steps, checking in all the undergrowth. Found it in the end though!

My main achievement this month is my newly-disovered skill of cake baking!!

Sarah & Emma are running in the New York Marathon in November, and they have to raise quite a lot of cash for Christie’s Hospital, so Sa held a cake sale at work on Wednesday, and I foolishly said I’d do some cakes for them to sell!! I had one attempt at baking some blueberry muffins and chocolate brownies last Sunday – which turned out pretty bad to be honest! I’ve now discovered that my oven is quite rubbish, and that it’s hotter than it says it is, and the heat’s uneven! So something else to add to my list of home improvements! Anyway, tried again on Tuesday, and the results were a lot more successful! This time I went for chocolate chip cookies, and produced another batch of brownies – which this time were brown rather than black! 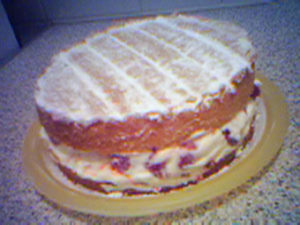 And my pièce de résistance… a sponge cake with fresh raspberries, and a crème fraîche and mascarpone! Don’t know what it tasted like, but it looked good… and apparently it sold within minutes for £10!!

Oh, and the final amount of cash that I raised for my run was £317!! Well chuffed!

Well, since my last update, I’ve been to two more weddings!

The first one was my cousin Tanith’s wedding, and I ended up videoing it with Vikky’s camera and have started editing it for them and am going to put it onto a DVD for them when I get a chance. There are some photos from the wedding here.

Then this weekend just gone, I’ve been back in Tamworth for Dave and Hope’s wedding – and this time I was the official cameraman! I had 4 cameras there, so have ended up with 15 hours worth of footage which I now need to trawl through! It was a long day, but a really cool wedding, and in the evening we had some mini-performances from Dave along with the other 29th Chapter guys, Hope did a song with BlushUK, and then the Tribe also did a couple of tracks! Quite unlike any wedding I’d been to before!