Right, well it’s been a few weeks so I thought I’d better do a quick update! 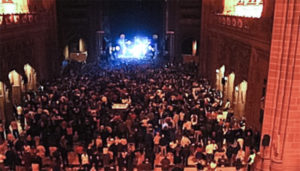 At the end of January went to see Delirious play a gig at Liverpool Cathedral, and it was awesome! There was quite a group of us – me, Oliver, Rosie, Sarah, Emma, Colin and Caroline – and we also saw Fiona, Jules, Neil and Sarah who had made their own way there.

The cathedral itself was amazing – it’s 100 years old, and looks really cool. And it was fantastic seeing a band like Delirious playing there. I saw them play Coventry cathedral when I was at uni, and that was one of the best gigs I’d been to. The atmosphere at this one was brilliant, and they played a good mix of their new and old stuff.

The place was totally packed, and the view wasn’t the greatest because the stage wasn’t that high, but even with the weird acoustics of such a large building, the sound was really good. 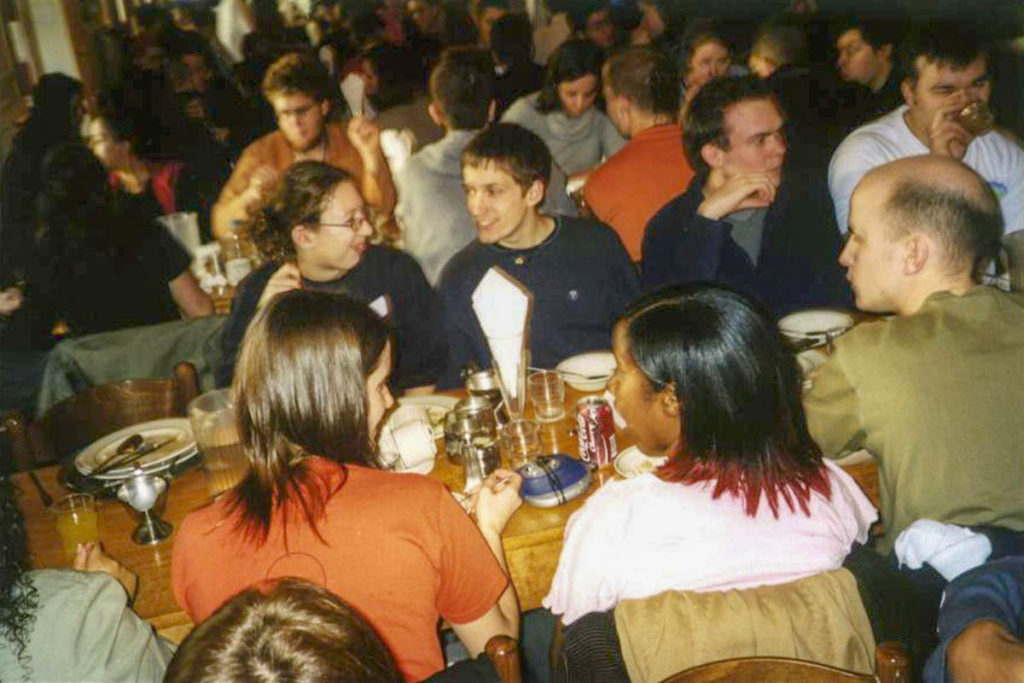 Then last weekend I went down to Kidderminster for the Reach weekend away. I had to take the Friday at work because the coach was leaving Manchester at 5.30, and it would’ve been pretty difficult to get there for that time. Anyway, there were two coaches taking us all down there, and I think I chose well, because the other coach got lost and went north instead of south, and arrived a couple of hours after we got there!

It was quite weird, because the place we were staying at used to be called Fort Rocky, and I went there on a summer camp back in 1987! I had hazy memories of a lot of the things there, but the place was a lot smaller than I remember it – maybe that’s because I was a just a kid then!

Jamie managed to dislocate his shoulder again playing basketball on the Saturday afternoon, and since he’d travelled there in his car, I ended up driving him back home, along with Sarah, and a new guy called Simon, who I discovered is good mates with Andy Chadwick who I knew as a kid, and was on the same summer camp at Fort Rocky back in ’87!

Check out the photos here.