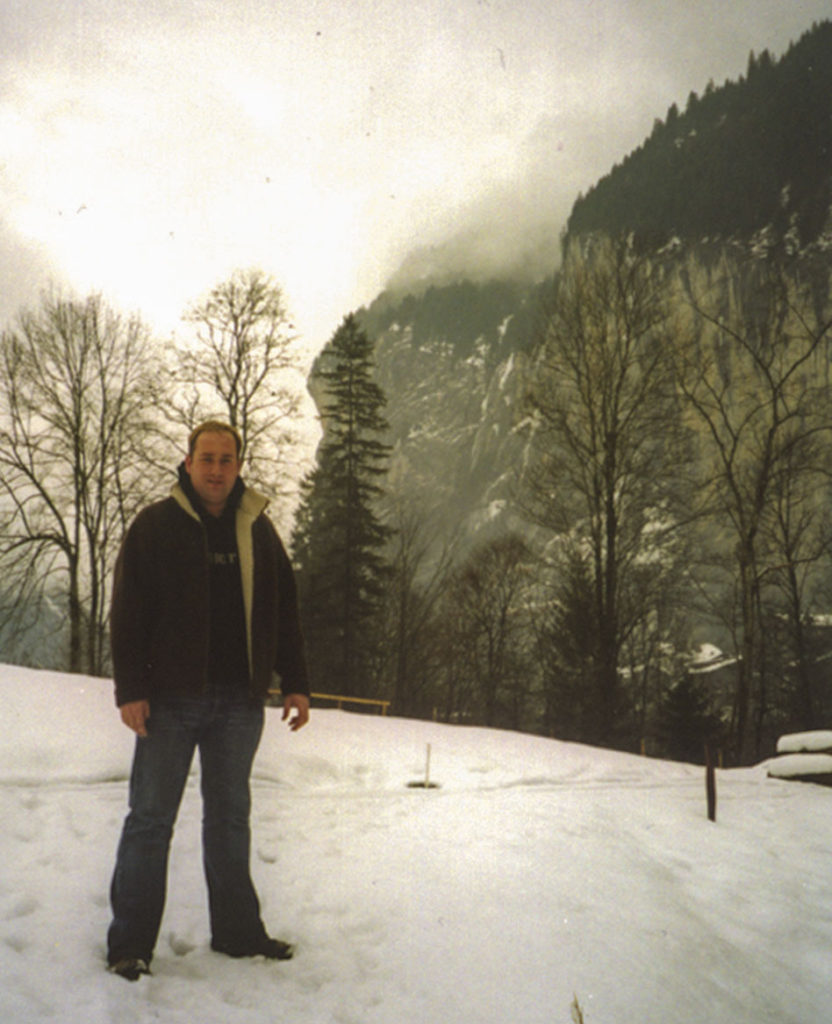 Got back home on Saturday afternoon after spending just over a week in the Jungfrau region of Switzerland.

We left Manchester on New Year’s Day and drove down to Folkestone where we got on a coach which took us through the channel tunnel, then across France, and into Switzerland to our final destination of Lauterbrunnen which is a village just above Interlaken… it was a horrific journey – we were on the coach for over 18 hours, and I hardly got any sleep because there wasn’t really that much room to do anything!

Anyway, our first day skiing saw me get left behind by my lesson group on the side of a mountain, which wasn’t really the best of starts to be honest! I had to clamber back up through some pretty deep snow, and by the time I got back up to the top, I wasn’t really in the mood to do much more skiing that day!

Day two wasn’t too bad… until the end of it. After my lesson in the morning, I went and did a blue run with Fiona (who’s a pretty good skier, so was able to advise me a lot of the time!), and even though it was really hard work, and quite stressful at times, I had a real sense of achievement when I’d done it. However, whilst I was doing this, I fell awkwardly at one point and I felt my knee go as my ski (which hadn’t come off when I went over) twisted round the opposite way to my body. Anyway, it didn’t feel too bad at the time, apart from a little bit of pain across the back of my right leg), but by the next morning, I couldn’t even walk properly without my knee giving way whenever I put pressure on the leg.

So basically I wasn’t able to ski for the rest of the week, and had to buy a sports bandage for my knee – which would normally cost less than a tenner in the UK, but when you’re up in the mountains in one of Europe’s most expensive countries, that price rises to about £25!! Athough compared to Jamie, my injury wasn’t too bad – on the Thursday, he was off doing some snowboarding and fell back after doing a jump – dislocating his shoulder!! So rather than come back on the coach, he had to fly back to the UK, so it wasn’t all bad!!

You can see photos from the holiday here.