I can hardly move this morning because I went on a walk in Edale in the Peak District yesterday with Jamie, Ben, Cathy, Sarah, Celia and Ali… and I reckon it was the longest walk that I’ve ever done!!! We worked out that we did between 10 and 11 miles, and there was quite a bit of up and down with that as well! My legs are really aching, but it was a very good day.

We started off from the village at 10.30am, and we got back to the cars at about 4 o’clock, so we basically walked for nearly five hours not including breaks! 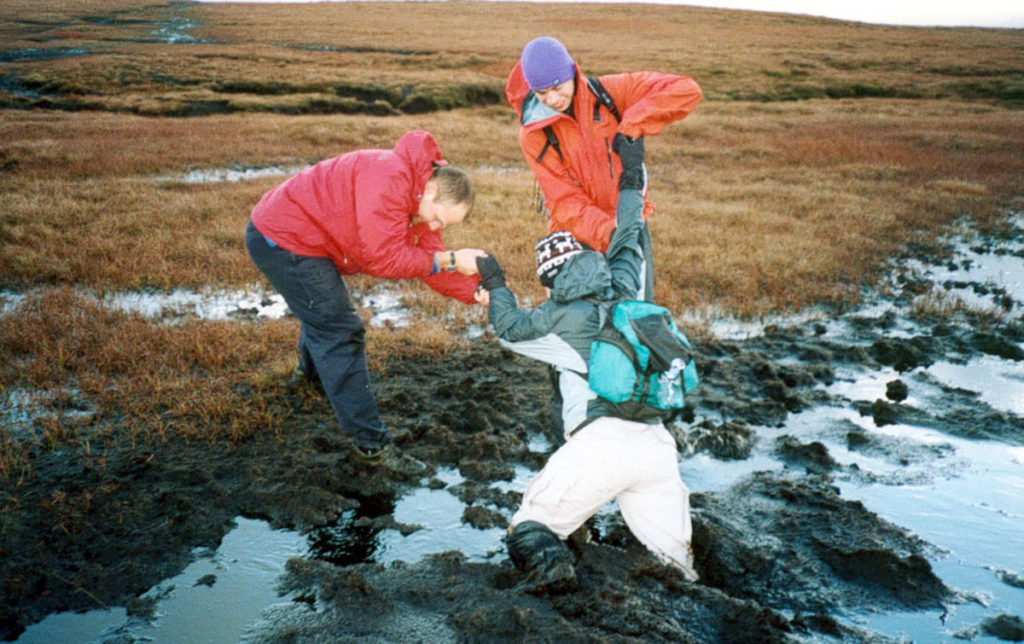 Anyway, the highlight of the day was a very funny moment that was pretty unfortunate for one person, but had everyone in hysterics! We were walking over a really large section of pretty boggy land, and we were having to be quite careful where we stepped because it was very muddy. So walking along, we’re all getting quite a bit of mud over our boots as we sink a few inches, when suddenly Sarah makes a step which ends up in her dropping through the mud… and she ended up stuck in the stinking bog with the mud now up above her knees!! And as she was there trying to get out, but being pulled back by the suction of the mud, the first thing that people shouted was “Get a camera out!!”. Hence the photo of Sarah being pulled out by Ben and Jamie! To see what those white trousers looked like after she was pulled out, check out the rest of the photos here!

When we got back to Manchester, we went out to Nawaab in Levenshulme, which is a kind of fixed-price-all-you-can-eat-curry-house… which is ideal for me considering I don’t actually like curry! But I made an exception ‘cos we were there for three people’s birthdays – Dean’s, Kat’s and Susannah’s, and there were about 45 of us in total! I ate popadoms, chicken and naan, and had 2 puddings to make up for the lack of main course!! Then a group went into the city centre to go clubbing, but all of us who had been for the walk were so done in, we just went home straight after the meal! Such party animals!