Got back from Soul Survivor at 3.30 this morning, so have spent most of today asleep! I’ve just been living in a tent for 14 days, so it’s so nice to be able to get back into my own bed! 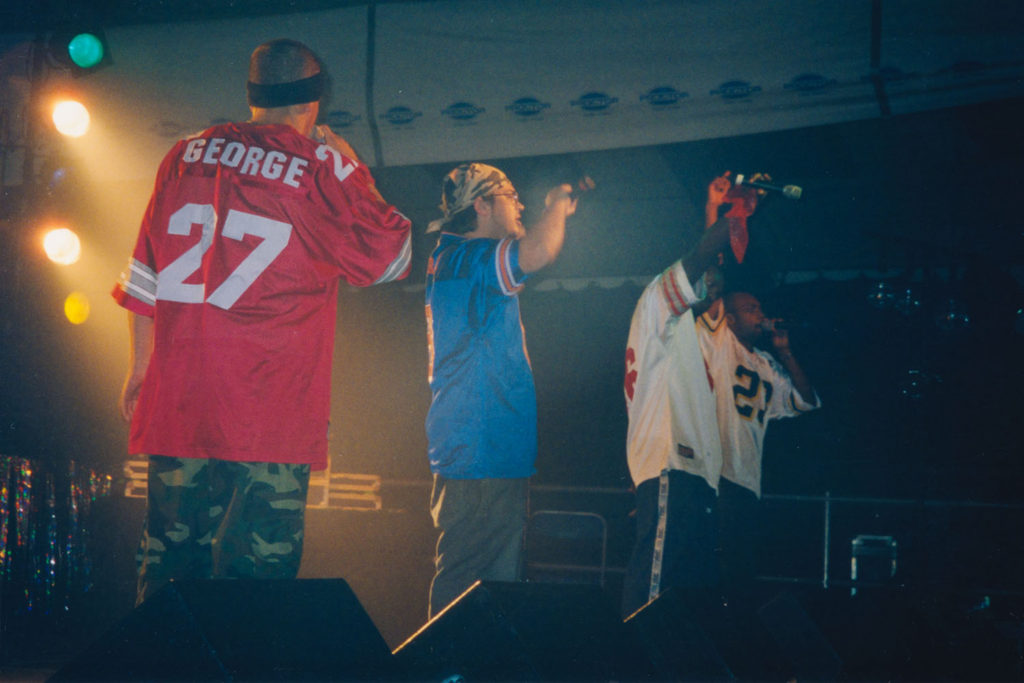 It seemed like I was there for ages… technically it was for three Soul Survivor weeks, so it appeared to be longer than a fortnight. During my first week there, I spent a lot of my time working with 29th Chapter in the Pulse dance venue because I’ve produced visuals to run with all their tracks, so was dealing with all the technical hassles backstage during their performances! I also got chatting with the guys from bandwithnoname who were also in the Pulse that week, and gave them my card in case they ever want any visuals doing for their shows, because they’re based nearby to where I live. It’s funny ‘cos in one of my first posts in this blog, I mentioned that I was at their launch night, and that I wasn’t really into their music, but now I really do like it! My musical tastes must have changed a bit over the last eighteen months!

The second week at Soul Survivor allowed me to relax a bit more… I spent a lot of the time hanging out with a load of guys I know from Tamworth who were camping there that week. I hadn’t seen any of them since last summer so it was cool catching up with what everyone had been doing. What was a bit of a shock was finding that Matt Passey has got engaged to a girl called Amy, and also that Rob Steward has got engaged as well!

And then for the final week, I had to move my tent to yet another pitch, but this time I was camping with Sarah from lifegroup and her friend Emma. Also there were another couple of their friends – Caroline and Colin – but they were staying in a local B&B because Caroline’s going to be having a baby in less than 5 weeks!

It was a really nice few days to end the holiday, but I was really feeling tired as it drew to a close, and I seem to have picked up a bit of a throat infection or something whilst being there! Or it might be something to do with the fact I’ve just eaten junk for the last 14 days!!

Check out my massive collection of photos from this year’s Soul Survivor here.

I bumped into quite a few people who I hadn’t seen in a long time whilst I was there… on the first week, I saw Fiona Bailey from uni who was there with some friends, and then Ali came down from Bristol on three of the days with a couple of girls who live nearby to her. And then, in the second week, I saw Michyla Hickling (also from when I was in Birmingham) and spent some time catching up on what people have been up to over the last few years! Someone who I was surprised to see was Rob Davies who I lived with in Kings Heath just before I moved permanently to Manchester – I’d not heard from Rob since ‘cos he moved back to Wales when we all moved out of the house. Oh, and quite weird was on the penultimate night, after the main meeting, someone came up to me and asked if they knew me. I looked at her for a few seconds knowing that I recognised her, and then suddenly realised that it was Chris Thomas who was my smallgroup leader when I was at Riverside! It’s mad the amount of people you’ve lost touch with that you bump into at events like this! 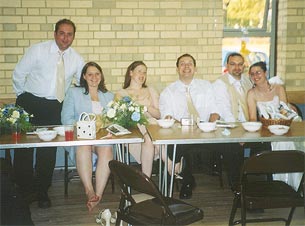 Was at Spike and Su’s wedding on Saturday down in Leyton in East London. I was ushering again, so had to hire a suit for the occasion… any more of this and I’m going to have to buy one!

I drove down on the Saturday morning, after picking up Jude from Stockport station who I was giving a lift to, and we got into London at one o’clock after a nice 4 and a half hour drive…

…hmmm… was slightly distracted by something then. Will come back to that in a minute…

It was a really nice day – although I was incredibly tired… especially since I’d only been able to get 3 hours sleep on Thursday night because of work. So travelling to London and back in a day was pretty hard going! It was nice seeing Rob and Lib again too – I’d not spoken to them since their wedding, so that was cool. Got back to Manchester at about 2am, so it was a VERY long day! There are some pictures of the day here.

Now to tonight’s distraction. I’m currently at work late doing a few bits and pieces, and my car’s parked right outside the office, and some git’s put their foot through my car window. Luckily they haven’t got away with anything because our building’s security guard saw him and chased him away, but there’s glass everywhere! Total nightmare! Now I’ve got to drive back with no window…