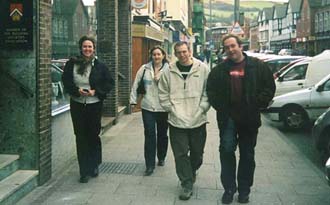 It’s been a busy few days. On Saturday morning, I decided to drive down to Newtown in mid-Wales because some of my old mates from uni CU were getting together for a weekend. It was nice seeing the guys again – Russ, Bin, Eve, Jon, Pres and Rhona. We went for a small walk in some forest somewhere, and went out for a meal at an Indian restaurant with some of Russ’ Welsh mates on the Saturday night (where, as tradition dictates, I ordered my standard chicken and chips with naan bread!!).

Got back to Manchester Sunday night, and then last night was witness to one of the maddest things I have ever seen!

Jamie arranged a group of guys to go out to Derbyshire late last night, and to bridge-swing off an old viaduct in the pitch black!! To be honest, even though I said that I was only going to watch, before we got there I thought that maybe I might be tempted to give it a go so that I could say that I’d done it. But after looking over the edge of the bridge and shining my torch to see the river rushing past 50 feet below, I decided that there was NO WAY ON EARTH that I was going to throw myself off the side of the bridge!! What they were doing sounds crazy, and it really was! 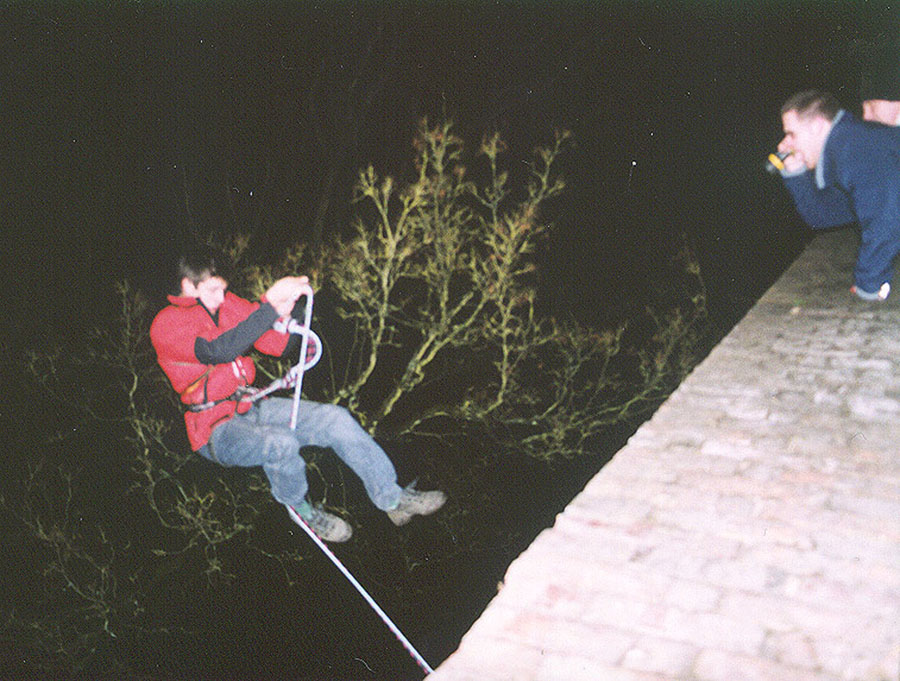 Basically, they tied two climbing ropes to one side of the bridge, and took them underneath and pulled them up to the other side where they were pulled tight and attached to someone wearing a harness. Then all that was required was for that person to hurl themselves off and swing under the bridge in a massive arc, hoping that they wouldn’t hit one of the nearby trees! And then when the swinging had subsided, a rope was thrown to them as they were lowered down to pull them into the bank of the river. It probably is a really cool thing to do, but the thought of throwing yourself off into total darkness, relying on a rope to stop you hitting the river was a little bit more than I could contemplate doing! Photos of the whole mad night are here!