And another month’s gone by… I must try and update this news page more often!!

Well, still waiting to hear when I can move into my new house – it’s looking like it won’t be until mid to late August – the only problem is I have to have moved out of my current house by the 29th July, which is a bit of a problem! I’ve got to find somewhere to store a house-full of furniture, let alone find somewhere to live for a few weeks myself! If I can’t move in until the end of August, I may just go off to Soul Survivor for 3 weeks ‘cos it’d be cheaper than staying in a B&B in Manchester! I’ve got the whole time off work, so it may be the best thing to do! It appears that the damp problem isn’t as bad as it sounded, but I’m still waiting to get official confirmation on that. Jeb & Nicky (whose house I’m buying) were getting the house they’re planning to buy surveyed yesterday, so hopefully if there were no problems, things may start moving pretty quickly.

Was down in Birmingham on Saturday night to meet up with a few guys who were on my masters course at uni – Surjit, Don and Mike. Was really weird seeing them all again – we left UCE Christmas 1997 – but was cool catching up with them. We went for a drink in the afternoon at one of the bars on the side of the canal at Broad Street, and in the evening went for a Balti… well, they went for a Balti – I had my usual meal of chicken and chips, not being a major fan of curry myself!!! :o) 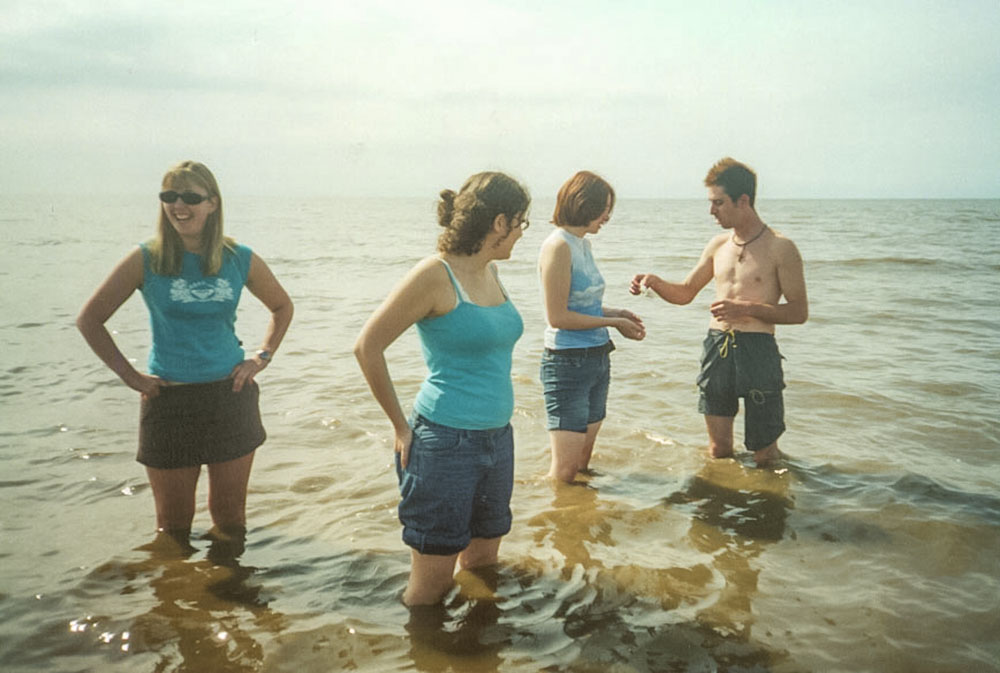 Had a really smart day on Sunday – a load of us from Reach went off to the beach for the afternoon again, and the weather was really nice! I took some shorts this time so I was able to go out into the sea – when we finally got to it! You can see some photos of the day here.

Work’s been manic as usual – last Monday I managed to do 23 and a half hour shift! (started at 8am, left the office at 7.30am) I’ve been working on a TV commercial for Manchester United’s pre-season tour, and had to get Sir Alex Ferguson to film some stuff for it, which stressed me out pretty much in the run up to it!! The ad is supposed to start running this weekend on Sky and ITV, just need to get all the tapes out to all the various tv companies now!